Children In Need’s Alex Scott went down a storm as she hosted the charity’s first ever virtual show in a glamorous black dress.

The former footballer and broadcaster, 36, presented alongside Chris Ramsay in an audience-free studio for the programme’s 40th anniversary. 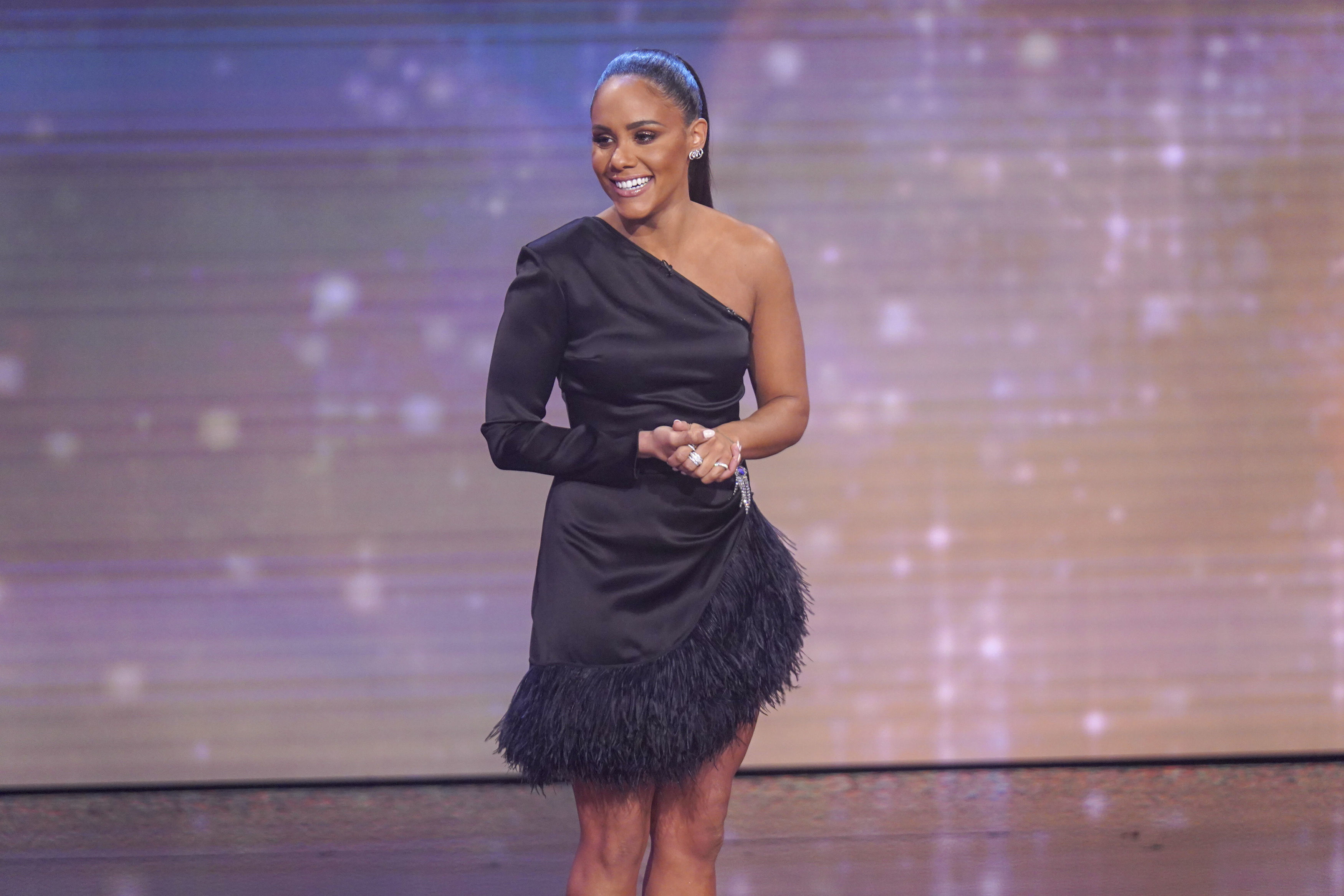 They were joined by some guests though, including the nation’s PE teacher, Joe Wicks.

The fitness guru was left speechless when he was told his epic 24-hour PE challenge had raised £2,248,479.

He had pushed himself to the limit, performing activities such as cycling, yoga and boxing along with celebrity guests. 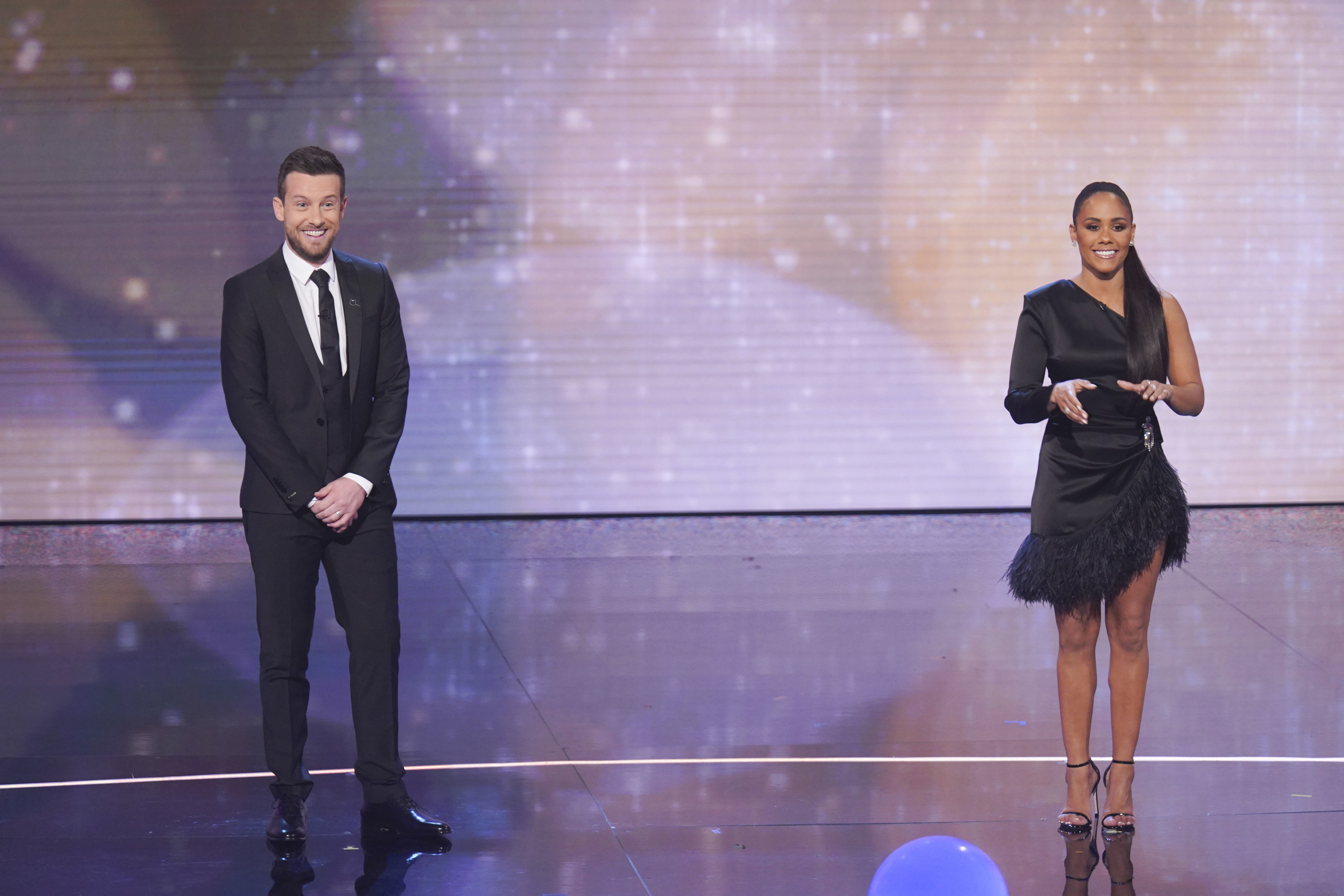 She presented with Chris Ramsay

Joe said: “That is incredible. I can’t believe… times are tough and people have been so generous. To raise 2 million is so much money, and it’s going to help so many children, so thank you to everyone that helped.

“I honestly don’t know how I did it. It’s been the longest day and night of my life. I’ve only had 2.5 hours sleep today, so I’m going to sleep all day. You know you have that adrenaline running through your body still, so I’m so exhausted.” 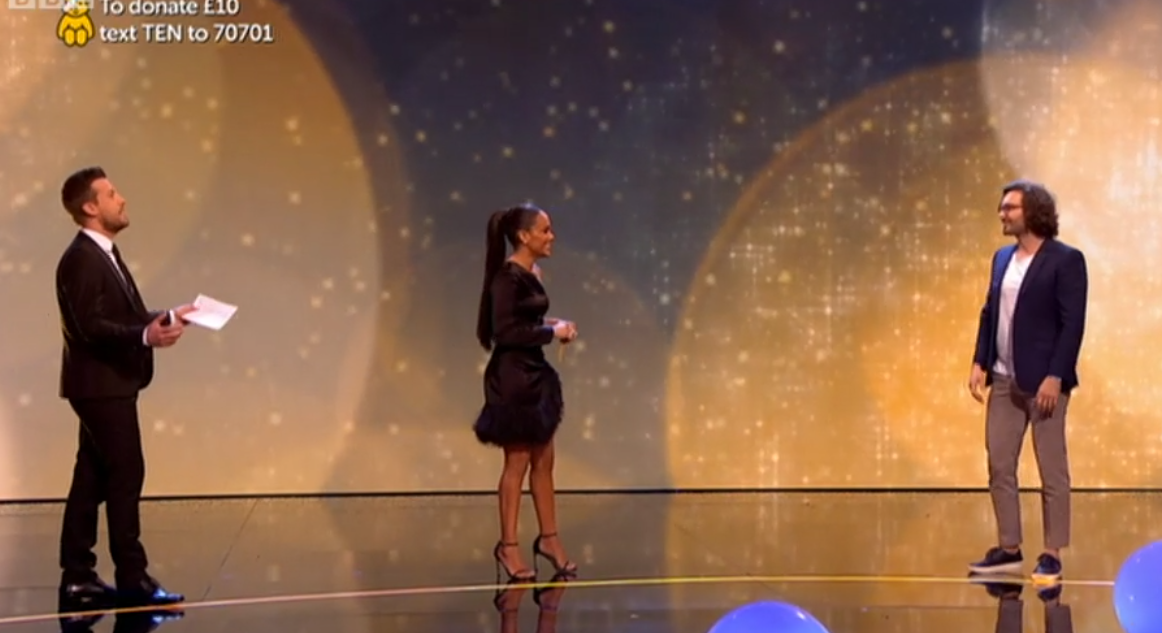 They were joined in the studio with Joe Wicks

Despite his superhuman effort and having had minimal sleep, Joe looked fresher than his body felt.

He continued: “My body aches, my bum, my legs, my feet. Everything. I’m so proud of what we’ve done. We’ve come together. People have been so kind and generous and raised money through that challenge.

“This is not just about me exercising. We’ve bought millions of kids together exercising. Being inspired by fitness. Changing their mindsets, and raising money for such an amazing charity.

“I don’t know how I got through it, but it was all the lovely guests, all the DMs and tweets that came through. The support. The music got me through it, the messages. I feel so disoriented. I feel like I’ve been out partying for two days.” 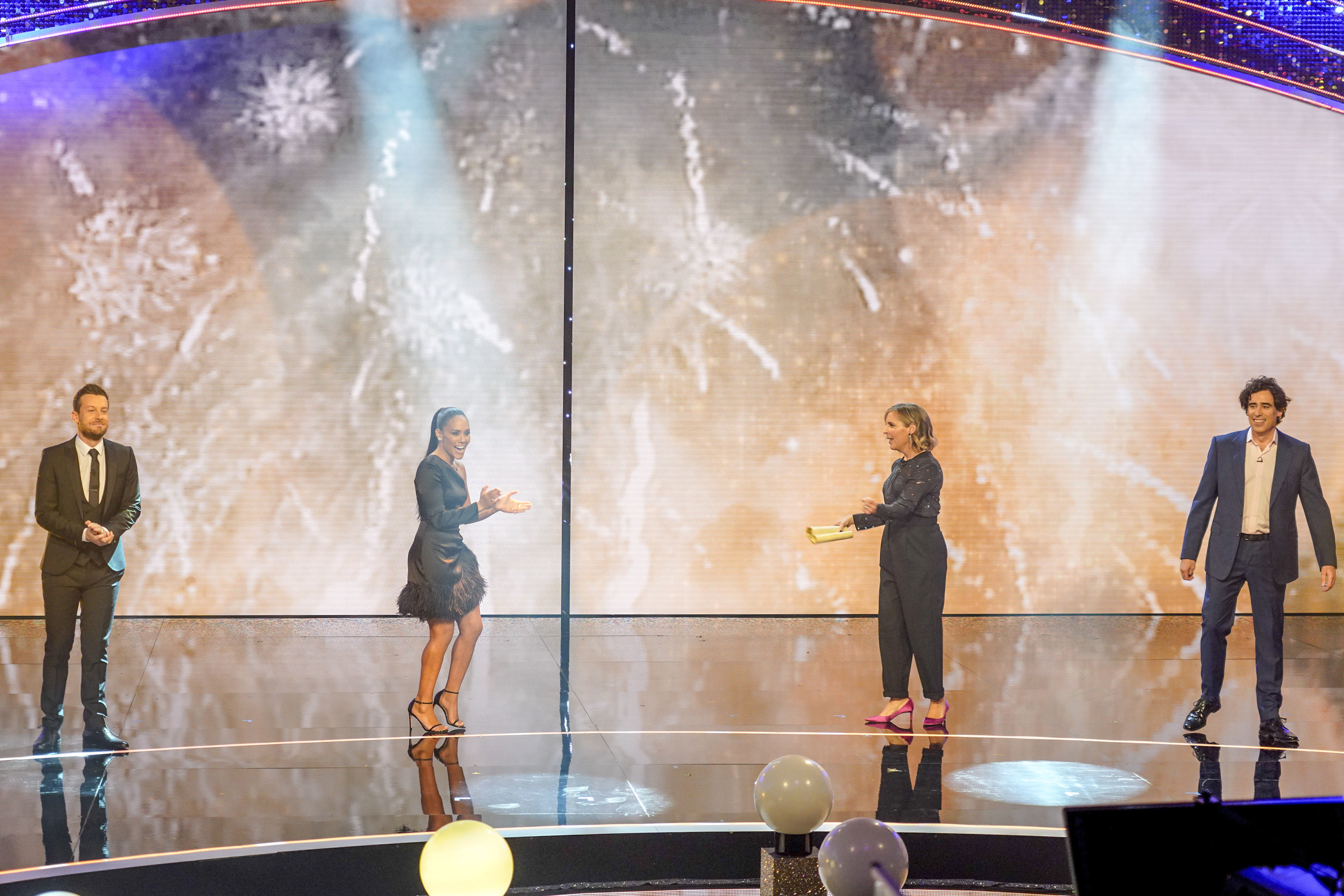 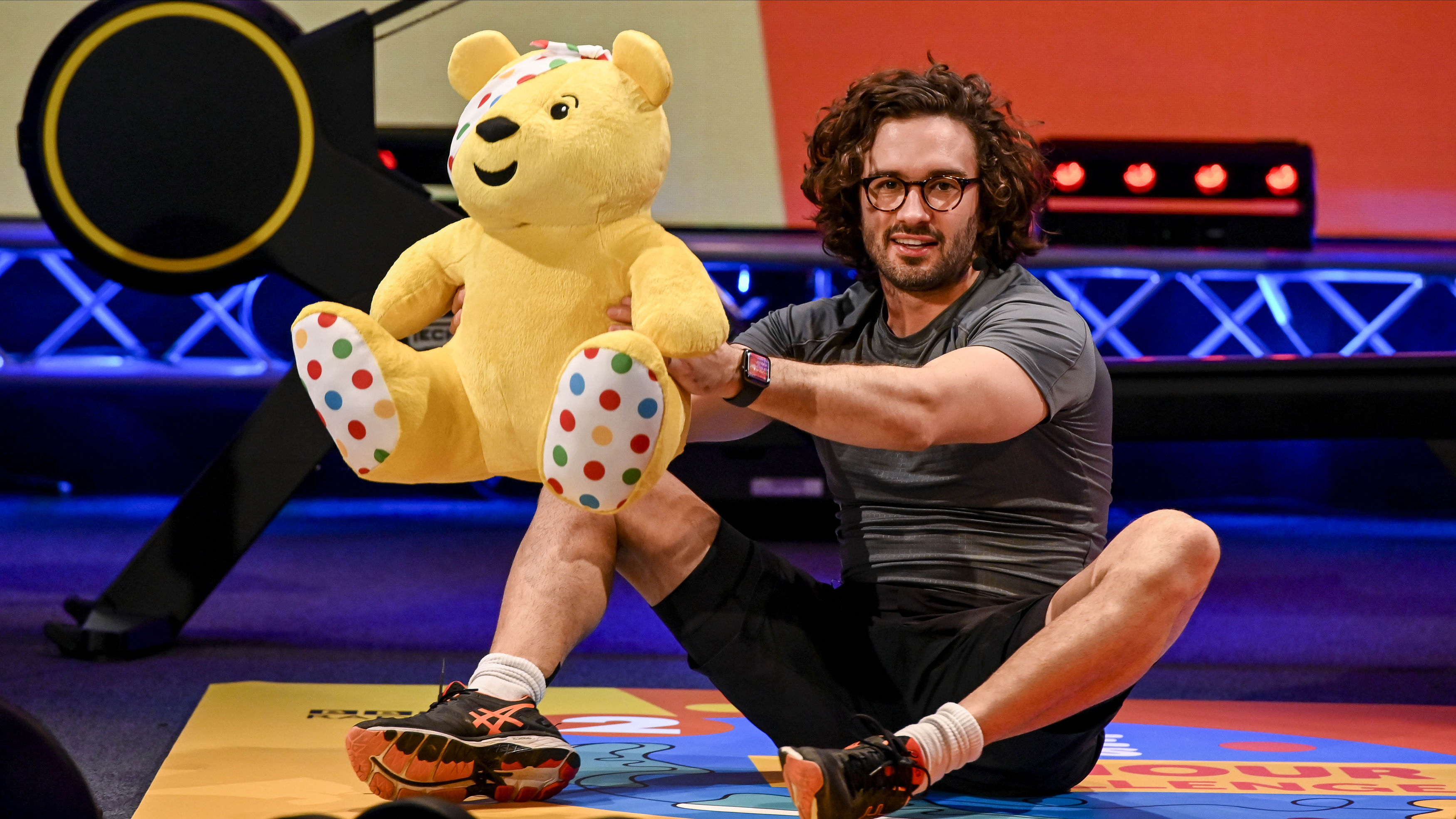 And it got even better for Joe, who was then presented with the coveted gold Blue Peter badge.

It was given to him by a young girl called Nelly, who wrote to Joe telling him his daily workouts had helped her through the first lockdown.

There was lots of laughter on tonight’s three-hour special too, with Little Mix having viewers in hysterics as they were “shrunk” for a sketch with mini Dick & Dom.

The group appeared on the charity spectacular as a trio, with Jesy Nelson remaining absent.

They were interviewed by the kids telly favourites, whose simple, high-pitched questions had the girls roaring.

Perrie could barely speak as the helium-voiced duo asked what she likes.

One viewer wrote on Twitter: “This has made my day. My sides hurt from laughing so much. This is the reason why I love being a fan of @LittleMix.”

A second said: “Diddy Dick and Dom and diddy little mix have to be the best thing on #ChildrenInNeed2020 ever! Brilliant,”

A third chuckled: “This is brilliant.”

Elsewhere, the star-studded rendition of Stop Crying Your Heart Out moved viewers to tears, while Danny Dyer was reunited with his EastEnders co-stars Tony Clay and Roger Griffiths as he hosted a special edition of The Wall.