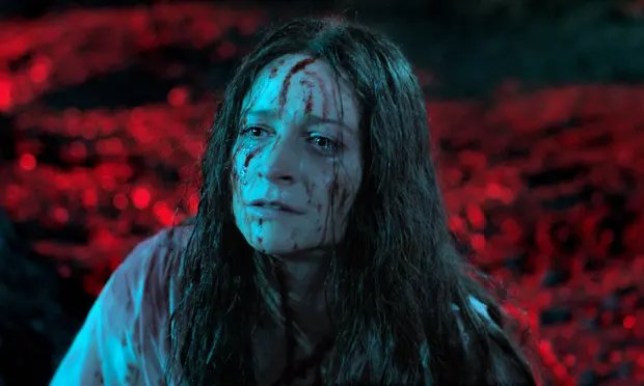 Censor is one of the most talked-about movies from Sundance (Picture: Sundance Film Festival)

New horror movie Censor has been widely tipped as one to watch in 2021, following its debut at Sundance Film Festival.

The British horror, which is set in the era of ‘video nasties’, sees a young woman (Niamh Algar) working for a video censorship company in 1980s London, deciding which cuts to make to the ultra-violent films being produced before they go on general release.

Her life ends up spiralling when she views a brutal film which mirrors an unsolved tragedy in her family’s history, wondering whether the answers to her grief lie in the bloody horror film she has been asked to censor.

The psychological thriller, directed by Prano Bailey-Bond, has become one of the most talked about films from Sundance, which kicked off last week, with many flagging it as one to watch in the upcoming year.

Those among the first to view the film took to Twitter to rave about it, tweeting: ‘I’ve seen my first truly great horror film of 2021 and it’s Censor. Smart, woozy, nightmarish, beautiful and ticked ALL my horror boxes. Amazing work @pranobaileybond!!’

#CENSOR made my little, sheltered-in-place, horror-loving heart happy. The line from the film âYouâre probably going to dieâ was pretty great. #Sundance

CENSOR – absolutely for me. Some narrative missteps, but all of the other elements of the film tie together nicely. It may be a gimmick, but I’m a sucker for changing aspect ratio as literal framing. Great use of historical research.

CENSOR
Loved it!! Retro 80s horror with the utmost respect for the genre and retelling of the video nasties. One of the few horror films Iâve seen in a while that keeps its momentumâs throughout. Gory, trippy and with a fun mind bending ending. Itâs just awesome! #Sundance2021 pic.twitter.com/GWkP3yS983

Others added: ‘Censor is the best British horror in years’ and ‘Little British horror film called Censor coming out soon. Defenitely check it out if you get a chance.’

Past Sundance successes which have become huge mainstream hits include Call Me By Your Name and Napoleon Dynamite, as well as horrors including Saw, Get Out and Hereditary.

The theatrical release date is not yet known for Censor, but the possibility of release in cinemas will largely depend on when it is safe for them to reopen amid the ongoing coronavirus pandemic.