JAMES Cracknell revealed his testicles were left hanging out of his pants as he was interrogated on Celebrity SAS while wearing women’s underwear.

The Olympic rower, 50, burnt his Lycra shorts on the stove while drying them and his only alternative was to put a pair of hot pants left behind by Shanaze Reade. 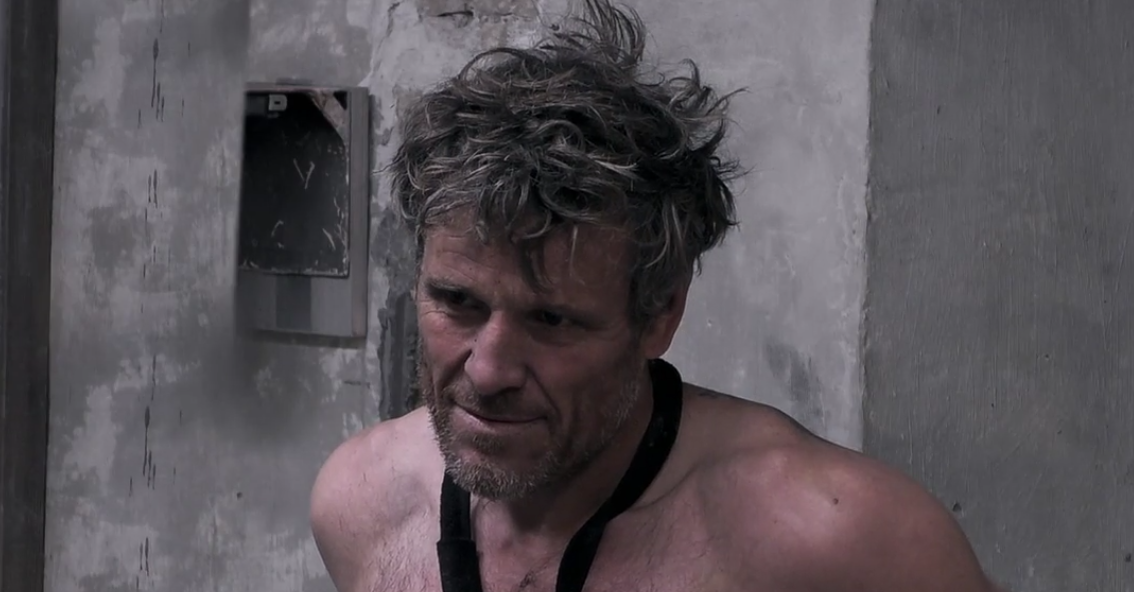 He’s left shivering as he strips off in a cold roomCredit: C4

Ahead of tonight’s series finale, he explained how the underwear gaffe caused him more problems than the brutal interrogation itself.

He said: “They drag you into interrogation and the lady starts screaming at me about whether I’m wearing anything under my kit. I didn’t say anything and then she made me strip and change into a boiler suit.

“So I’m standing there in Shanaze’s hot pants. Then I’m back in the stress position again for another hour or so.

“I remember sitting down in interrogation in this stress position, and because they were Shanaze’s pants I had one b*****k hanging out either side of the crotch, sitting on a cold floor.

In a video clip from tonight’s episode, James shivers as he stands in a freezing room while being grilled by the interrogator.

He refuses to be drawn on his rowing career and the exchange is as frosty as the weather conditions.

Watching in another room, Ant Middleton and his team can be heard saying: “He doesn’t like it at all.”