Gareth couldn’t quite meet the standard of the other contestants (Picture: BBC)

Gareth Malone was the latest eliminated star in this week’s closely fought and ambitious Celebrity MasterChef quarter-final after biting off a little more than he could chew with his dishes.

The nation’s favourite choirmaster was tripped up by a lumpy vegetable mash and ‘curdled’ custard in a heat where his fellow contestant, All Saints singer Mel Blatt, didn’t put a foot wrong and sailed through to the semi-finals.

Gareth, Mel and EastEnders actor Cliff Parisi where tasked with preparing two-course dinners for judges John Torode and Gregg Wallace as well as special guests in the shape of 2019 finalists Vicky Pattison and Neil ‘Razor’ Ruddock and 2018 champion, John Partridge.

TV star and music specialist Gareth, who triumphed on Great Celebrity Bake Off, went for the tough to cook bavette steak for its flavour, with a swede, celeriac and carrot mash.

Despite his meat being perfectly cooked, the cut is traditionally chewy, which didn’t go down too well with the meal’s judges.

His vegetable mash also found little praise, with Vicky calling it ‘lumpy’ and Gregg exclaiming: ‘I really do not like that veg mash at all!’ 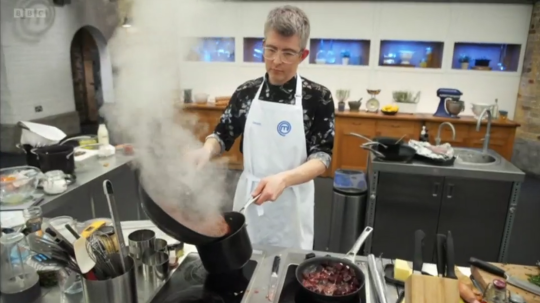 The Choir star set himself a tricky challenge with bavette steak too (Picture: BBC) 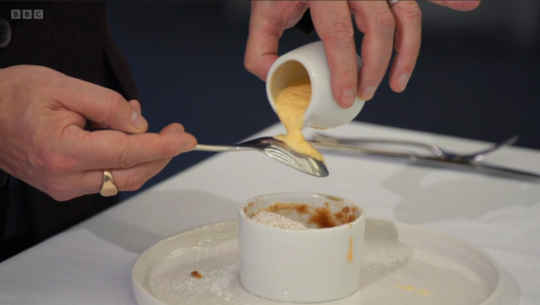 His lumpy custard was the straw that broke the camel’s back in a closely fought episode (Picture: BBC) 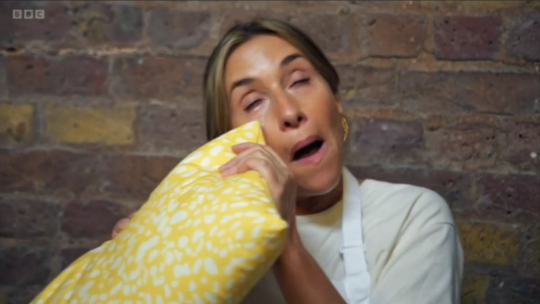 Mel Blatt had a teary moment after getting her food out without a second to spare (Picture: BBC)

Gareth’s apple sponge was more of a hit, with everyone enjoying its flavour, but John, Gregg and Vicky could not get past the fact it had officially ‘curdled’.

However, despite completely changing her menu just the day before the quarter-final, Mel officially achieved her mission of ‘blowing everyone’s socks off’ with her two courses of cheese fondue with steak sandwiches and a smoked haddock open lasagne and mustard sauce.

In fact, despite Vicky declaring the lasagne was ‘the last thing’ she would ever order, after tasting it she admitted: ‘Well, when I’m wrong, I’m wrong! I’m a new woman!’ 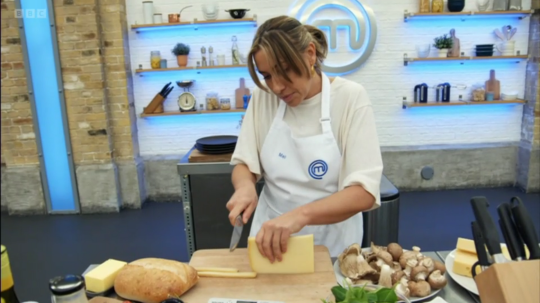 The singer was flawless with her meals in the quarter-final (Picture: BBC) 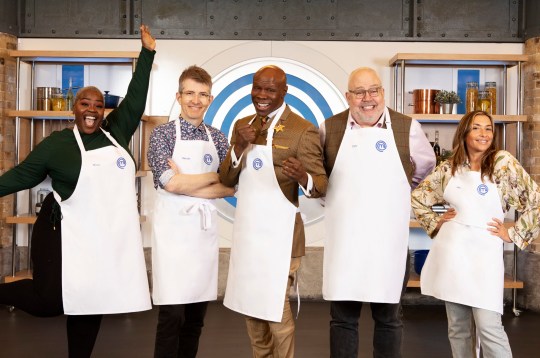 Cliff wowed everyone with his greek-style lamb chops, lemon potatoes and yohurt, but came off the boil a bit with his ‘watery’ take on rice pudding, complete with brandy-soaked raisins.

As Gregg and John praised all three for there being ‘no lack of ambition’, it was Gareth who was shown the door, joining former co-stars Chris Eubank (despite his unbelievable knack for delivering TV gold) and Queen MoJo.

The Choir star revealed he was looking forward to cooking beans on toast for a brak but said: ‘I am really sad, I am really upset about it, but it’s sparked a huge interest in cooking in me.’

Celebrity MasterChef continues at 9pm on Tuesday on BBC One. 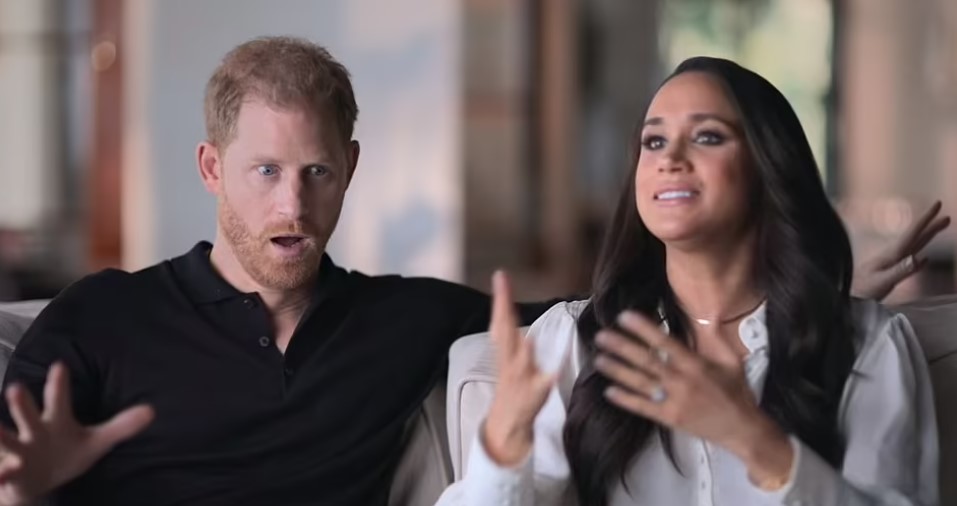 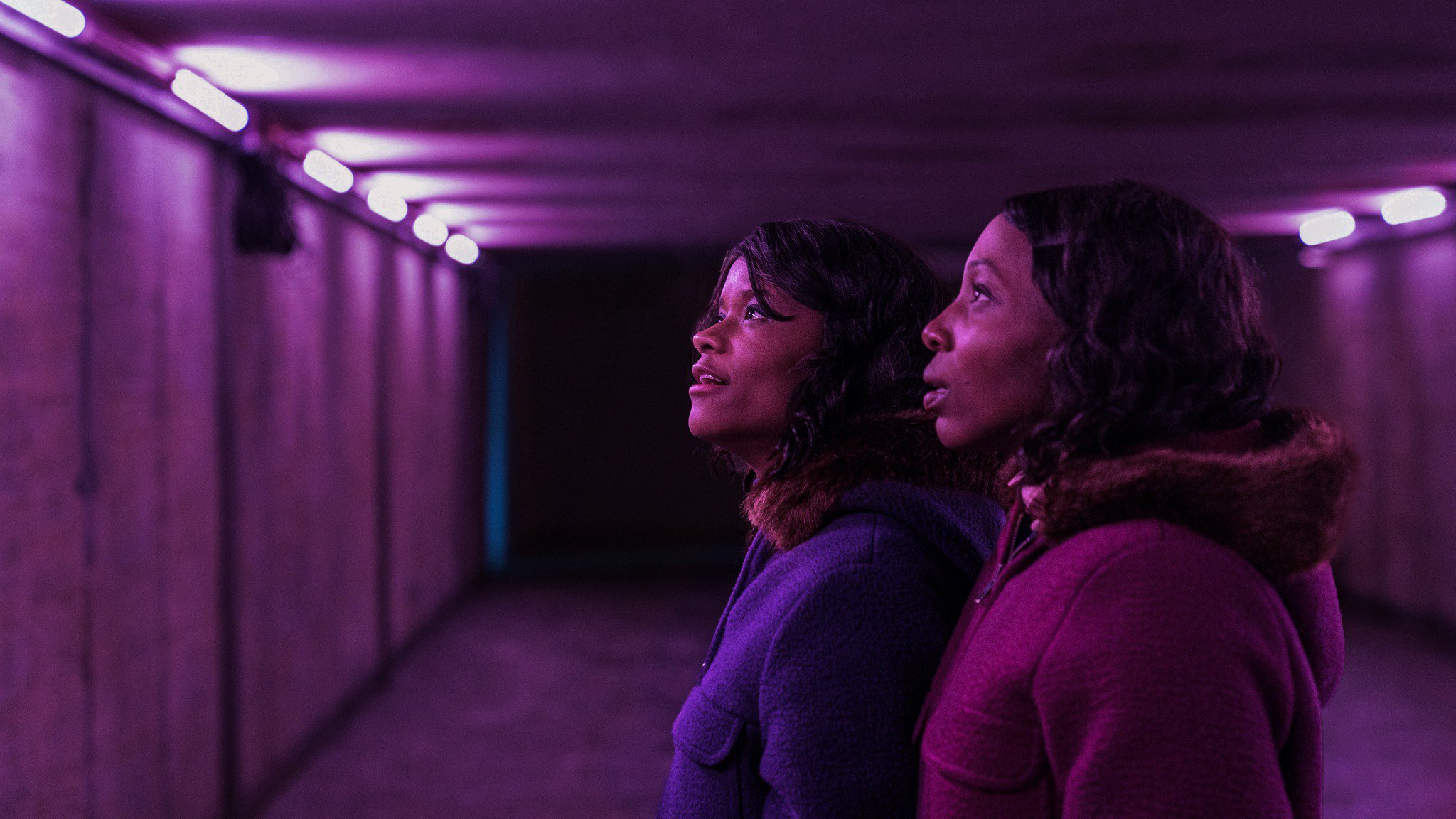