CELEBRITY Masterchef is back with its strongest line-up in years as Katie Price and Rita Simons grab frying pans and go head-to-head in the kitchen. 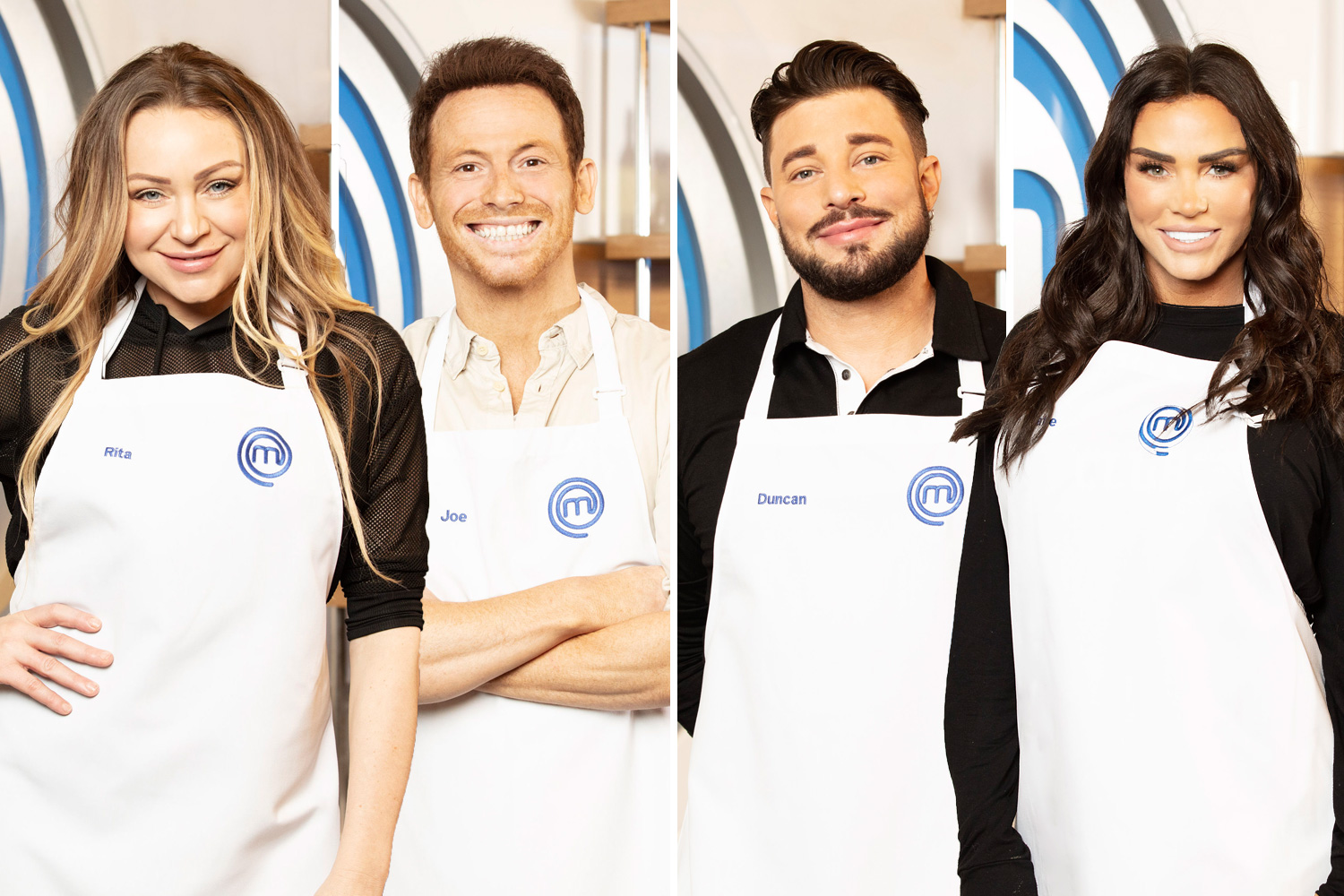 As usual, Gregg Wallace and John Torode will be in charge, while guest chefs including This Morning’s Nisha Katona will be judging their talents.

MasterChef is already dramatic – but throw in a hefty dose of Pricey into the mix and you’re sure to have a recipe for mayhem.

Here we reveal the full line-up of stars who will be chopping, slicing and sizzling their way to the title for six glorious weeks. 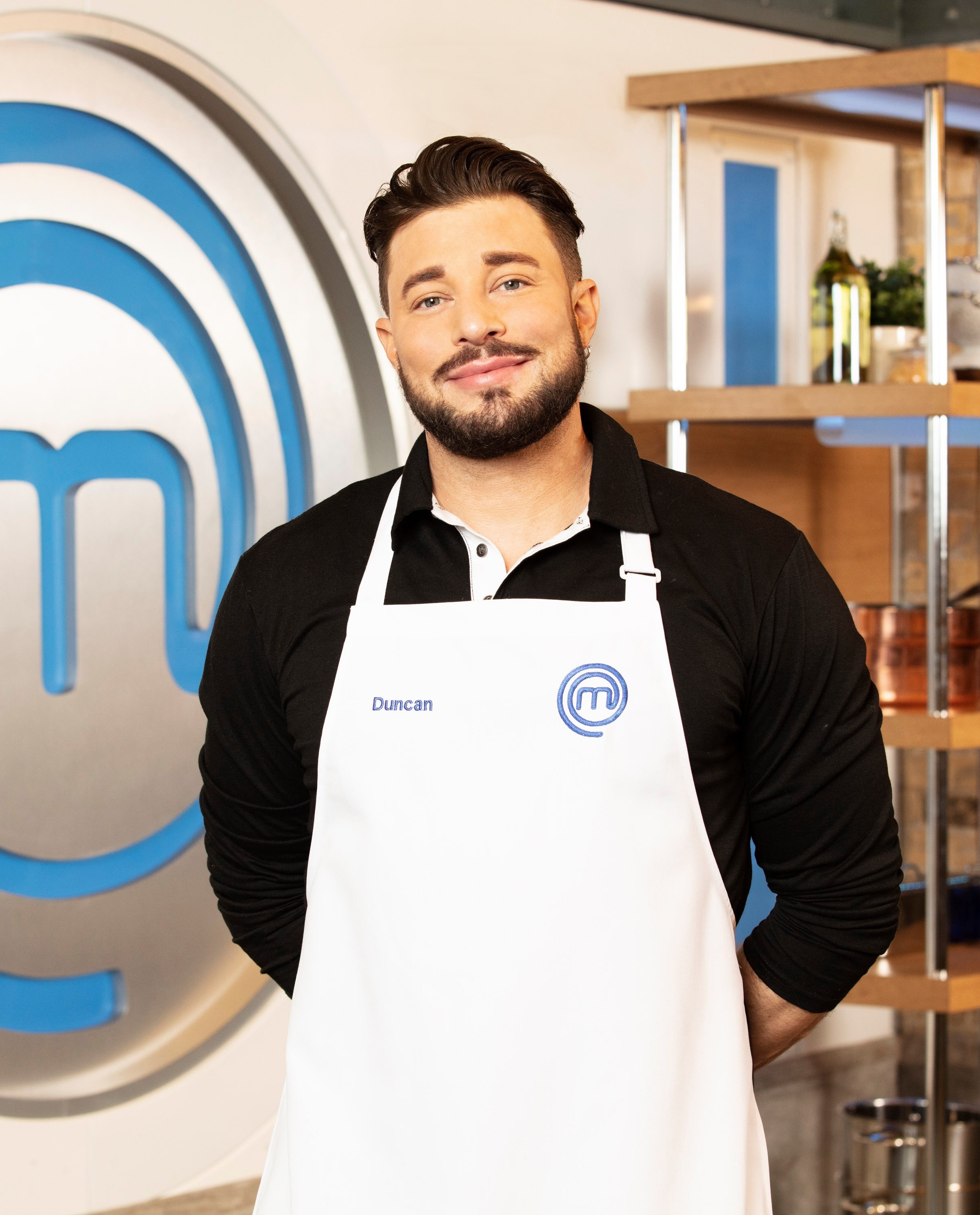 The Blue singer, 43, will be singing All Rise to his soufflés as he attempts to follow in the footsteps of last year’s champion, YouTuber Riyadh Khalaf.

Hopefully he’ll do better in the kitchen than bandmate Lee Ryan, who stormed off Hell’s Kitchen after an argument with Marco Pierre White. 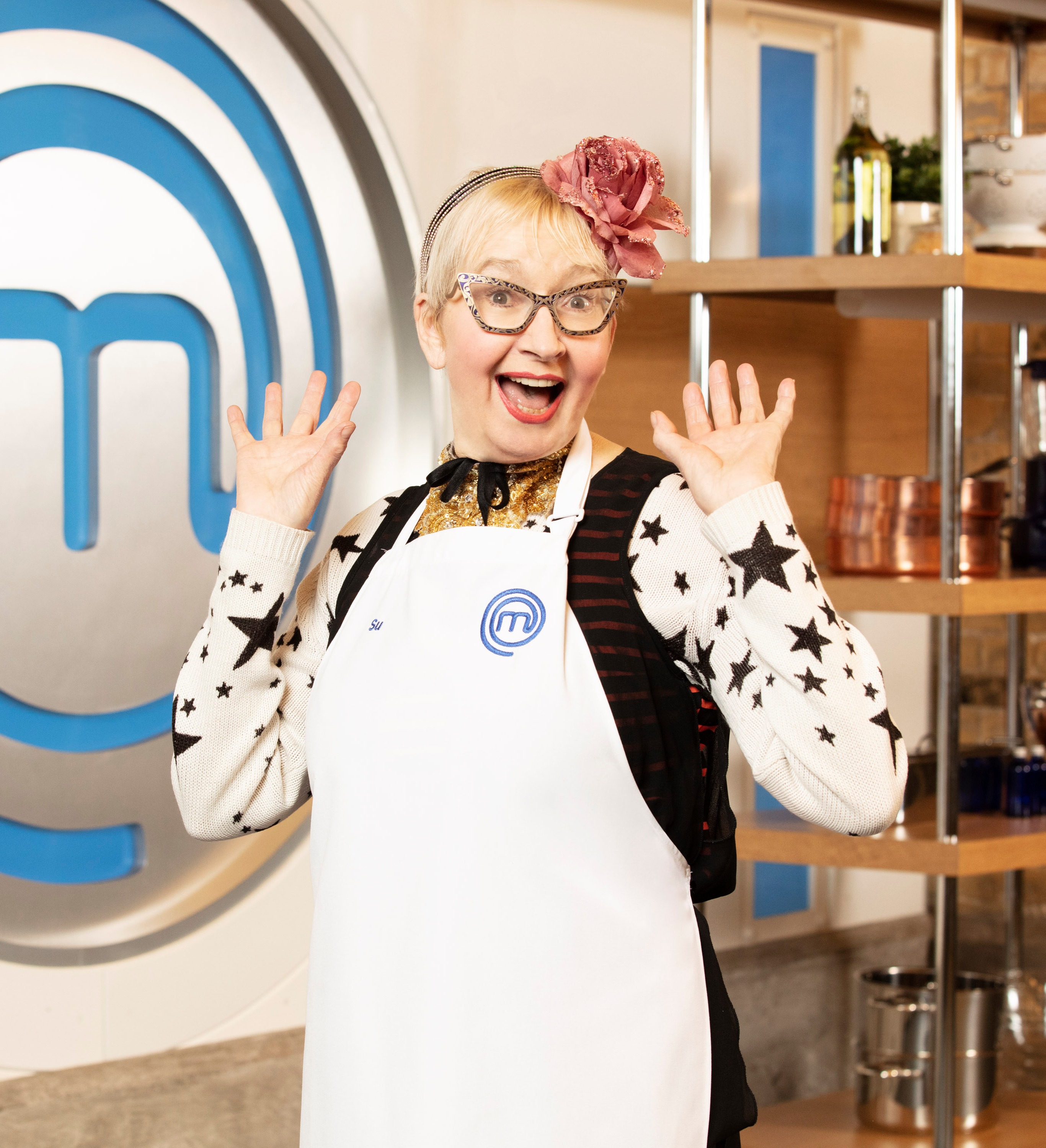 MasterChef bosses have described actress Su – quite rightly as a “national treasure”.

The 71-year-old star became a household name in 1980 after she was cast as chalet maid Peggy Ollerenshaw in Hi-de-Hi!

But will it be a case of happy campers in the kitchen? 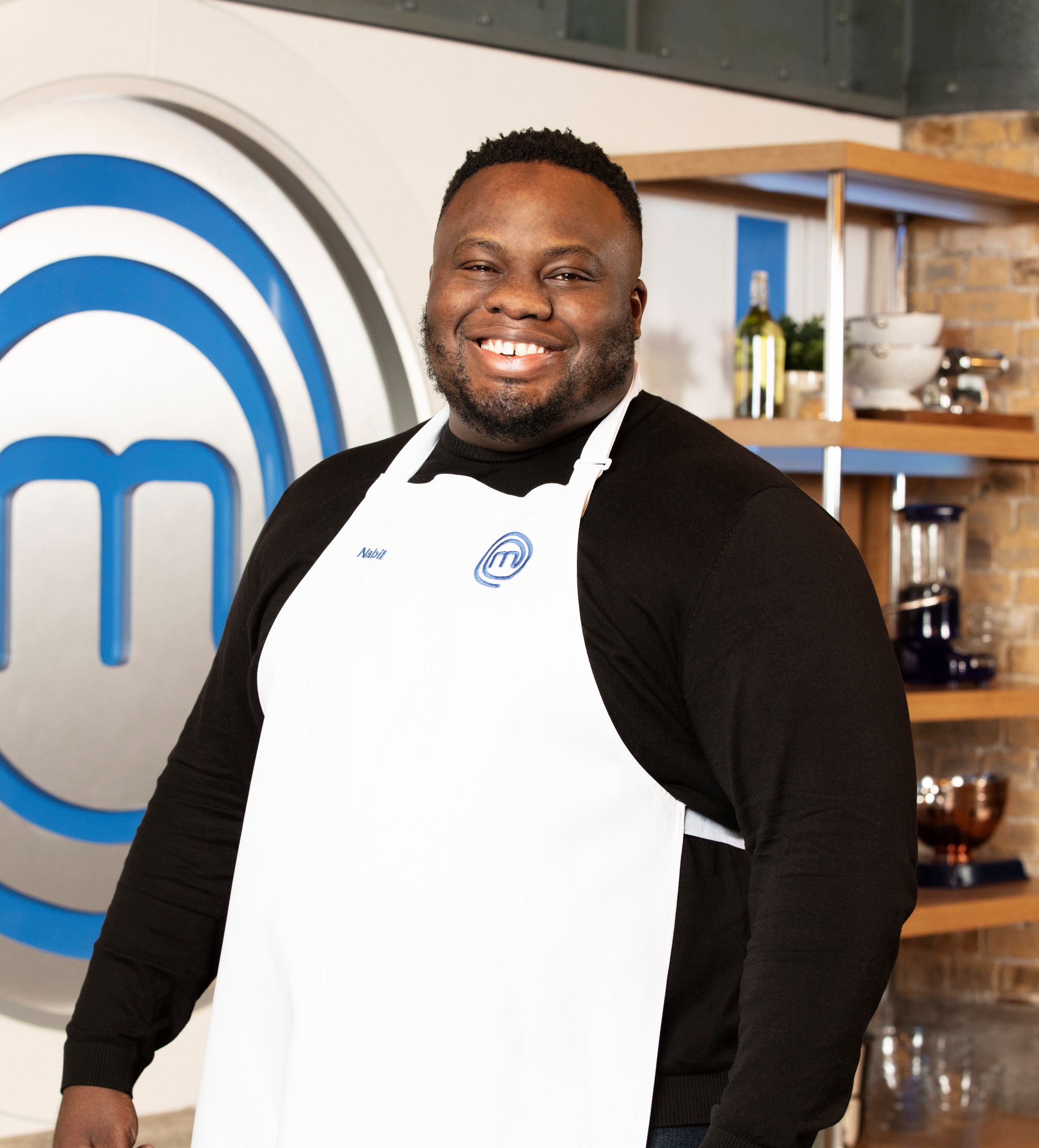 He got to the final of Britain’s Got Talent last year – on a wave of Ofcom complaints – thanks to his edgy routines.

Now, 35-year-old comedian Nabil is set to be unmissable viewing on Celebrity Masterchef.

Insiders reckon the stand-up should be getting nothing but compliments for his cooking, as the funny-man is said to be a “pretty decent cook”. 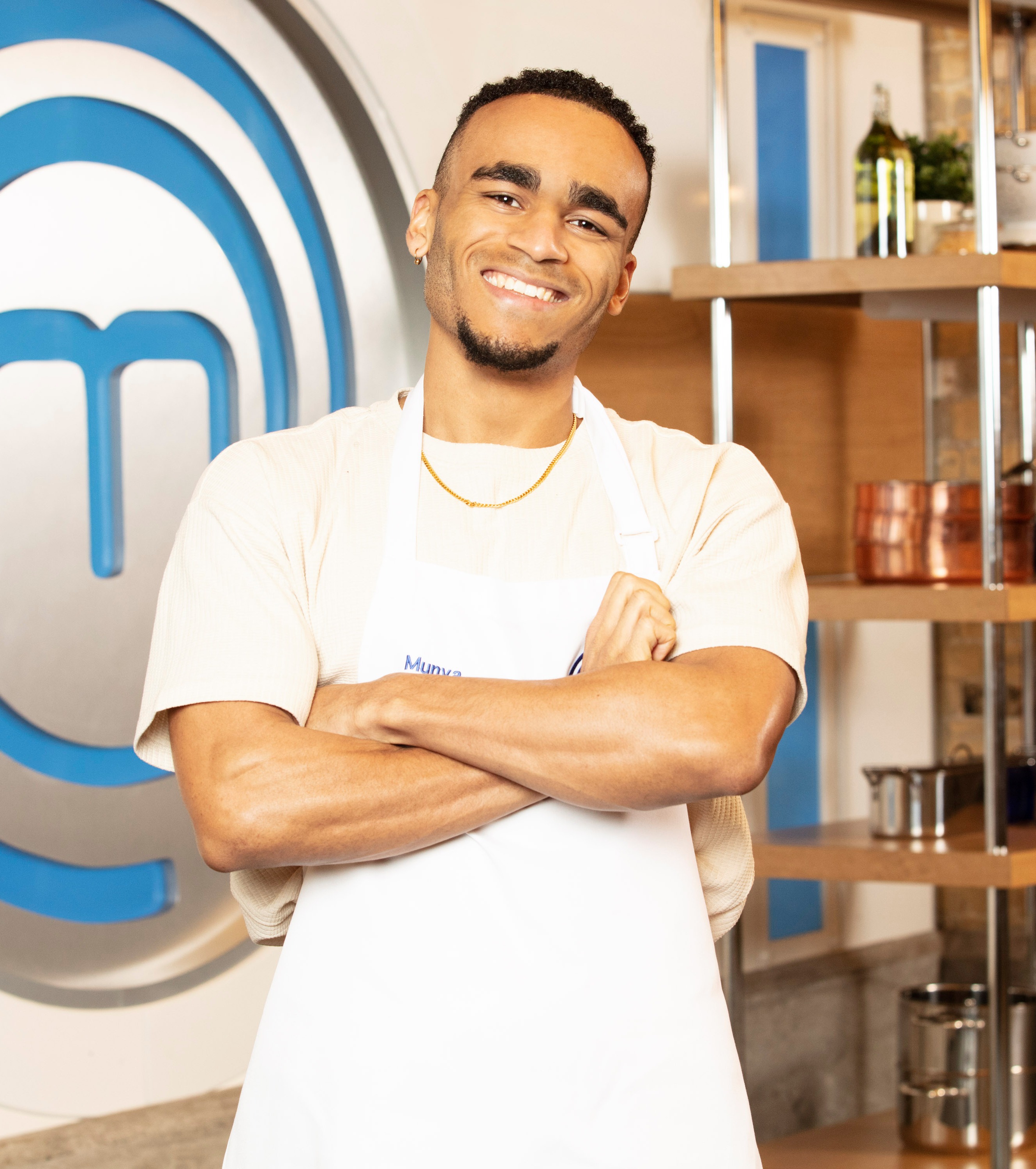 Comedian Munya Chawawa has been teasing his appearance on social media

Comedian Munya Chawawa is known on social media for his sketches where he plays characters like posh drill rapper Unknown P.

Now the 28-year-old is bringing his skills to bear in the MasterChef kitchen. Will there be any time for laughs with John and Gregg bearing down on him? 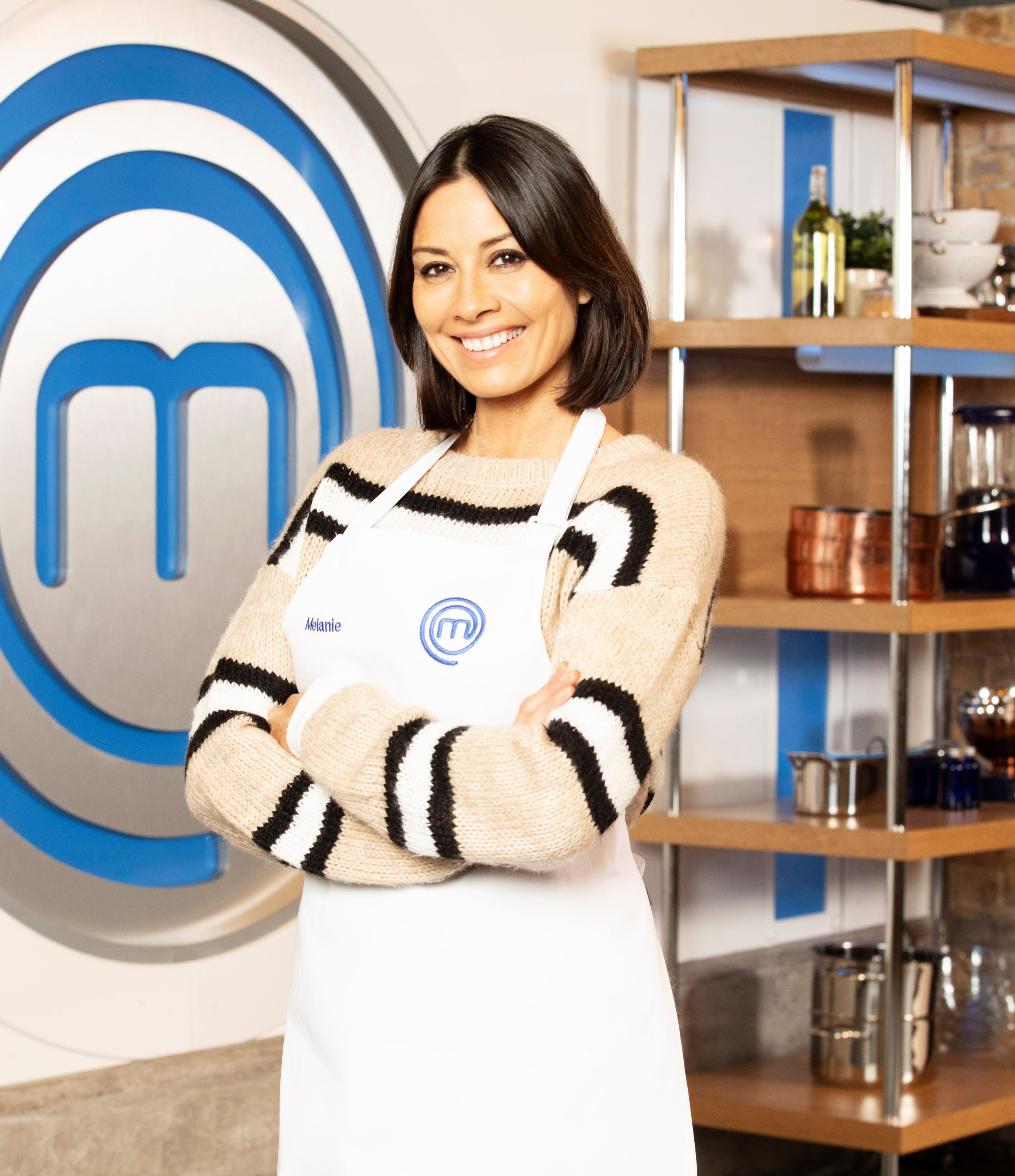 But what the 50-year-old presenter‘s own talents are like we have yet to see.

She is famous for fronting those iconic beer ads in the 90s – steak a la Boddingtons, anyone? 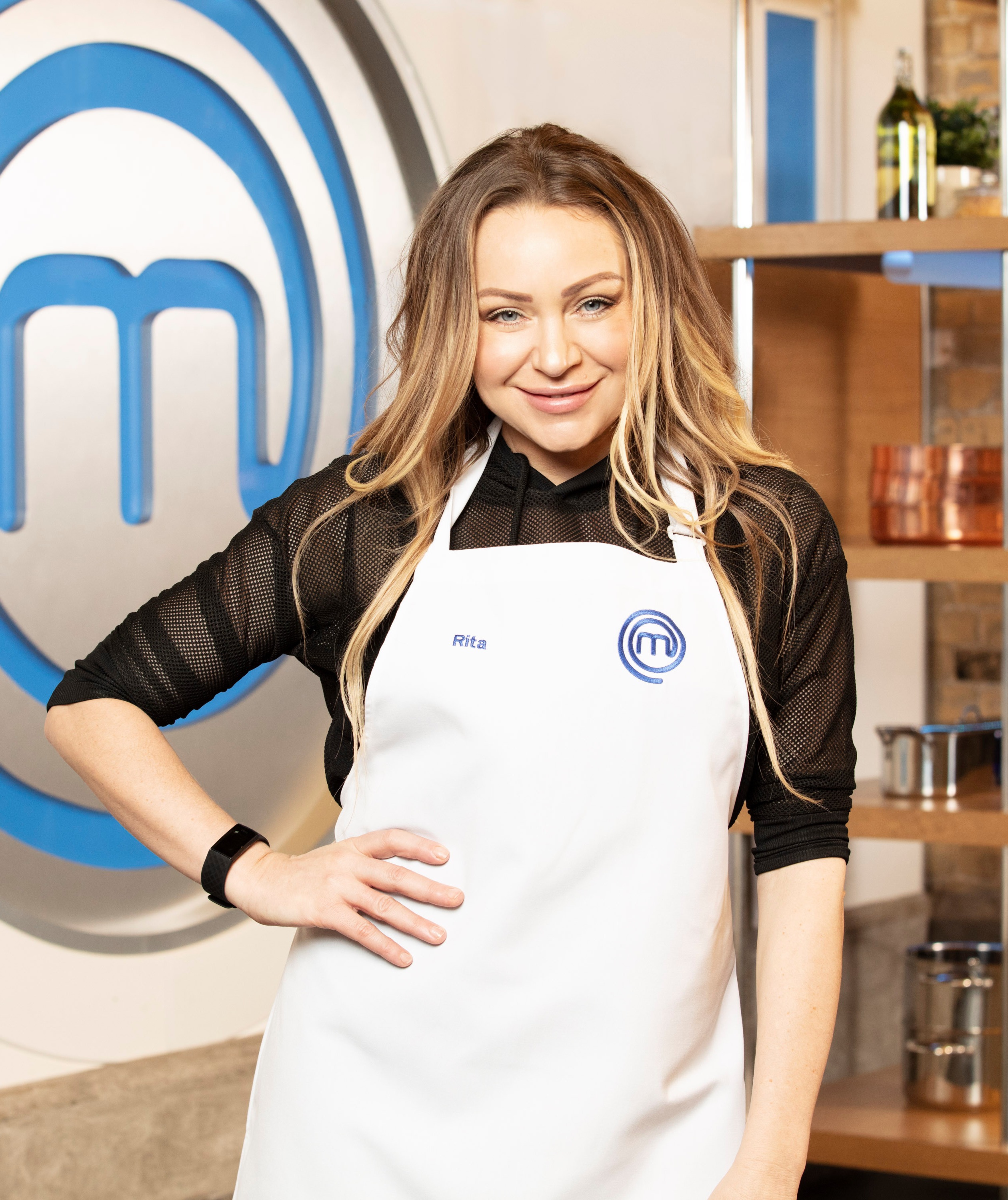 She was famously killed off as EastEnders Roxy Mitchell in 2017 – but how long will Rita Simons survive in the kitchen?

Let’s hope she serves up something better than the Queen Vic’s pub grub.

But if nothing else it will be great to see the much-loved actress, 44, back on our screens. 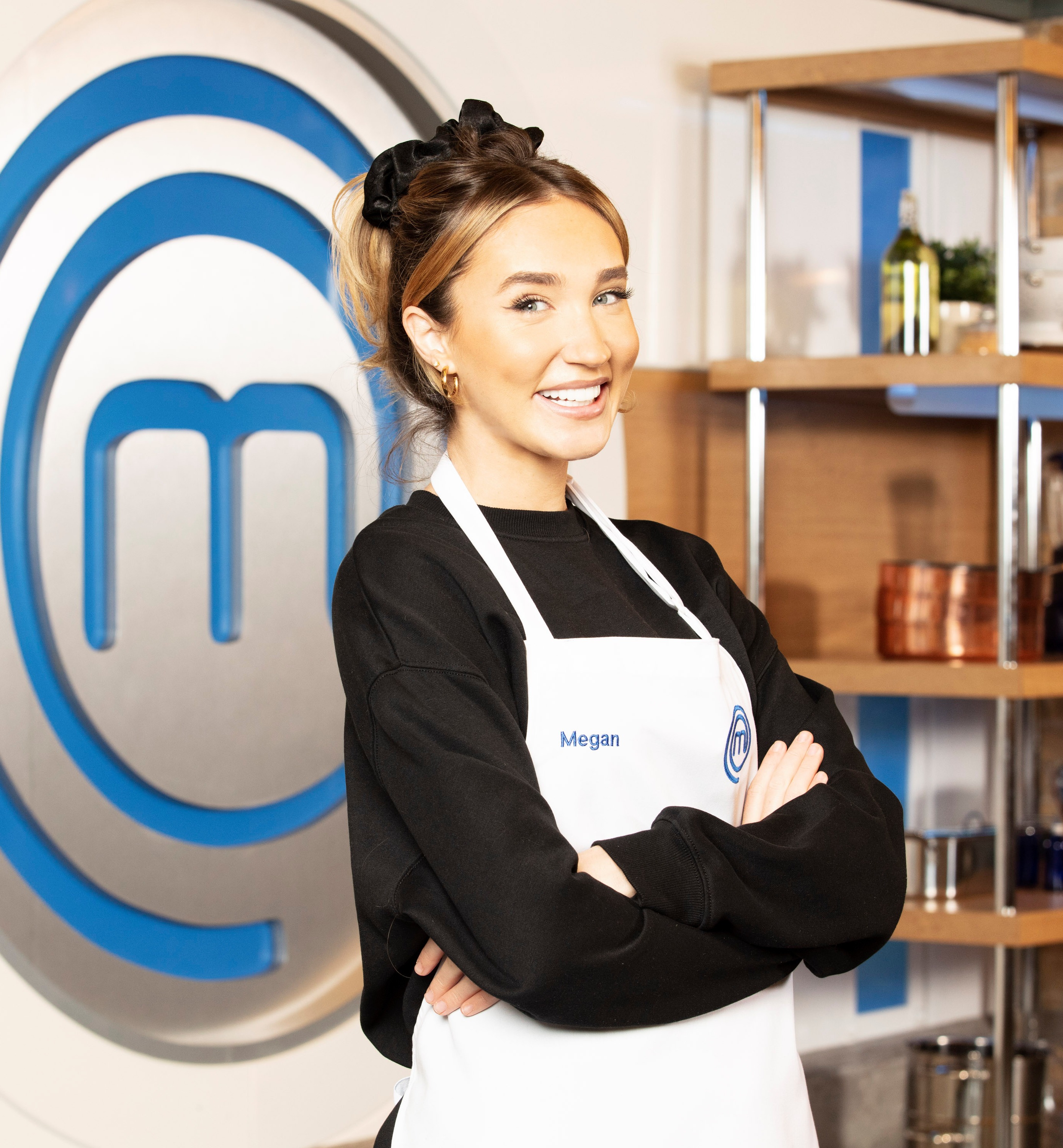 We know her McDonald’s order (“extra gherkins, no bun”) thanks to her sweary social media posts, but we’ll be interested to see what Megan makes of fine dining.

Given her track record in smashing reality TV – X Factor: Celebrity, Towie and co – we wouldn’t bet against the 28-year-old triumphing once again. 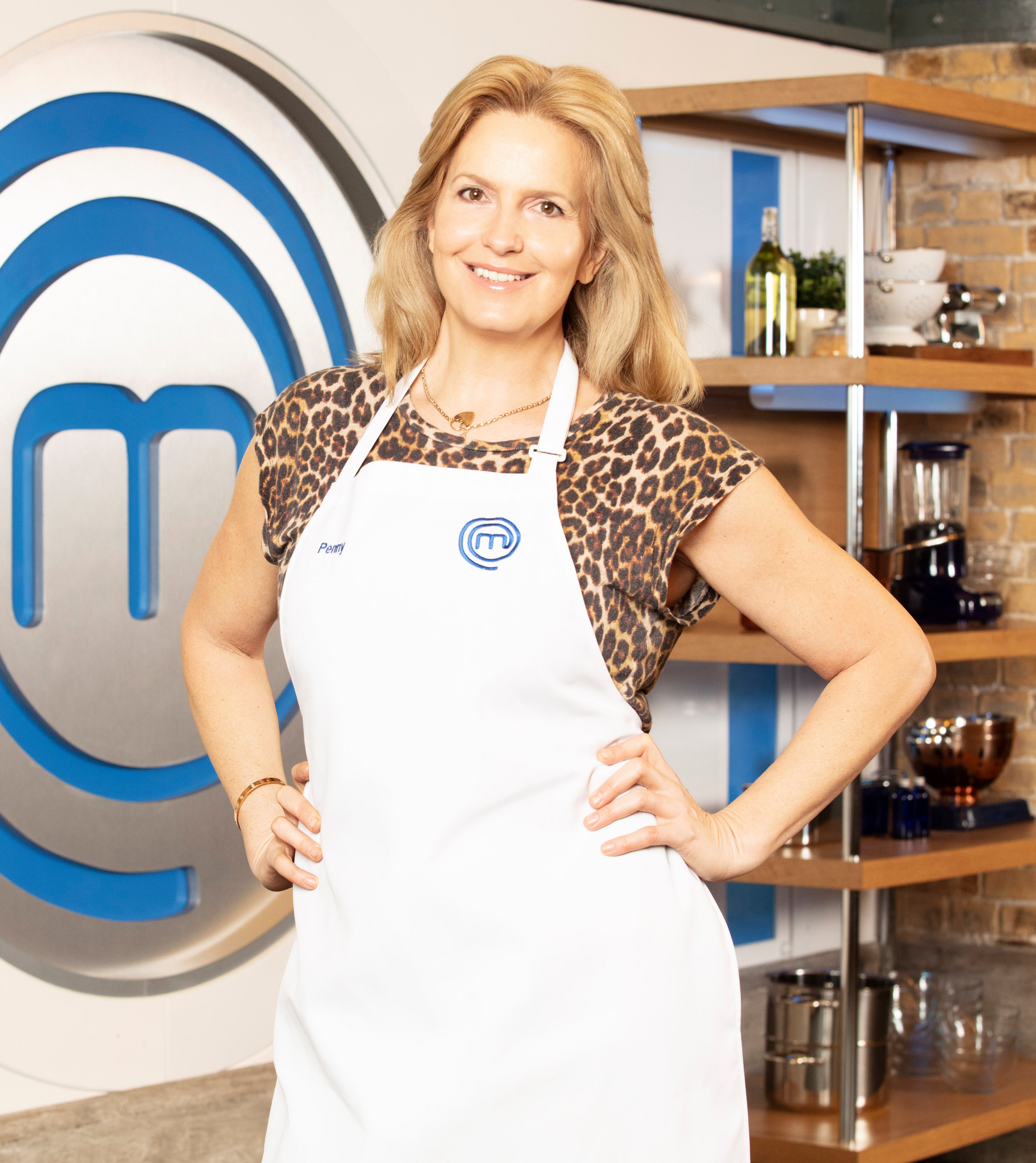 The 50-year-old is certainly no stranger to fine-dining, getting dinner at London celeb hotspot The Ned with her husband almost the moment lockdown was lifted this month.

He’s one of the kings of Savile Row, but the Great British Sewing Bee judge and tailoring mastermind has traded in his sharp suit for a stained apron.

The 48-year-old Scot will turn his talents to cooking – and instead of marking other people’s work he’ll have Gregg and John to contend with. 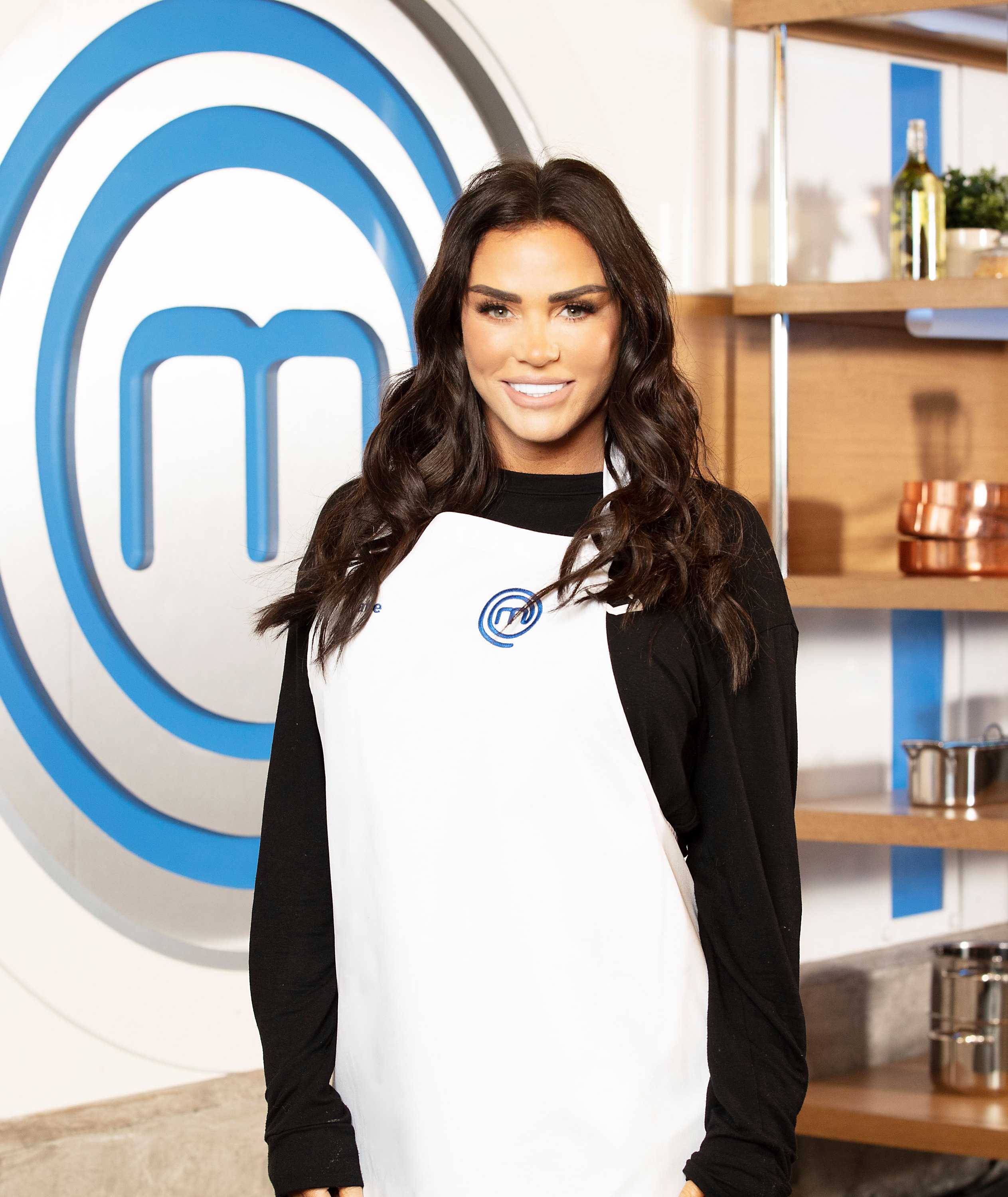 She’s most used to cooking up media storms in her rollercoaster life as a reality star and mum of five.

But now we get to see Pricey – who says she’s honed her skills cooking for her “fussy” children – whipping up dishes.

A source told The Sun: “Katie’s really excited for people to see a different side to her – she’s actually a really good cook, and wants to show off her kitchen skills.” 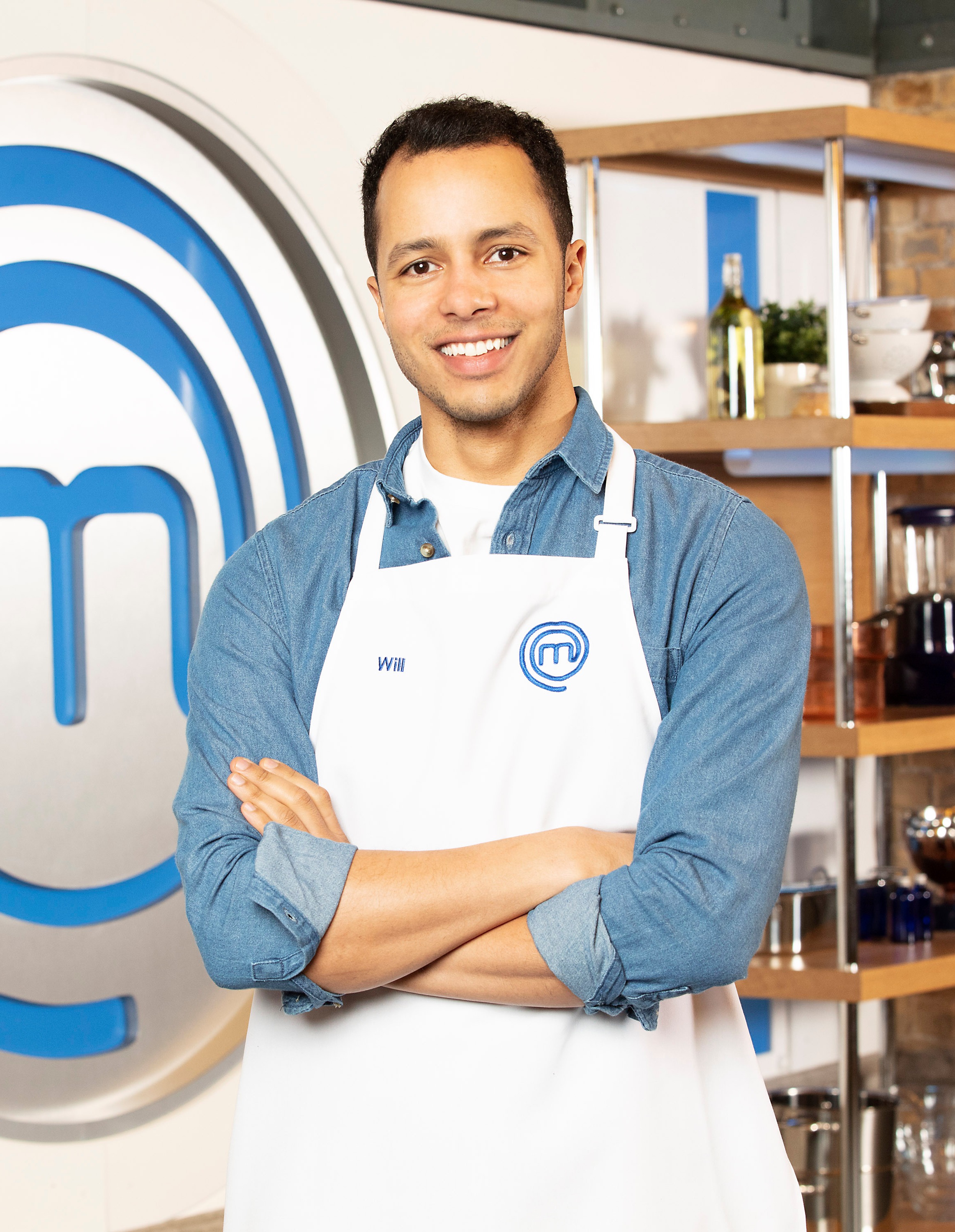 The Repair Shop’s Will Kirk has hours to restore antique furniture on the sleepy BBC nostalgia hit.

It might be something of a change of gear on Masterchef, where Gregg Wallace likes to stomp around shouting while people are trying to cook. 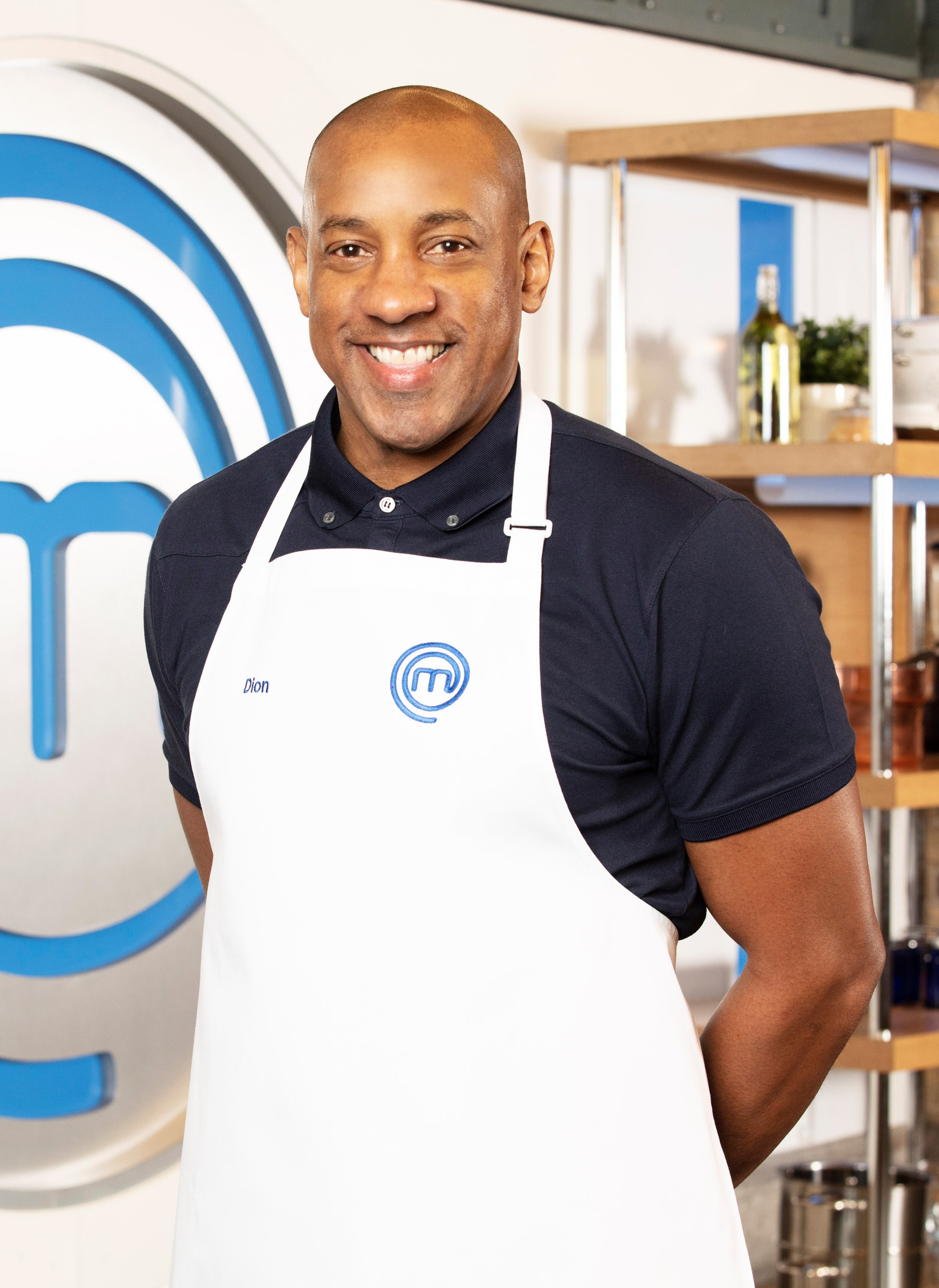 Football legend Dion Dublin can handle the heat on the pitch – but the kitchen?

Ex-footballer Dion Dublin is best known these days not just for his sporting prowess but for hosting Homes Under The Hammer.

Can the 51-year-old add cookery and ‘Masterchef champion’ alongside goal-scoring and property on his ever-growing CV? 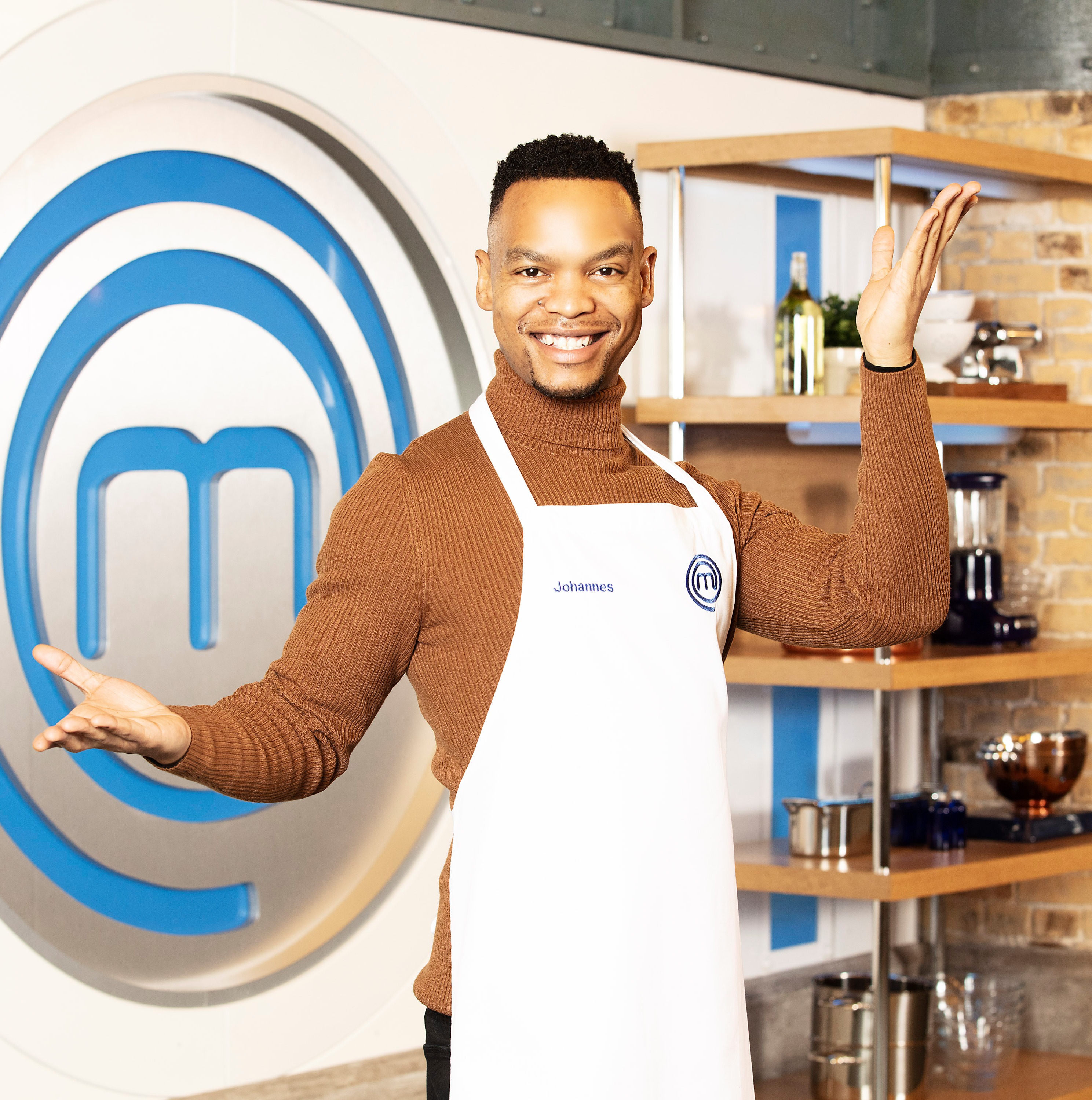 Johannes – one of the few stars to make an effort with an elegant pose in their Celebrity MasterChef kitchen – is sure to be hilarious.

The Strictly Come Dancing favourite made history as one half of the show’s first same-sex dance in 2019? Will 2021 be a year to remember too? 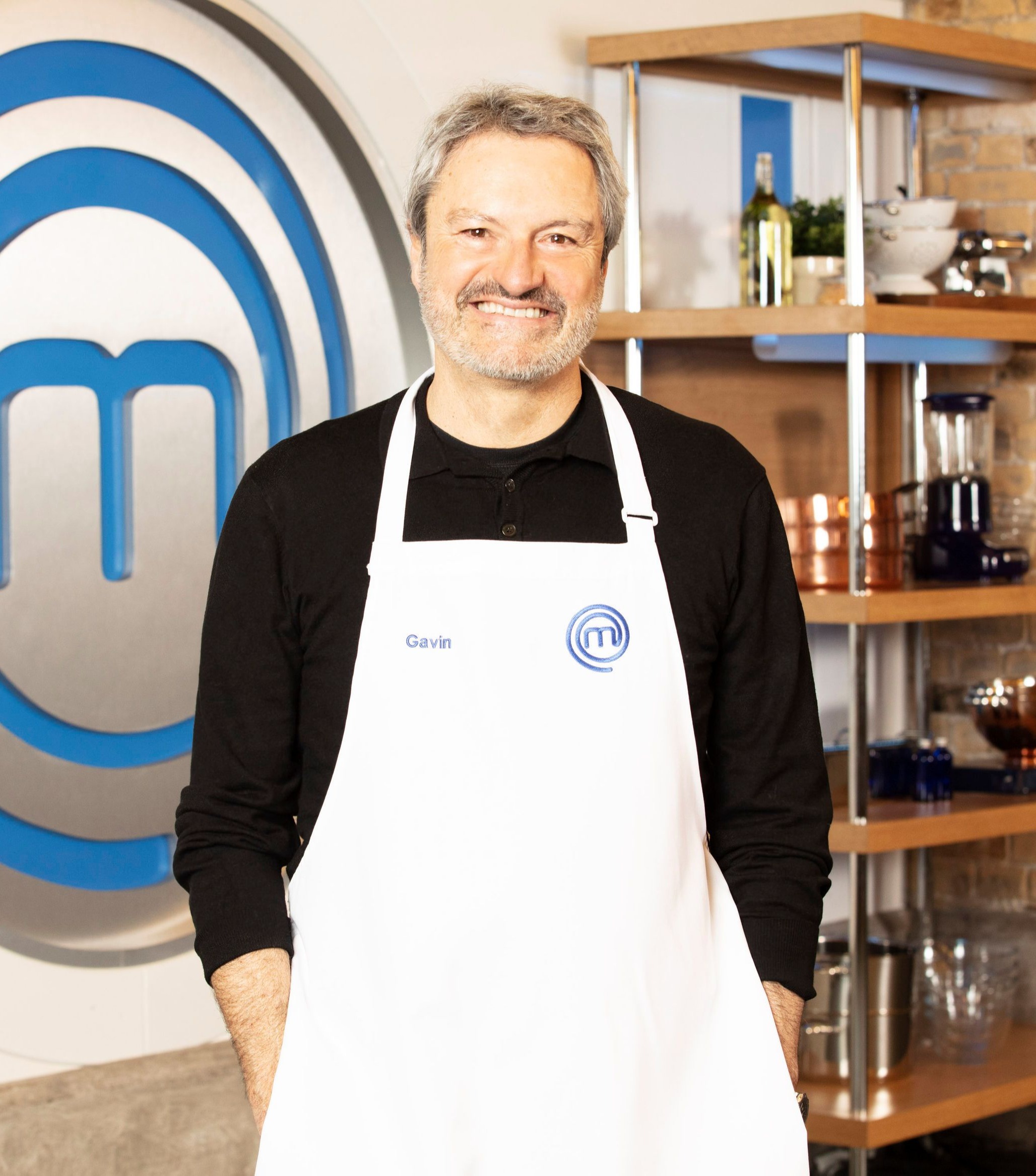 Heavyweight newsman Gavin quit the BBC in 2017 after a career on Newsnight and various bulletins.

Now the 68-year-old is back with a frying man in one hand and a potato peeler in the other. Will the headline be ‘Estler wins Masterchef’? Time will tell. 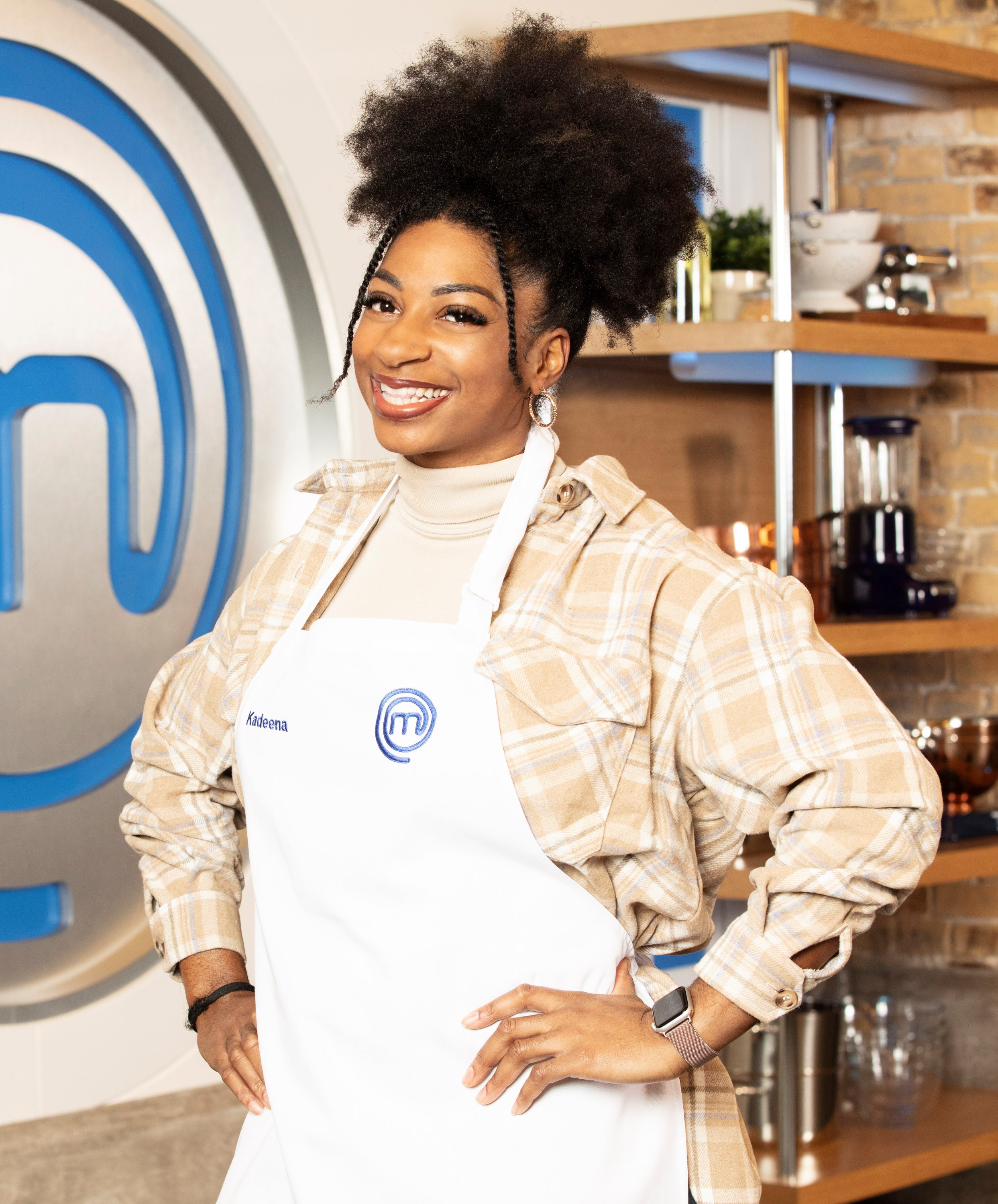 Paralympian Kadeena Cox is a gold-winning paralympian but also an absolute veteran of celebrity reality shows.

She has appeared on Celebrity Bake Off, Celebrity Mastermind (specialist subject: Arsenal) and even Celebrity Robot Wars, with a killing machine named after herself that destroyed allcomers.

Will she manage to do the same -metaphorically – on Masterchef? 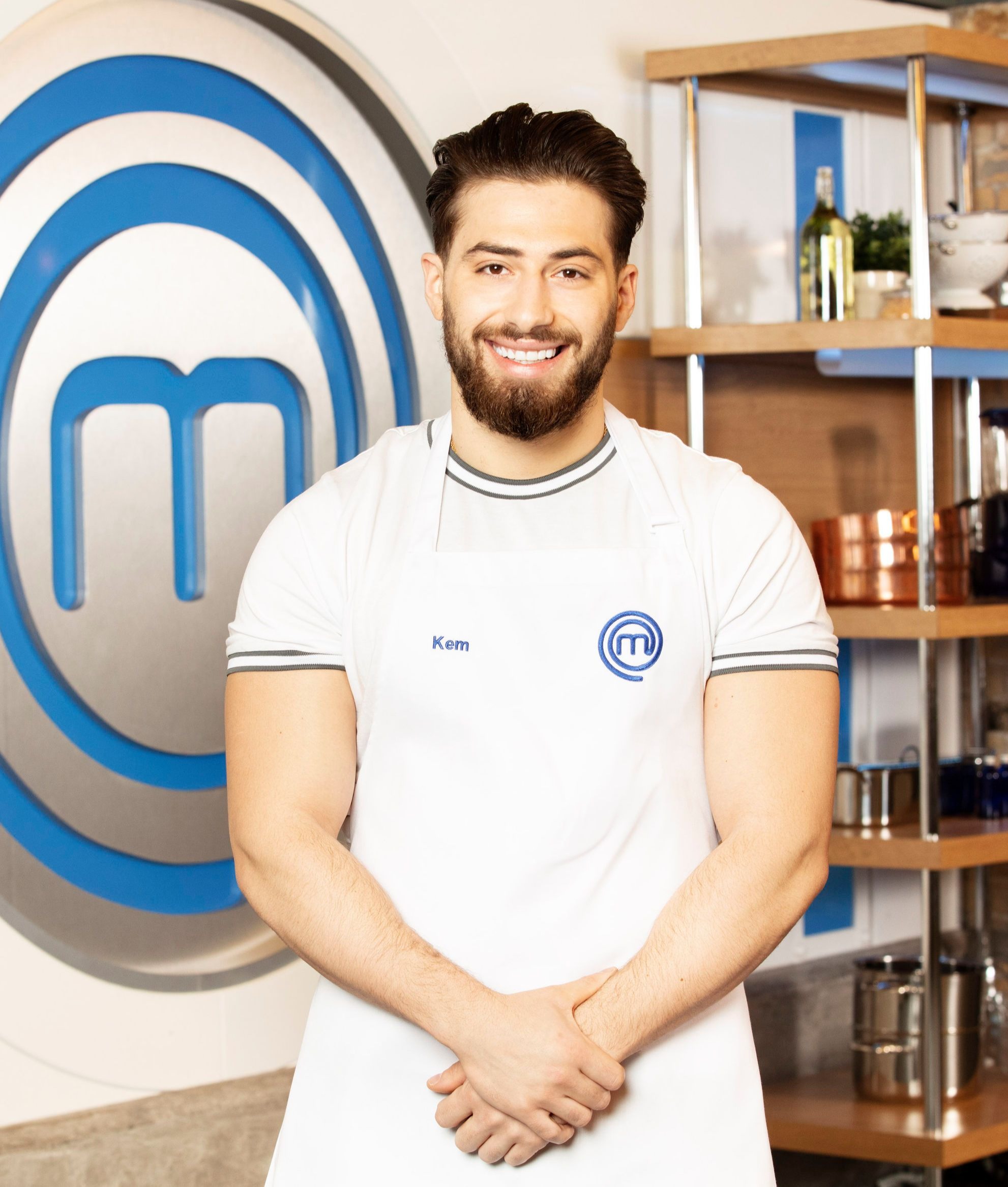 Love Island’s Kem Cetinay is a restaurant owner – but can he cook?Credit: PA

Love Island isn’t famed for its cuisine, unless you count the efforts of sandwich man Joe Garratt, but Kem is on a mission to change all that.

The 24-year-old reality star has made a fortune from the show and all the jobs it has brought him and now literally owns a restaurant.

A source explained: “Kem is so passionate about food he opened his own restaurant and he wants to take any new tips and tricks over to his new venture.” 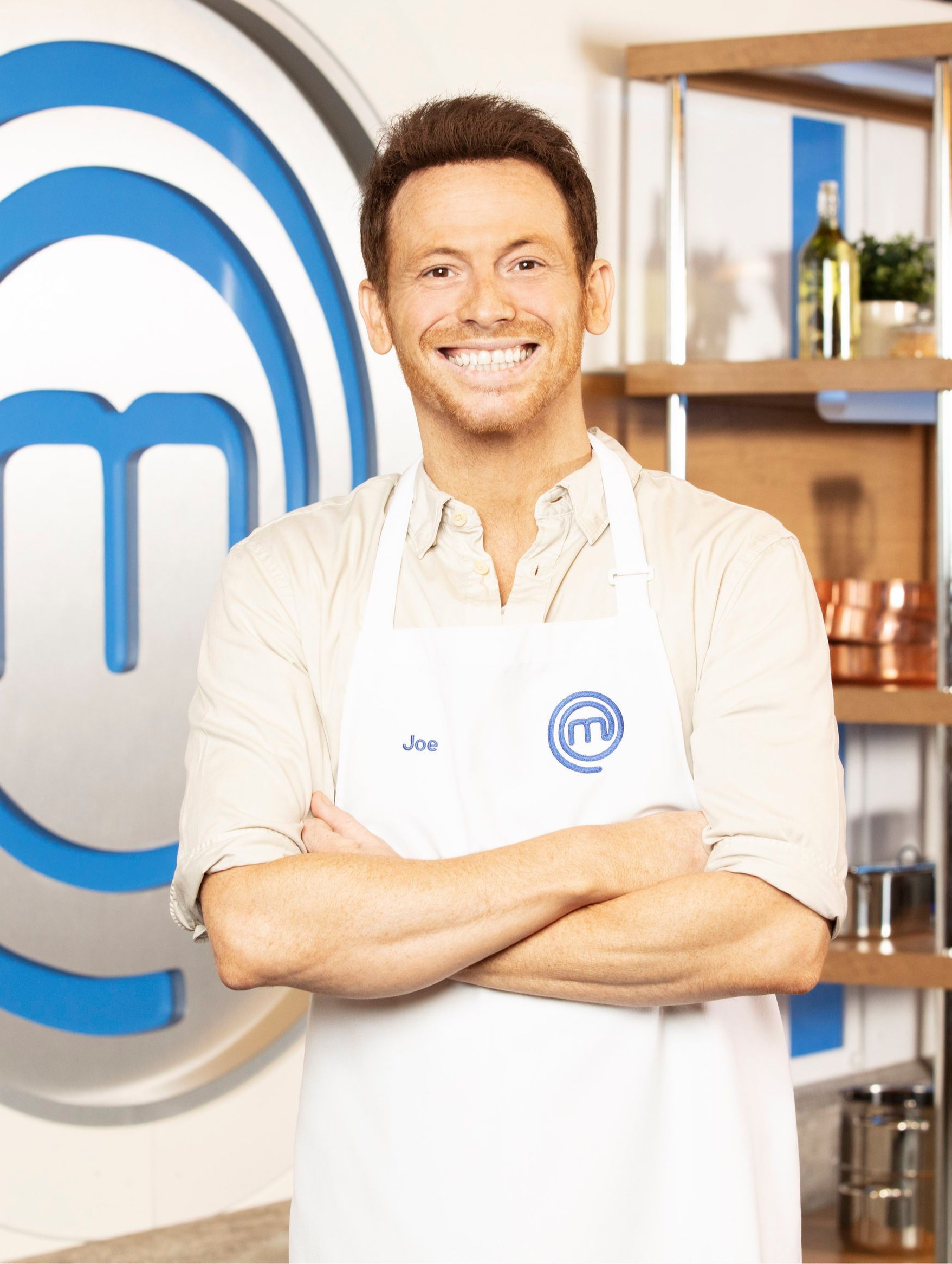 Ex-EastEnder Joe Swash is determined to prove he has some cookery skillsCredit: PA

Joe Swash – who is engaged to Loose Women panellist Stacey Solomon – is riding high after winning the 2020 series of Dancing On Ice.

But now the 39-year-old is looking to do for cuisine what he did for making gliding around a rink look easy.

An insider told us: “Joe’s really good in the kitchen and thinks he stands a good chance on the show – even if Stacey might disagree!” 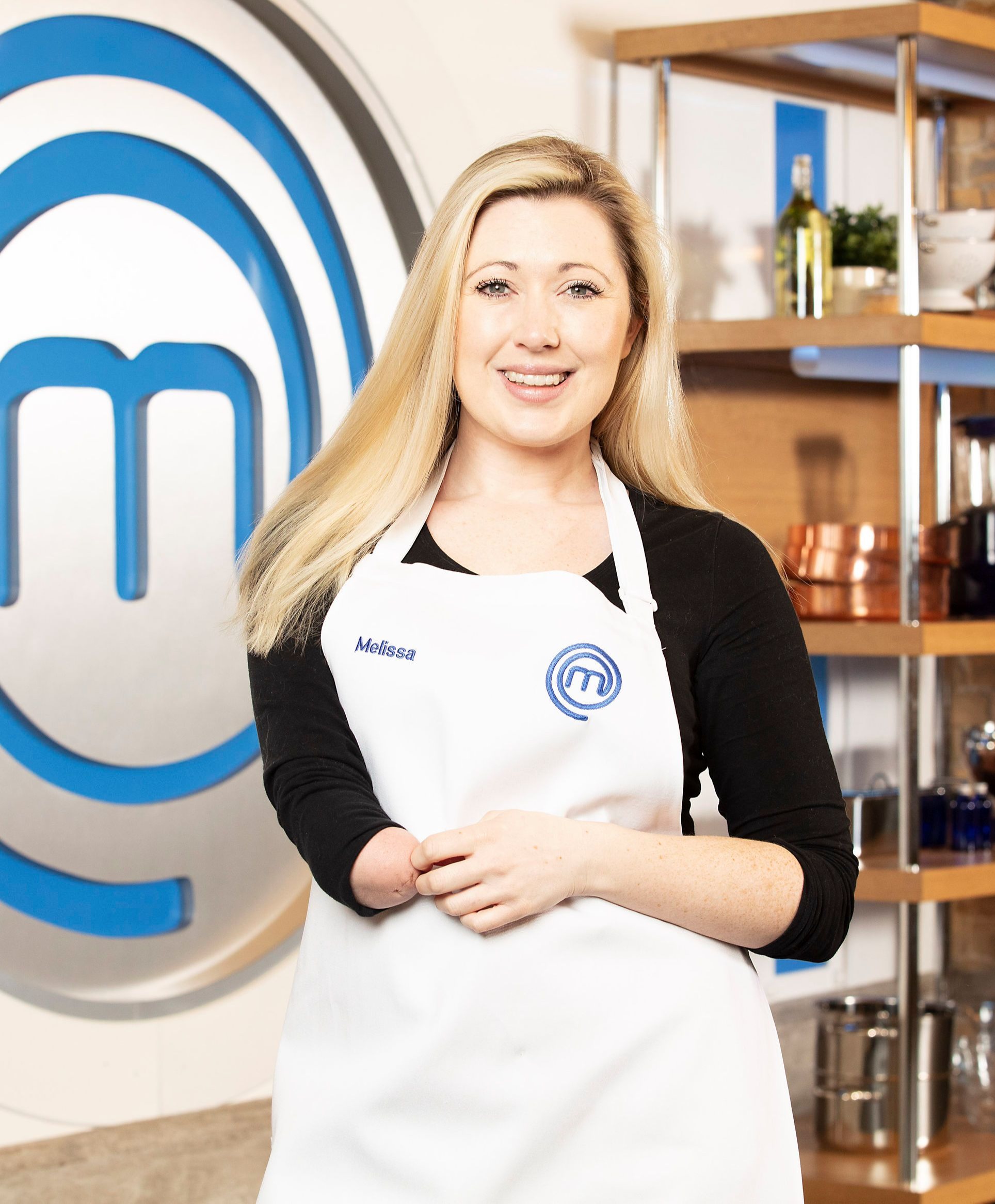 The 31-year-old, who was born without a right forearm and hand, is now throwing herself into Masterchef 2021. 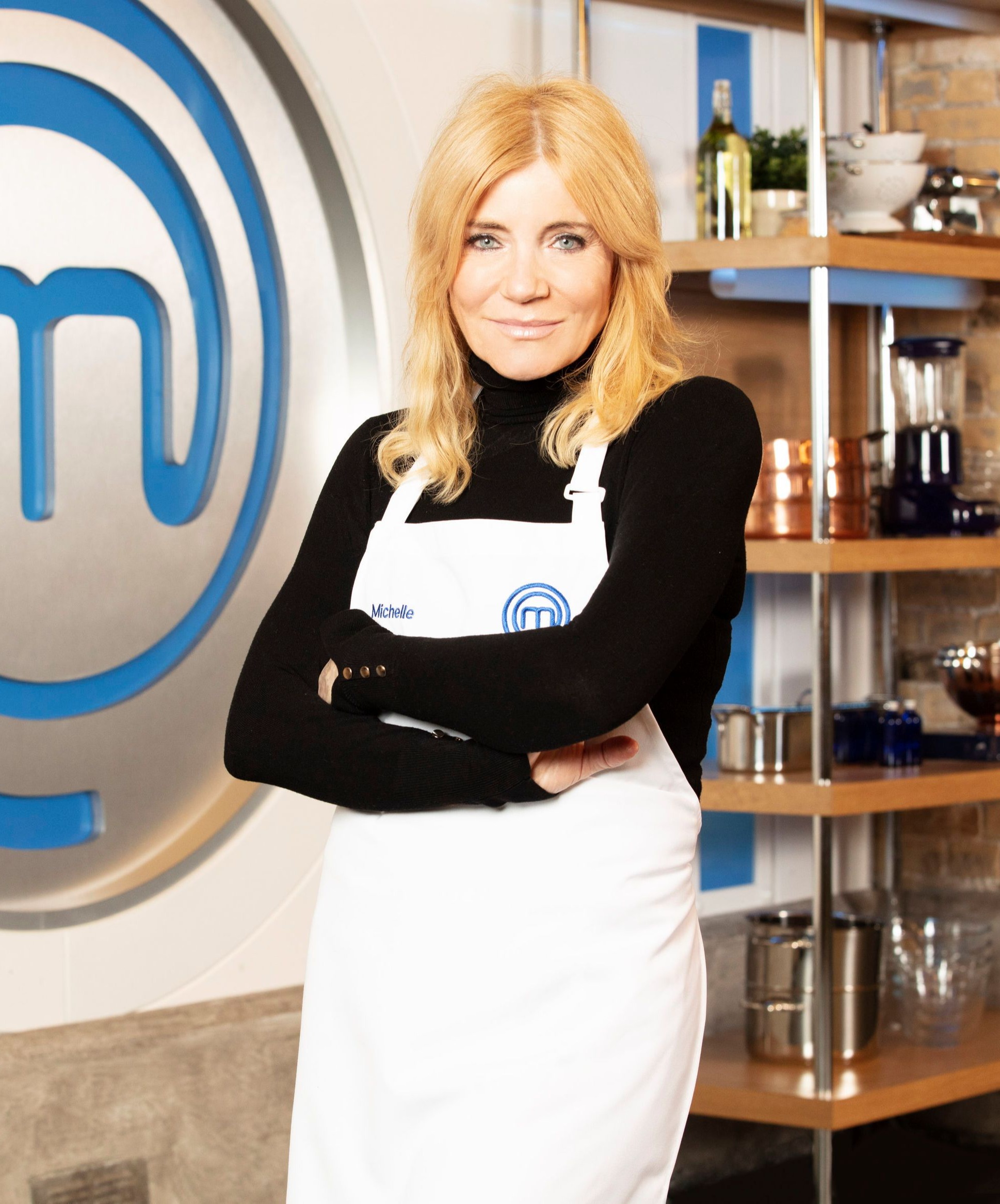 Her character Cindy Beale had the EastEnders caff named after her, but is Michelle any good at cooking herself?

We’re about to find out as the soap legend, 59, tries to impress Gregg and John. Giving her Beale heritage, surely fish and chips is a must. 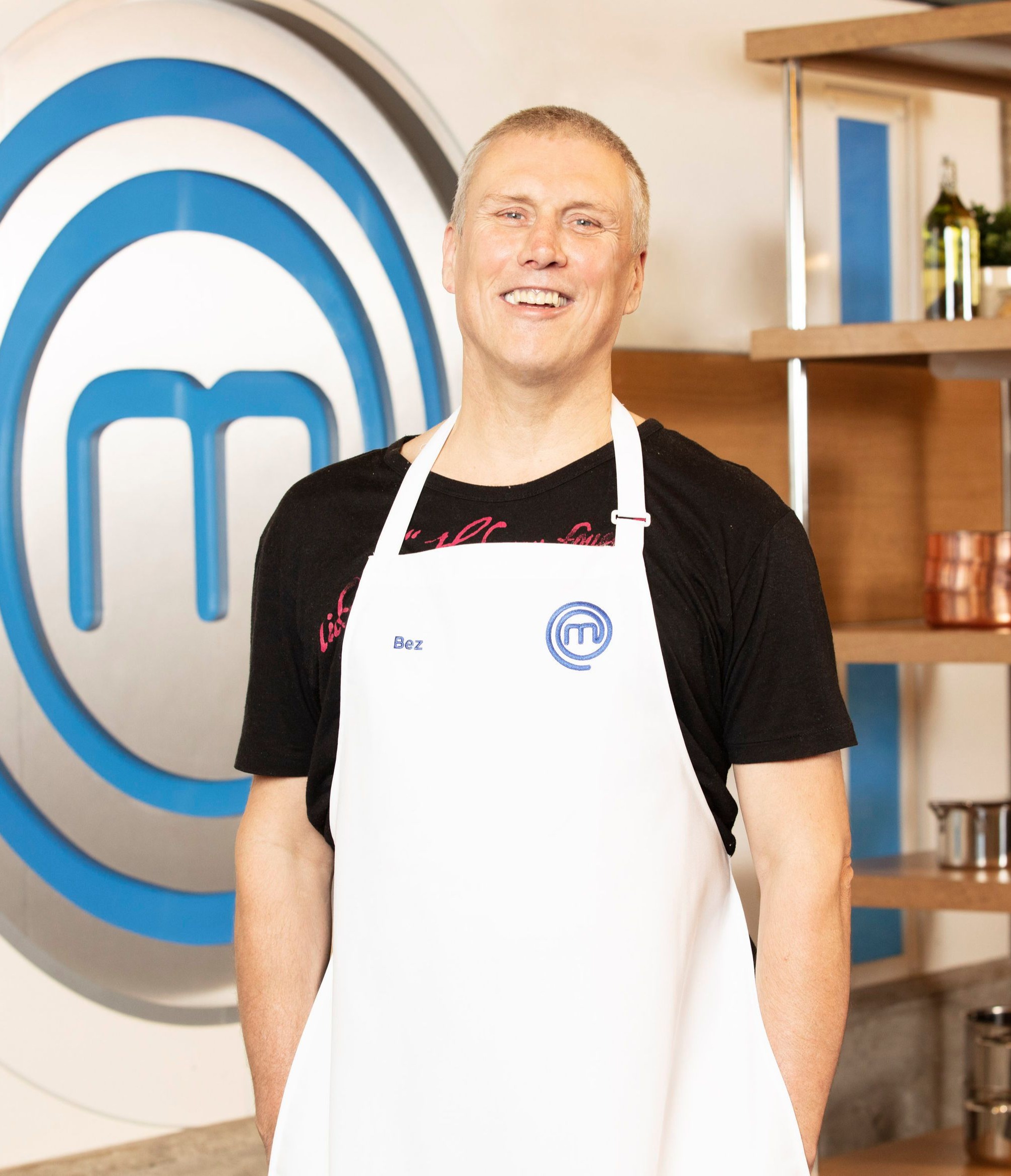 We know he can shake a maraca, but can Happy Mondays legend Bez pull of a meringue?

The 56-year-old star – whose real name is Mark Berry – is certain to bring comedy, and perhaps a few surprises, to the hit show.

An insider said: “He has the guts to push himself a little bit further than maybe others would dare in the competition. Plus he’s an absolute legend to have around the set.”