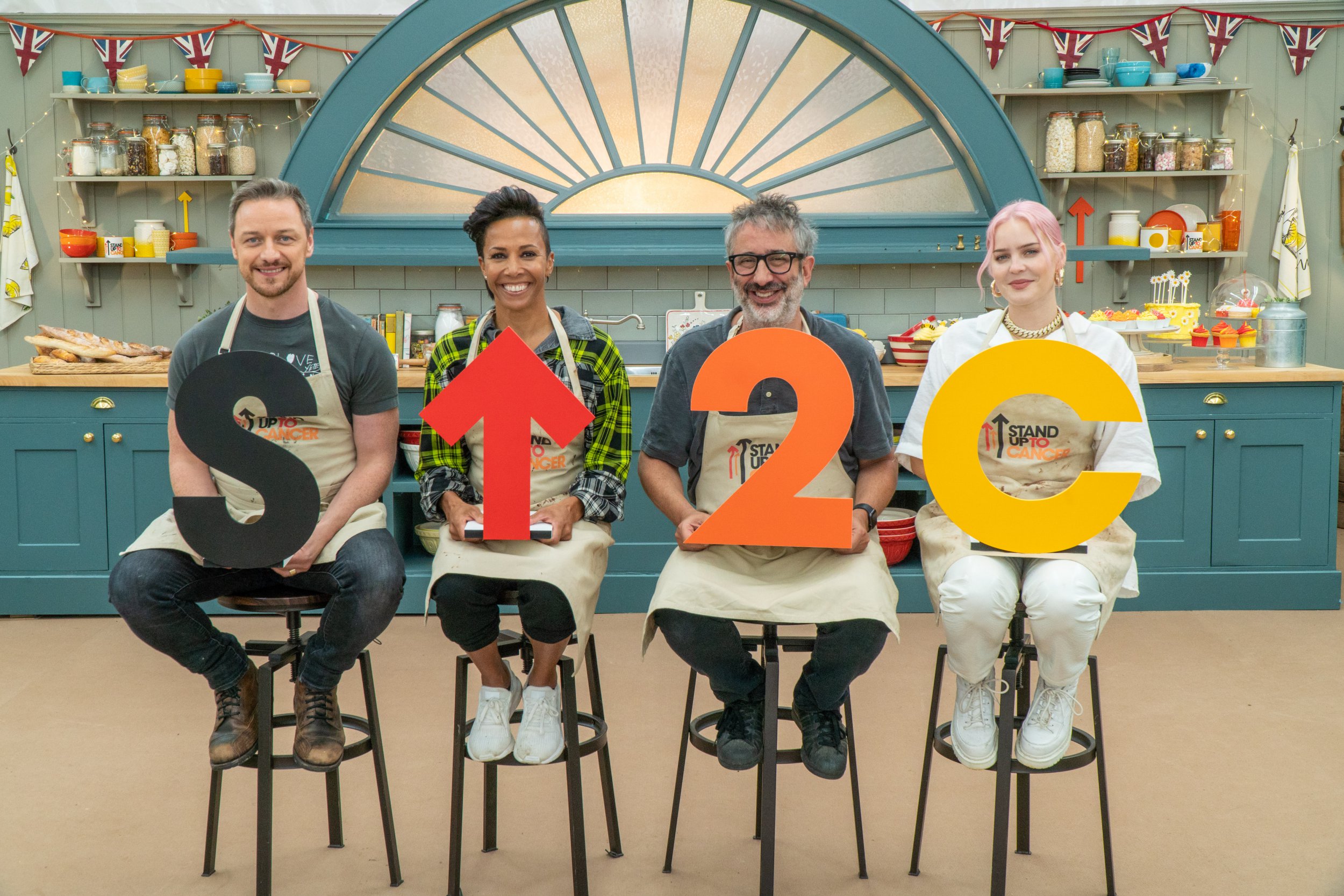 The Celebrity Great British Bake Off continues tonight on Channel 4 with a brand new line-up of wannabe celebrities bakers and superfans of the series.

After Alexandra Burke was declared last week’s winner and Daisy Ridley became iconic for baking a toilet, they had some big shoes to fill.

The second episode of this year’s celebrity series promises to throw up some surprises with a Hollywood A-lister going up against an Olympic athlete, a popstar and a comedian.

So… who’s facing Paul and Prue this week?

Who is starring on tonight’s Celebrity Bake Off? 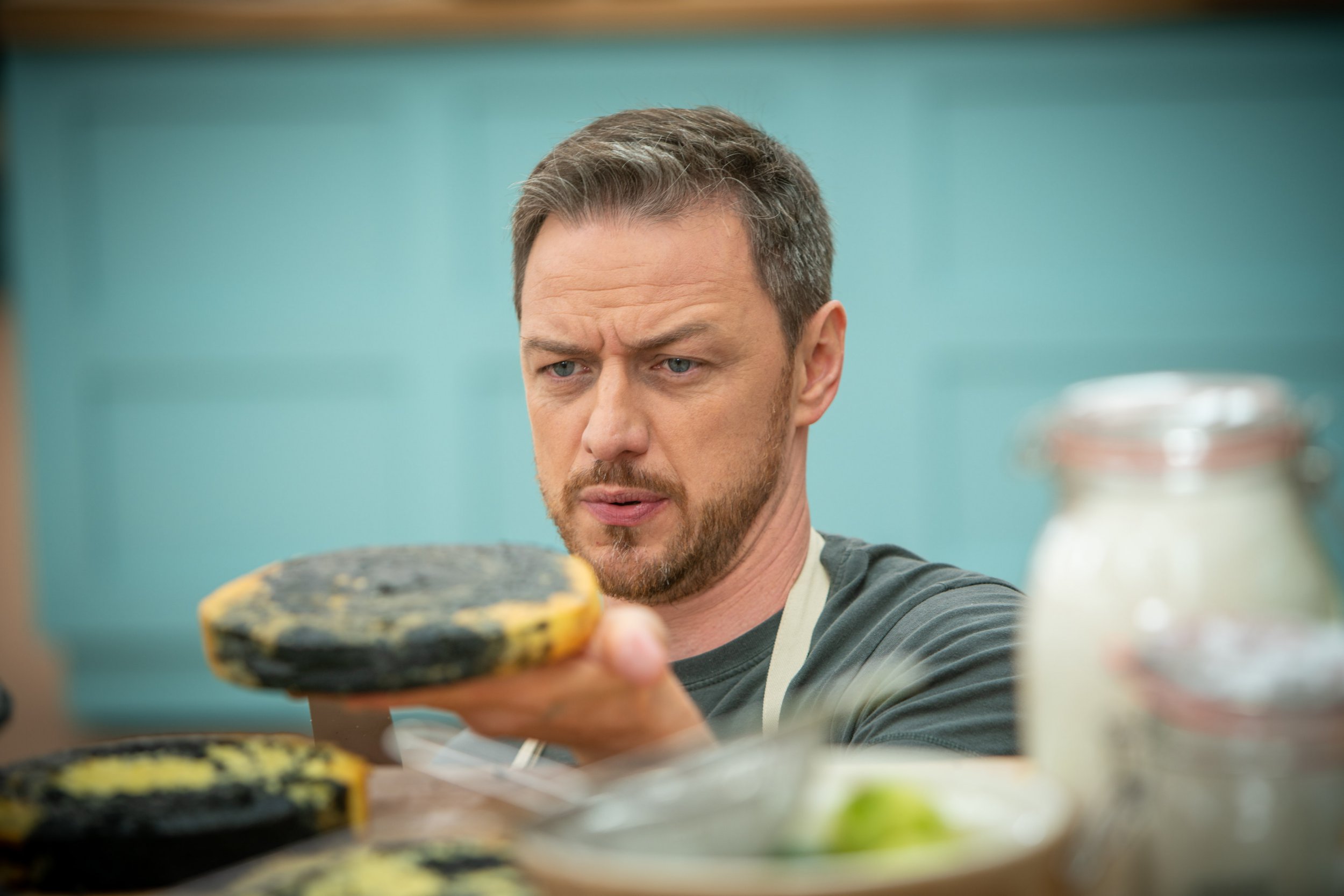 James McAvoy is a Scottish Hollywood actor whose career launched as a castmember of State Of Play, and then later Channel 4’s Shameless.

Since then he has appeared in Atonement, played the young Charles Xavier in the X-Men franchise, earned critical acclaim M Night Shyamalan’s Split and Glass, and IT: Chapter Two.

He is currently seen in series His Dark Materials as the cold Lord Asriel – an adventurer and traveller who remains a mysterious figure in the life of young Lyra (played by Dafne Keen). 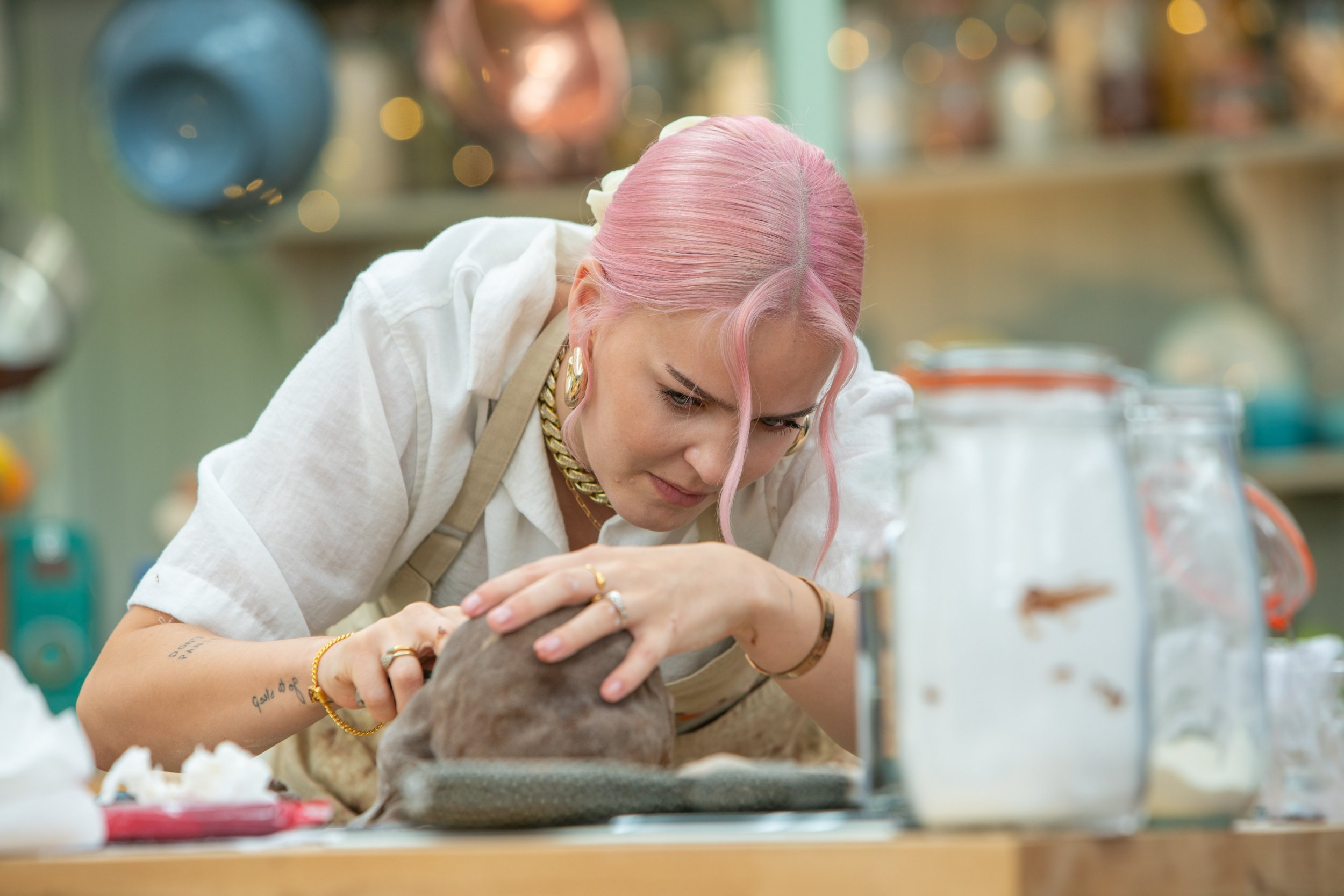 Will Anne-Marie be crowned number one? (Picture: Channel 4/Love Productions)

Singer Anne-Marie is a chart-topping singer whose songs include Rockabye (with Clean Bandit), 2002 and Alarm.

As a result of her success, she was nominated for four gongs at the 2019 Brit Awards.

She is now a judge on The Voice UK, joining Will.I.Am, Tom Jones and Olly Murs in the revolving seats, offering her advice to upcoming artists. 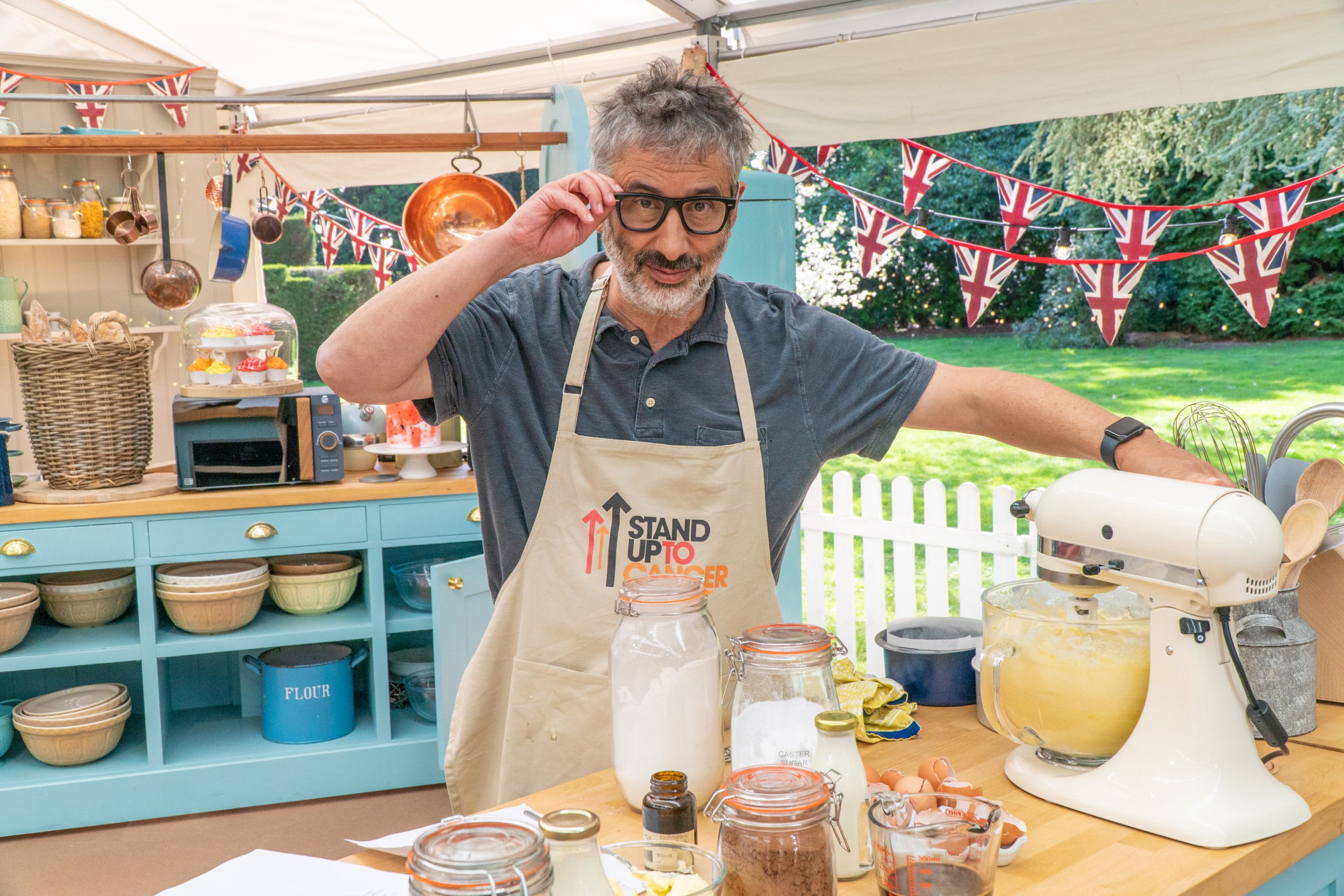 David Baddiel is a comedian and columnist who previously worked closely with Frank Skinner during their early career.

The pair even landed a number one with classic football anthem Football’s Coming Home.

Most recently, he released a book titled Jews Don’t Count, which focuses on identity politics within the Jewish community and the anti-Semitism continuing within popular culture. 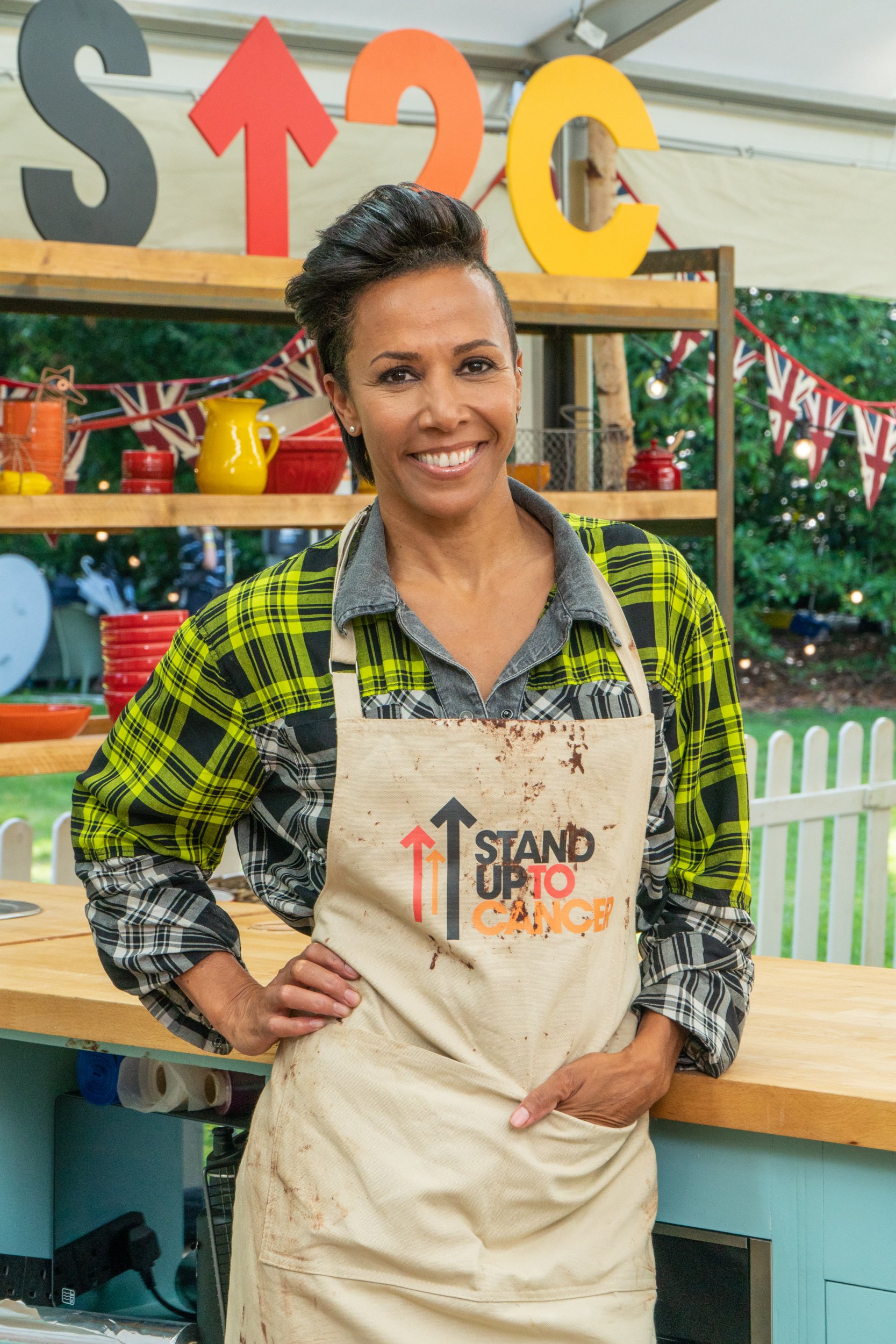 Dame Kelly Holmes is a double gold Olympic athlete who is now a professional commentator.

She is best known for taking home the 800 metres and 1500 metre gold medals at the 2004 Olympics in Athens.

Nowadays, she is the President of the Commonwealth Games, and often fundraises for the Dame Kelly Holmes Trust, which helps up-and-coming athletes from disadvantaged areas.

Who is on this year’s Celebrity Bake Off?

Here’s who’s starred on Celebrity Bake Off so far:

Alexandra Burke was declared the winner.

You can donate at channel4.com/su2c.

The Great British Bake Off for Stand Up To Cancer continues Tuesday at 8pm on Channel 4.