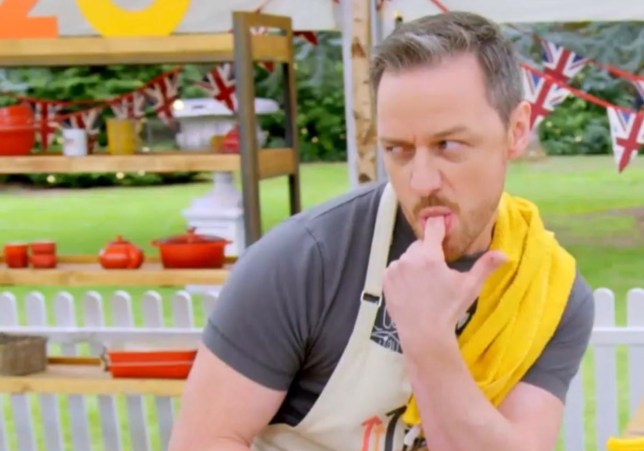 James McAvoy proved to be a hit on Celebrity Bake Off for Stand Up To Cancer (Picture: Channel 4)

James McAvoy made quite the impression when he appeared on Celebrity Bake Off for Stand Up To Cancer.

The X-Men star was clearly a fan of the programme as he settled right in with the bakery innuendos that people have come to know and love.

Not only did he win the hearts of the nation with his cheeky comments, but he won over judges Paul Hollywood and Prue Leith who crowned him the champ at the end of the episode.

Right at the beginning he joked about being ‘inside Paul Hollywood’ with host Matt Lucas, and it all spiralled from there.

While trying to get to grips with a batch of cheesy scones for the technical challenge, the Scottish actor complained of his mixture being a bit soggy.

‘It feels a bit wet,’ he said with a pause for effect.

‘I’m going to say this enough times until hopefully one of the production team tell me what to do.’ 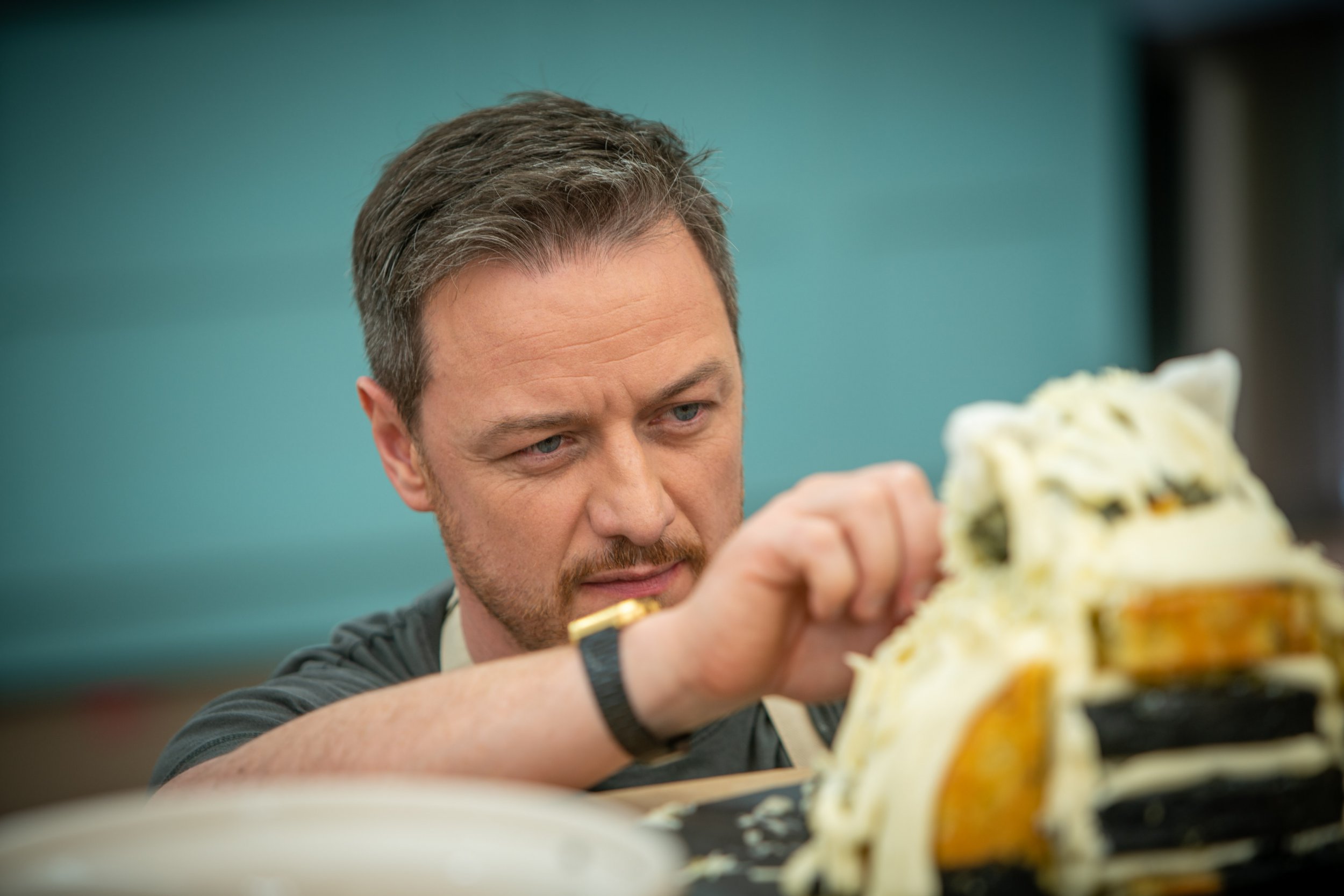 He topping for his meringue was also a source of delight for viewers as the star mused over his ‘stiff peaks’ on the lemon meringue pie inspired by a holiday to Montreal.

‘It was so good it ended up in a food fight. It was nice, and it was tasty,’ James said.

The His Dark Materials star landed Star Baker thanks to his impressive technical challenge, and his snow leopard novelty cake inspired by the BBC fantasy drama.

He triumphed over Dame Kelly Holmes, David Baddiel and Anne-Marie.

After his win he said: ‘Dame Kelly was doing gold medal level bakery, I think it must have been tight and I feel fortunate.

‘It is important to donate to Stand Up To Cancer, me getting to live out my fantasies in the Bake Off tent is not as important but it was a lovely thing to do so thank you very much.’

The Great Celebrity Bake Off for Stand Up To Cancer is available on All 4.