Back on? Carrie Ann Inaba cuddled up to her ex-boyfriend Fabien Viteri less than one month after announcing she was single.

The 53-year-old Talk cohost, who temporarily stepped back from her role on the show amid health issues, shared a series of photos with Viteri via Instagram on Monday, June 7. She captioned the post with a heart emoji and praying hands emoji.

Inaba cozied up to her former flame while exploring Griffith Park in Los Angeles in one snap. In the second photo, the off-roading expert gave Inaba a kiss on her forehead as she embraced him.

“Love these. You look so happy❤️,” Amanda Kloots commented on the photos.

The sweet photo shoot caused many of Inaba’s fans to wonder whether the pair were officially an item again. “Aw did you get back together,” one user wrote. Another fan added: “Wait what? ?you two are back❤️❤️so happy.”

Last month, the Dancing With the Stars judge opened up about her recent breakup, revealing that she was “single … again.” She then shared a series of hopeful messages about the future and reflected on the positives in her life.

“Confused. Uncertain of the future. Sad. Hopeful. Trying to allow the emotions. Trying to be strong, allowing myself [the] space to cry and I will grow,” she wrote via her Instagram Story in May. “And I will evolve. And I will survive this too. And I will honor that gift that it was.”

Inaba posted multiple throwback photos from her and Viteri’s relationship, noting how heartbreaking it was to go their separate ways.

“Sometimes the things you thought were forever end up only being temporary. Finding the strength to accept that it’s over is enormously painful,” she wrote at the time. “Losing your friend … losing the hopes and dreams … your partner … the person you shared everything with … your person … your love. It’s hard.”

The Hawaii native added: “It was real. True love. And I’m so sad it’s over. But I’m grateful it happened. So very grateful.”

The pair’s split came less than one year after Inaba announced in September 2020 that she had sparked romance with Viteri.

“I have fallen in love and I am now in a committed relationship,” she gushed at the time. “He’s older than I am, and he’s a wonderful human being. And now, I understand how a relationship can work. He’s been so supportive and a mature adult ‘cause maybe sometimes I’m not, so that’s working really well.” 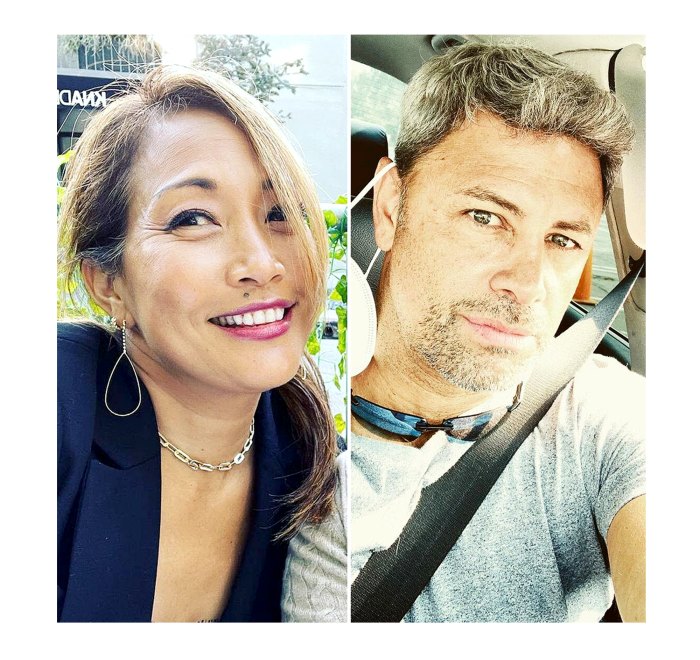 Inaba and Viteri seemingly went their separate ways in late April or early May, with the TV personality last posting about her man on Earth Day on April 22.

Earlier that month, Viteri, who is Inaba’s neighbor in Los Angeles, shared a montage of the couple from their trip to to the Santa Ynez Valley in California.