He has layers! Pink‘s husband, Carey Hart, was happy to let fans inside their home life for the musician’s new documentary, P!nk: All I Know So Far.

The motocross pro, 45, opened up about the process of filming the movie with his family during the Monday, June 7, episode of The Ellen DeGeneres Show, joking that his wife, 41, didn’t exactly get his approval for the project

“I saw some rough cuts of it early on, and the funny thing is about two days before the movie came out, she’s like, ‘You know, I never actually talked to you about this. How do you feel about being in it and your parts in it?’” Hart recalled. “I’m like, ‘Well a little too late now.’”

The movie, now streaming on Amazon Prime, gives fans a closer look at how the “So What” singer juggles life on tour with being a partner and mother. Pink and Hart tied the knot in 2006 and share daughter Willow, 10, and son Jameson, 4.

“I’m kind of glad I got to show a little bit of my vulnerable side as a father,” the California native said of starring in the documentary. “I’m perceived as being this wild, crazy, motorcycle [riding], tattooed scumbag. So it’s kind of nice for people to see my softer side.” 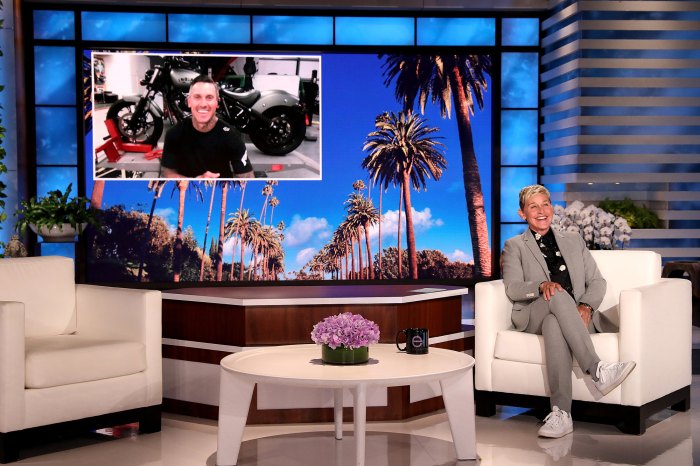 Though he didn’t mind being shown on camera, Hart still took the chance to mess with the Grammy winner before the big premiere.

“We were out playing tennis and I was like, ‘You know what, I thought about what you told me last night and I actually want you to cut out my whole interview part. So if you can make that happen before the thing goes live tomorrow, I’d appreciate that,’” he said with a laugh. “The look on her face was pretty amazing.”

The couple aren’t afraid to show fans the imperfect parts of their marriage, which has been through plenty of ups and downs through the years. In 2008, the pair briefly separated, but they later sought help in couple’s counseling in hopes of reconciling. Two years after parting ways, they got back together. 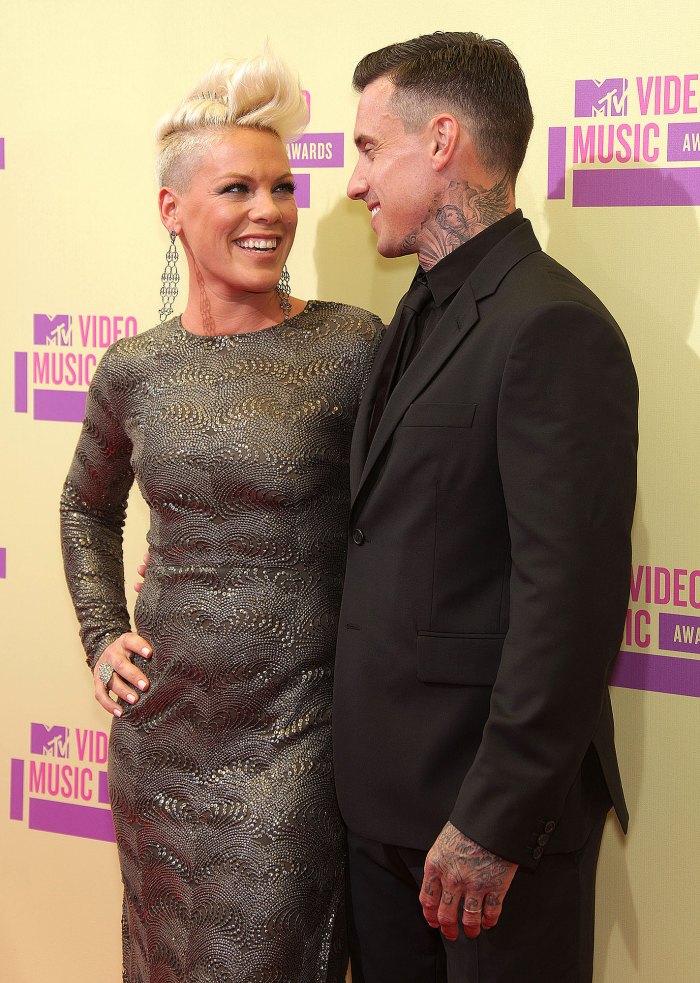 “He’s still my favorite sweet little dirtball,” the “Walk Me Home” singer teased in a September 2020 Instagram post. “He and I have been at this a long time, and it is our relentless and stubborn idealism that keeps us together. … Marriage is awful, wonderful, comfort and rage. It is boring, terrifying, and a total nail biter. It is loving another fallible creature while trying to love yourself.”

At the time, Pink noted how helpful counseling has been for her relationship. “Therapy isn’t for weak people or hippies or liberals,” she explained. “It’s for broken people that want to be whole. It’s for runaways that want a family. It’s a lesson on how to sit down and listen. How to love yourself so that the other person can, too.”