Louise Minchin and Michael Ball broke down in tears during a BBC Breakfast tribute to Captain Sir Tom Moore after his death.

Captain Sir Tom died this week at the age of 100, after a battle with pneumonia and Covid-19.

He has been remembered for his incredible efforts in raising more than £32 million for the NHS amid the coronavirus pandemic, with the World War II veteran also topping the charts as he joined Michael to cover Gerry and the Pacemakers’ You’ll Never Walk Alone.

Speaking on BBC Breakfast, presenter Louise could be seen in tears, apologising for getting emotional, while Michael choked up, with Dan Walker asking if he was okay.

‘I’m so grateful to him, he gave me a real focus, a real purpose, at a time when I really needed it,’ Michael said.

‘We all know everything he’s achieved. It was about him, his humanity, his sense of duty, his kindness. And to trust me to put something together in 14 hours so we could give him a number one for his 100th is a testament to the man. 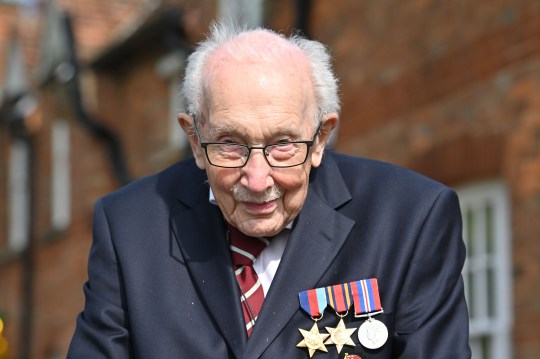 ‘I’m so lucky, I’m so blessed. He touched my life and everybody else’s life so beautifully.’

Captain Sir Tom died after being admitted to Bedford Hospital on January 31.

In a statement, his daughters Hannah Ingram-Moore and Lucy Teixeira said: ‘It is with great sadness that we announce the death of our dear father, Captain Sir Tom Moore.

‘We are so grateful that we were with him during the last hours of his life; Hannah, Benjie and Georgia by his bedside and Lucy on FaceTime. We spent hours chatting to him, reminiscing about our childhood and our wonderful mother. We shared laughter and tears together.

‘The last year of our father’s life was nothing short of remarkable. He was rejuvenated and experienced things he’d only ever dreamed of.

‘Whilst he’d been in so many hearts for just a short time, he was an incredible father and grandfather, and he will stay alive in our hearts forever.’