BTS are determined to win at least one Grammy award “before the end of [their] career”.

During a recent appearance on the South Korean talk show You Quiz On The Block, the K-pop septet opened up about fame, their trainee days and the love they had for their fans. The boyband also spoke about their recent loss at the 63rd Annual Grammy Awards.

BTS are the first K-pop group to be nominated for a Grammy award in a major category. They were up for the Best Pop Duo/Group Performance for their chart-topping smash hit ‘Dynamite’, but eventually lost to Lady Gaga and Ariana Grande’s ‘Rain On Me’ collab. 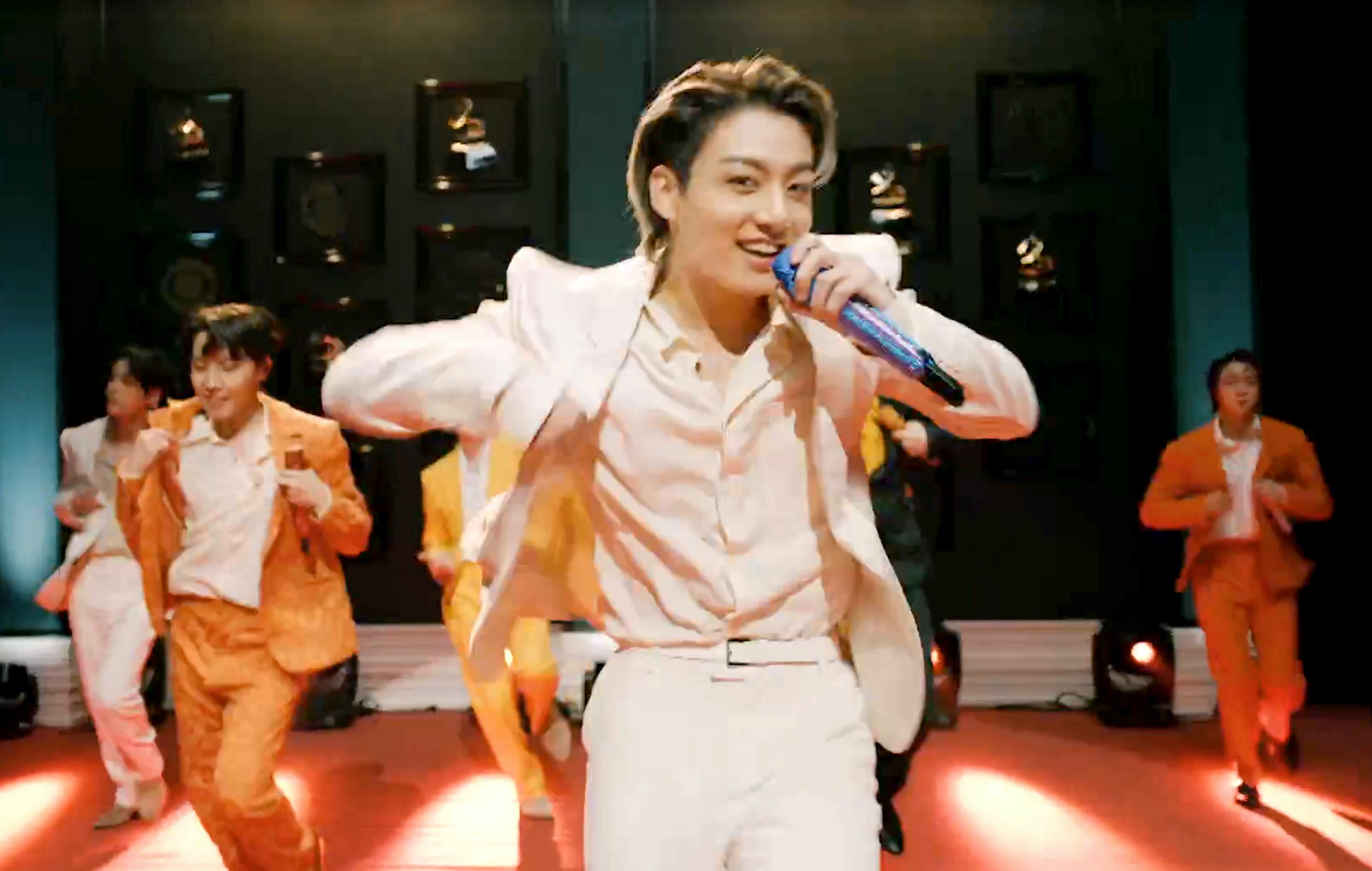 BTS at the Grammys 2021 CREDIT: Theo Wargo/Getty Images for The Recording Academy

But despite their loss, BTS say it has only motivated them to work harder to win the next time. “Being nominated itself was great, but I guess I wanted to win an award,” member V admitted, per Korea Herald. “Not winning somehow refreshed me. I think it will be a driving force for becoming better.”

On March 15, BTS shared a behind-the-scenes video of themselves reacting to their Grammy loss, which has since received over 700,000 retweets. “that moment,” they captioned the Twitter clip.

Following the awards night, BTS said that they didn’t see their loss as a “failure”. “I saw a lot of articles saying we ‘failed’ to get the award, but I don’t think it’s a fail since we were able to perform for the first time as nominees,” RM said during a live-stream session on V Live, per People. “I don’t think it’s a failure but let’s look at the positive side; we were nominated for the first time and did our first solo performance.”

In a recap of the Grammys, NME’s Rhian Daly said BTS were “fully committed to always going above and beyond to put on a spectacle”. Filmed in Seoul, the performance marked the first time the group had performed solo for the ceremony.