The team behind Brixton Windmill has put a host of new prizes up for grabs as their crowdfunder to secure the venue’s future nears its target.

The south London venue has been aiming to raise £95,000 to help cover losses caused by the coronavirus pandemic. At the time of writing, the crowdfunder now stands at £91,153.

The team explained on the page that although they had been able to receive some grants to help with the loss of business, they were unable to apply for the Arts Council Cultural Recovery Fund because they are not a limited company. Instead, they called on music fans to help them ensure the venue would still be around when live music returns.

In a bid to meet their £95k goal, the Windmill team have added four new prizes to the crowdfunder. Entry is priced at a minimum of a £5 donation (although fans can give more). 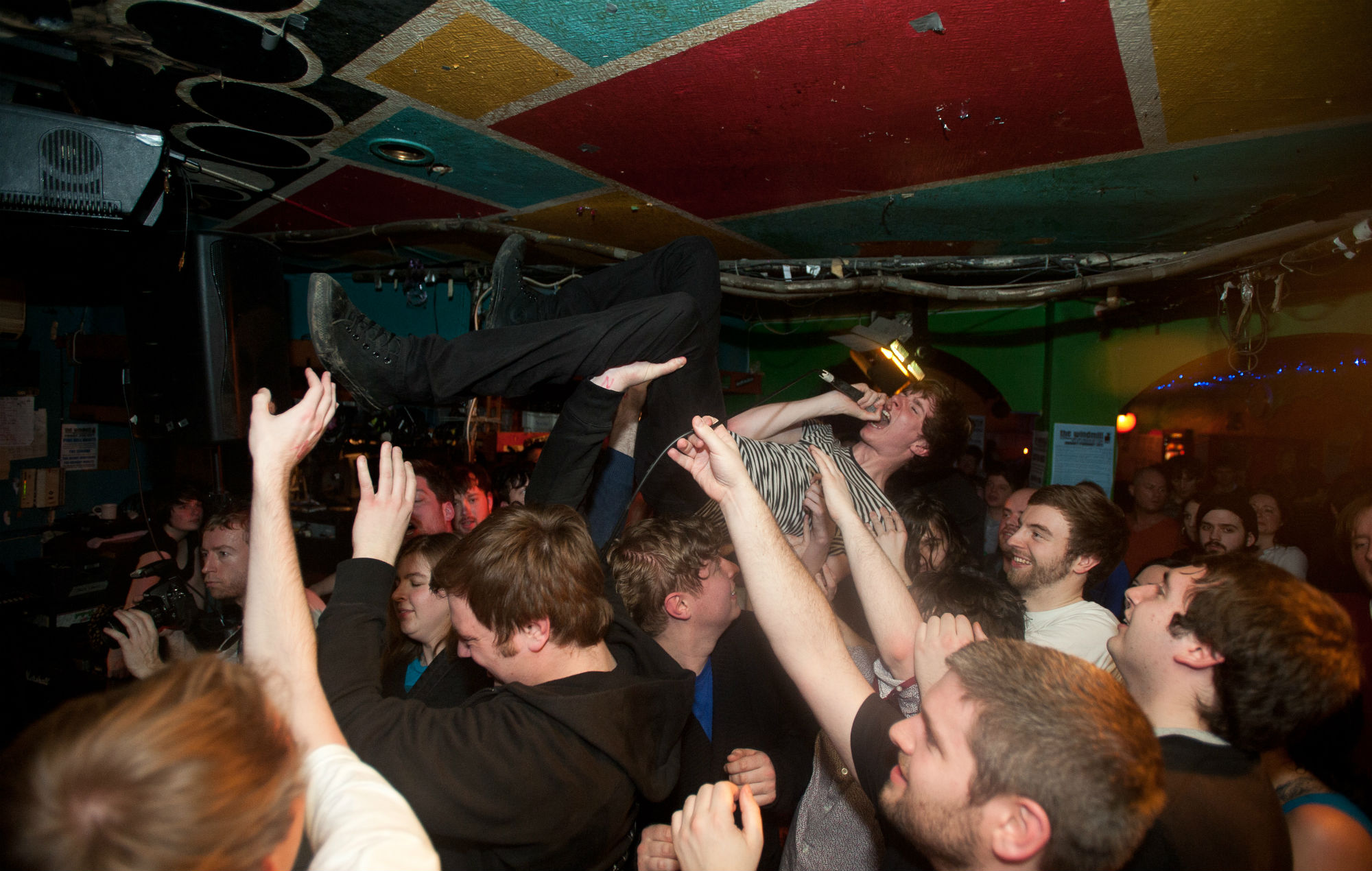 Calum Gunn of Dananananaykroyd performs at The Windmill, Brixton on January 29, 2011 in London (Picture: Nick Pickles/Redferns)

Fans can also enter to win a bundle of goodies from label Speedy Wunderground, including all of their compilations signed by producer Dan Carey, merch and promo discs. Wide Awake Festival, which will hold its inaugural event in Brockwell Park in September, have also given a pair of tickets and t-shirts to the cause.

According to the Music Venue Trust, 18 venues in the UK still remain at risk after being forced to close for much of the last year. Speaking to NME on the one-year anniversary of lockdown, the organisation’s CEO Mark Davyd said: “We’re not out of the woods in any way, shape or form – but we’ve moved to the stage where we know what the road ahead might look like, and it does look very difficult.

“There are going to be a lot of problems along the way around things like the restrictions that venues are going to have to try and enforce, decisions they’re going to make around who to let in and how to handle them.”

The Windmill is on the list of at-risk venues, alongside the likes of Leeds’ Boom, Southampton’s The 1865 and Ayr’s Venue 38.