Clapping back! After Brittany Matthews was criticized for her game day behavior while watching fiancé Patrick Mahomes on the football field, rumors swirled that she was told that she couldn’t attend future NFL games. Now, she’s weighing in on the claims.

Matthews went on to slam the online trolls who spread the rumors in the first place.

“Ya’ll really hate @brittanylynne8 for what??? Ya’ll need a better hobby,” a social media user tweeted on Friday. Another fan noted, “Apparently it’s the cool thing to do…” 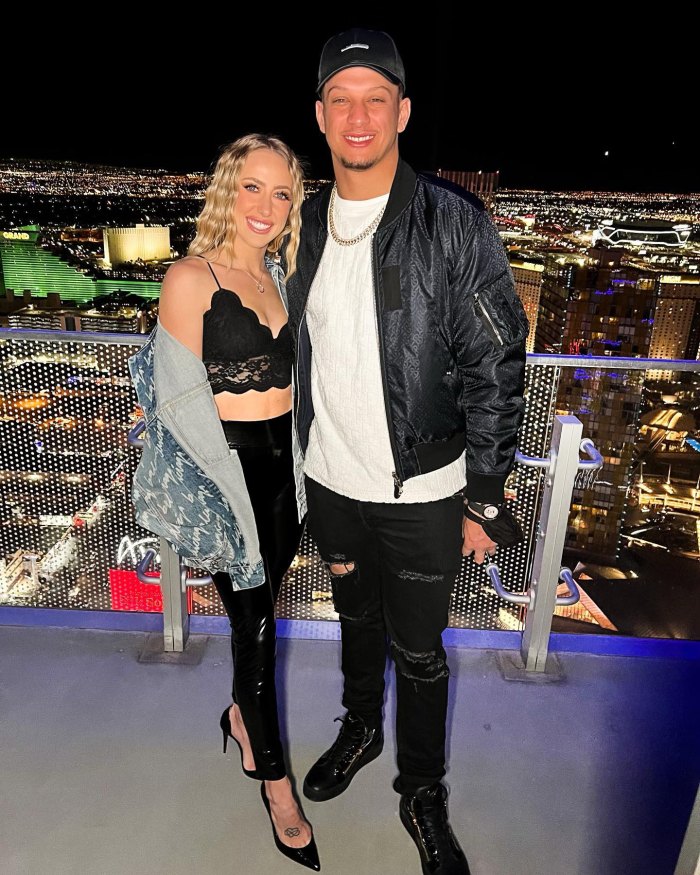 Matthews replied via her Twitter page on Friday, writing, “Yup [sharing hateful messages is] the cool thing to do. Quite hysterical how something like that can become cool.”

The NFL athlete’s mother, Randi Mahomes, supported her future daughter-in-law’s side of the story.

“Thanks @kanyewest I agree 🙌 🙌 🙌 🙌 🙌,” Randi, 48, wrote via Instagram Story on Friday, sharing Kanye West’s now-deleted post from February 13 where he held up a yellow legal pad. Someone digitally edited it to read: “Leave Brittany & all us Mahomes alone.”

The KC Current owner — who got engaged to the Kansas City Chiefs quarterback in September 2020 — made headlines hours earlier after reports swirled that she and Patrick’s brother, Jackson Mahomes, had been forbidden from attending next season’s football games. The duo had been referred to as a “distraction.”

Earlier this year, football fans were upset with the Texas native — and her man’s 21-year-old brother — for spraying champagne on unsuspecting fans seated below their box seats while celebrating Patrick’s team after they won a playoff game.

“I just wish I could do what I want without getting attacked every week,” she tweeted last month. “Hate is a very strong word to just be thrown at someone you don’t even know.”

Matthews is no stranger to controversy surrounding her support of Patrick’s professional football career.

“Girl. I need you to stop. This was my team long before Patrick was here. It’s not giving the org a good look. Chiefs are bigger than you, me or any one player,” one social media user criticized the Brittany Lynne Fitness founder’s October 2021 tweet about unfair referees during a Chiefs game. Matthews shot back: “In the nicest way possible … Shut up.”

Matthews and the Texas Tech University alum were high school sweethearts, falling in love long before he joined the NFL, and they expanded their family. (The pair welcomed daughter Sterling, now 11 months, in February 2021.)

“Love you TONSSS❤️🎉 Me Best Friend, Fiancé, Sterlings Dad, almost Husband, Other Half and well I could keep going but I won’t,” she gushed about her beau via Instagram in September 2021. “Sure glad you were born and CHEERS to celebrating this day forever together😊🥂.”