BRIT Award winners are usually artists who are constantly transforming music – and themselves.

The great and good of the industry packed out London’s O2 last night for the glamorous ceremony sporting some truly jaw-dropping looks which, in some cases, were a million miles away from their first outing at the Brits. 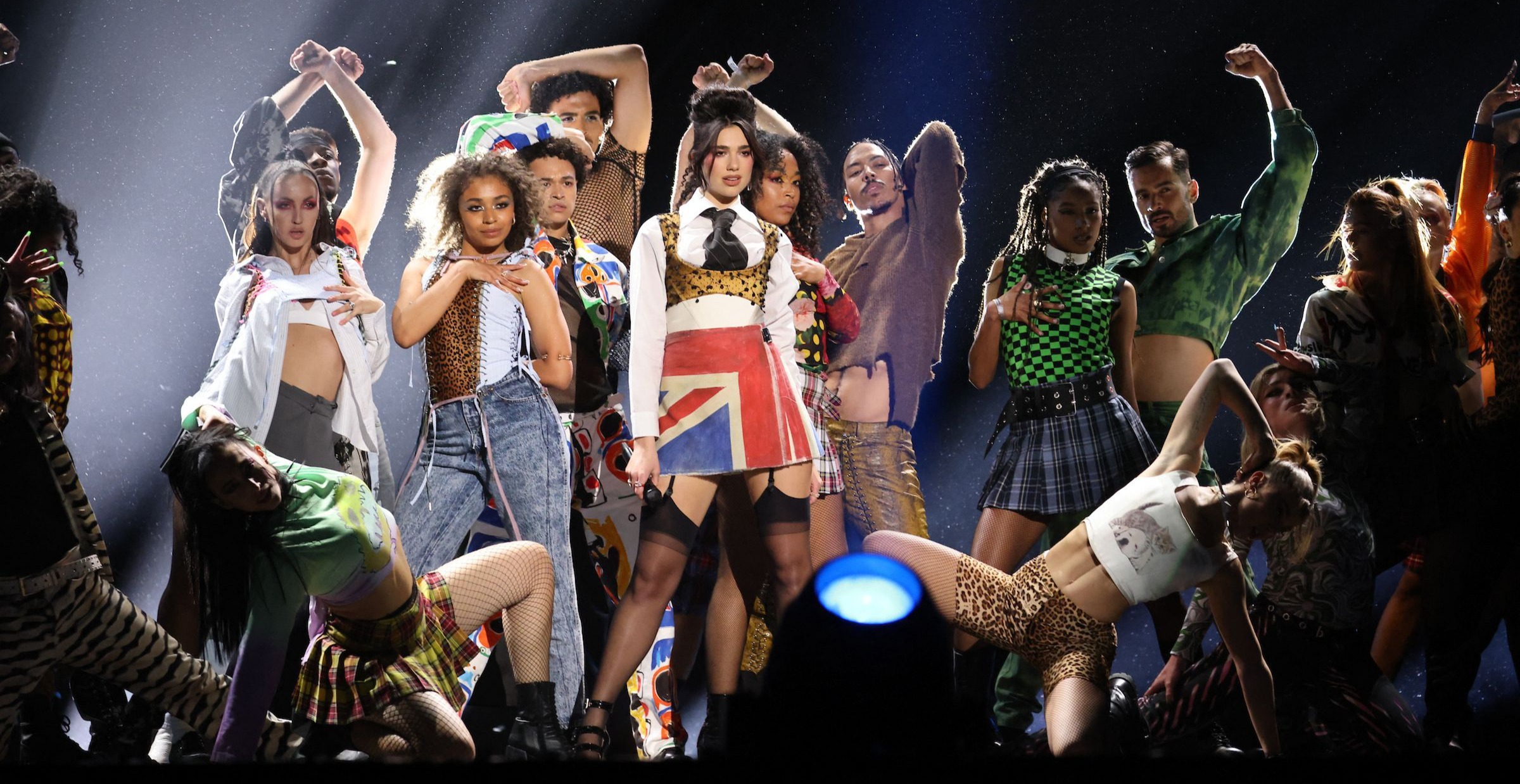 Dua Lipa performing at the 2021 Brits with a totally different look to her first time at the awards in 2016Credit: AFP

Dua Lipa paired her eye-catching performance with a call for more NHS funding during an acceptance speech for one of her two wins, Female Solo Artist of the Year and Album of the Year for Future Nostalgia. 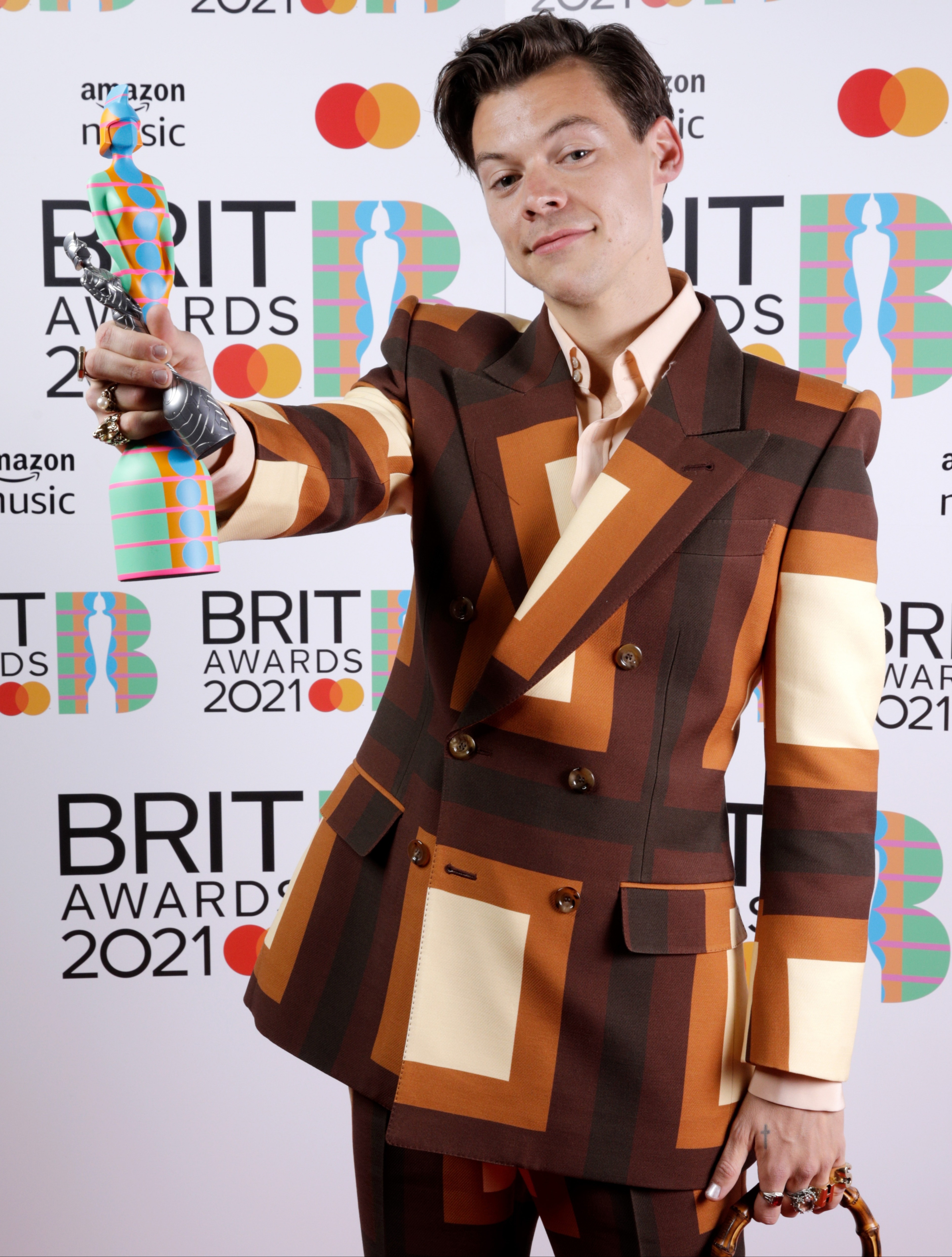 Harry Styles sported a wild suit while collecting his Single of the Year gongCredit: Getty

While The Brit Awards honours musical talent, the glitz and mind-blowing outfits are of equal importance to fans.

The Sun reveals the surprising transformation celebrities have undergone since their early appearances at the awards ceremony.

Billie looked drastically different back then, when she sported neon yellow and black hair while dressed in an oversized beige coat. 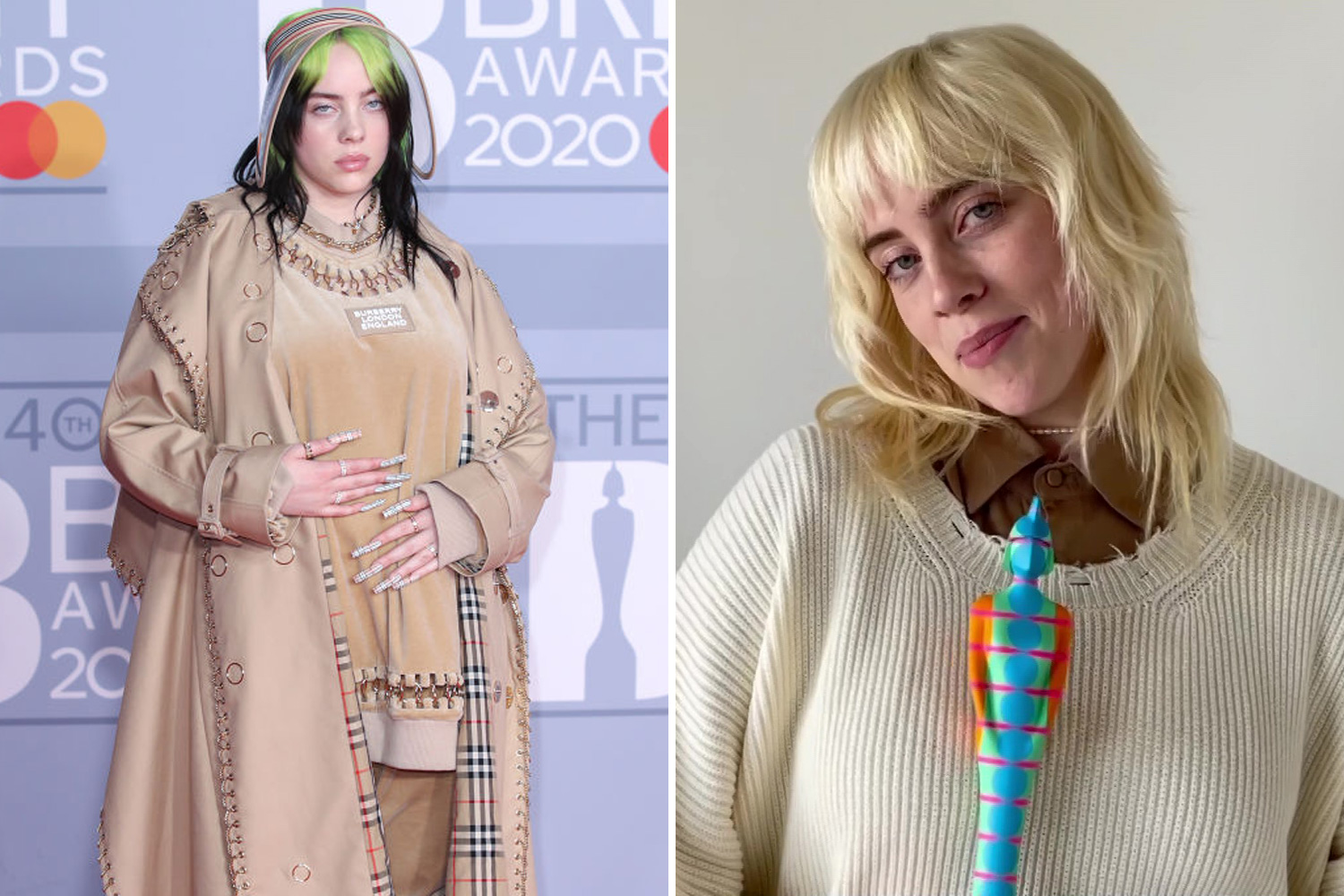 Last night, the 19-year-old was nearly-unrecognisable after dying her hair blonde.

The singer, who has now won a Brit award two years in a row, said it was “an honour” during an emotional speech to fans via video link.

The Watermelon Sugar hit-maker had shaggy hair and a bow-tie during his first appearance at the Brits in 2012.

On the night, Harry and his former One Direction bandmates won British Single of the Year for What Makes You Beautiful. 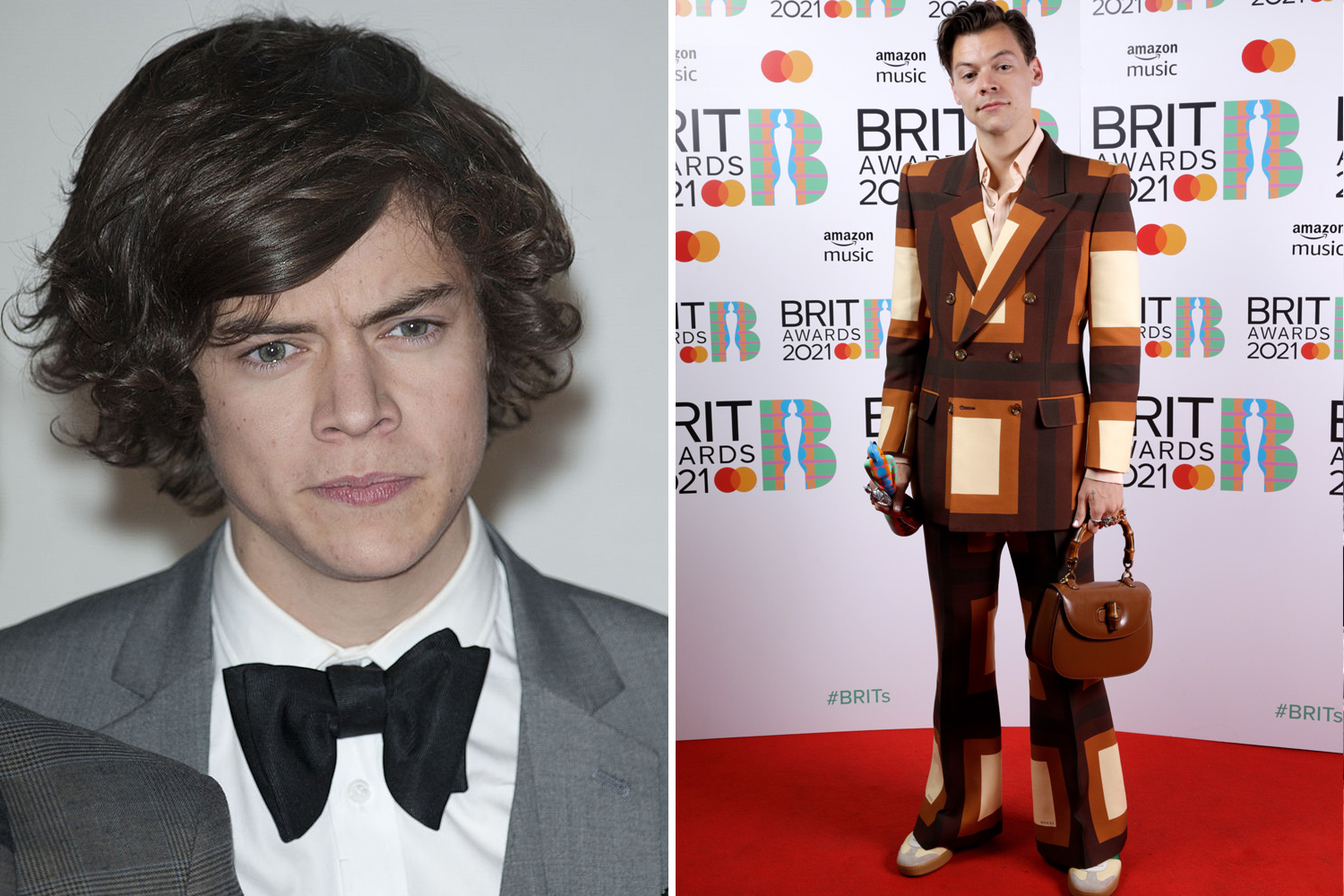 After accepting the award for best single, Harry humbly told fans he “continued to be baffled by moments like this”.

The Shake It Off star wowed fans with a performance of Blank Space at the 2015 Brit Awards.

Taylor, who was dressed in a black blazer and dress shorts, claimed the gong for International Female Solo Artist that night. 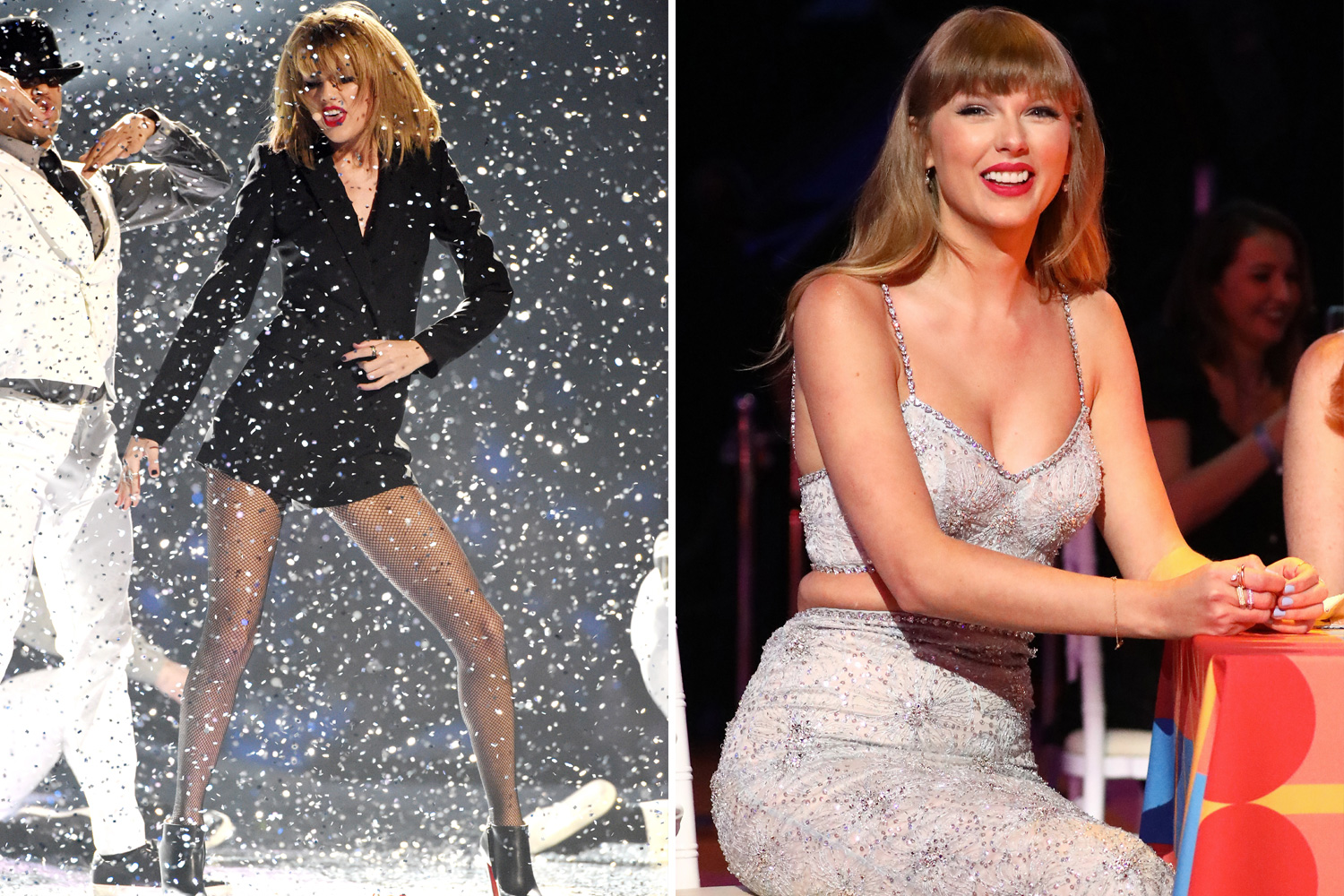 Six years on at the ceremony last night, the 31-year-old sported longer locks and a sparkling sequin ensemble.

She became the first woman to win the Global Icon award last night and was a runner-up for best international female.

It came off the back of them beating Marcus Collins to be crowned X Factor champions months earlier. 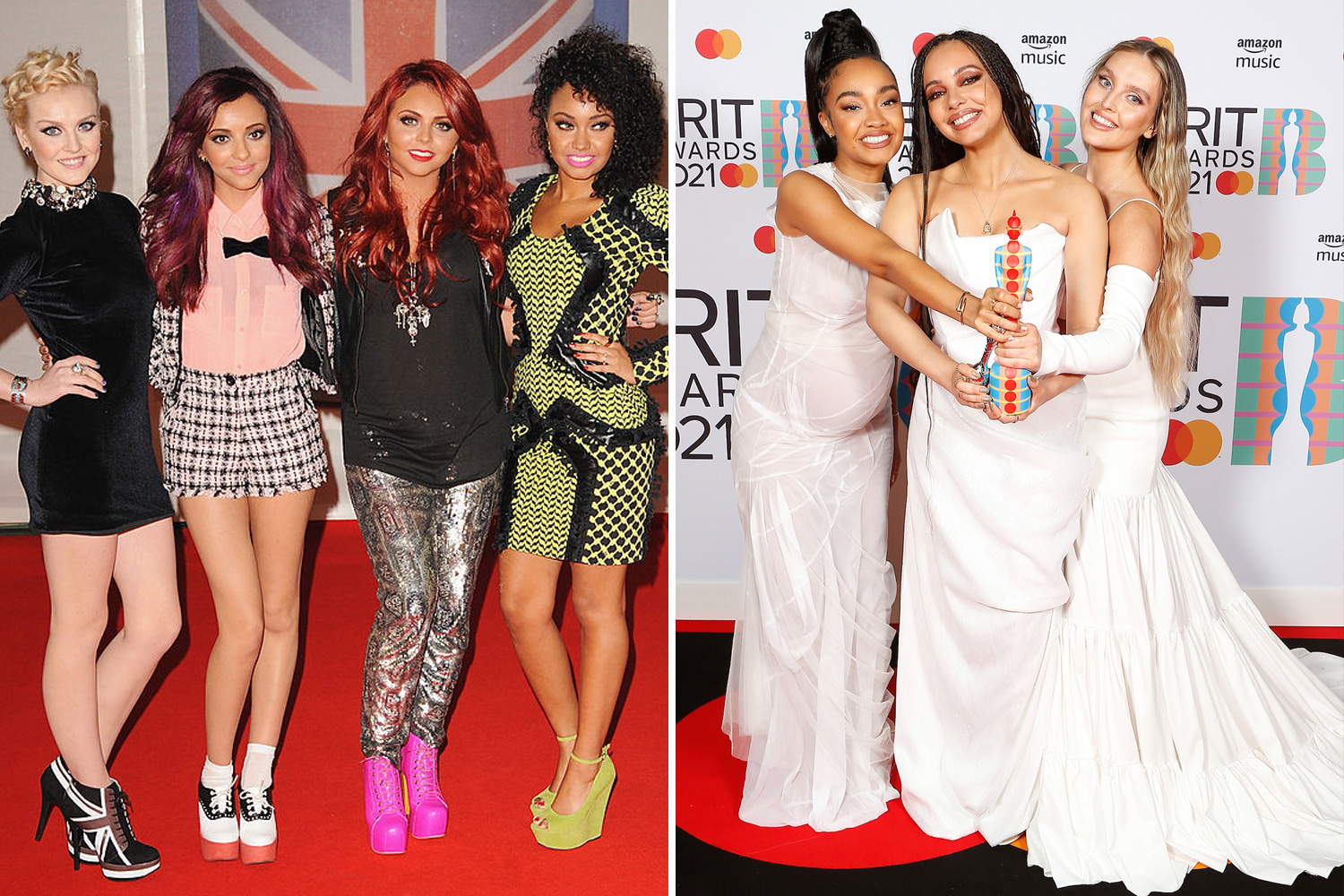 At last night’s awards ceremony the trio looked considerably different with one member down and two sporting baby bumps.

Little Mix paid tributes to their inspirations including Spice Girls, Sugababes, All Saints and Girls Aloud during their acceptance speech.

True to her name, the singer sported spiky pink hair during an early appearance at the Brit Awards appearance in 2003.

P!nk won the award for best international female after storming the charts with hits including God Is a DJ, Just Like a Pill and more. 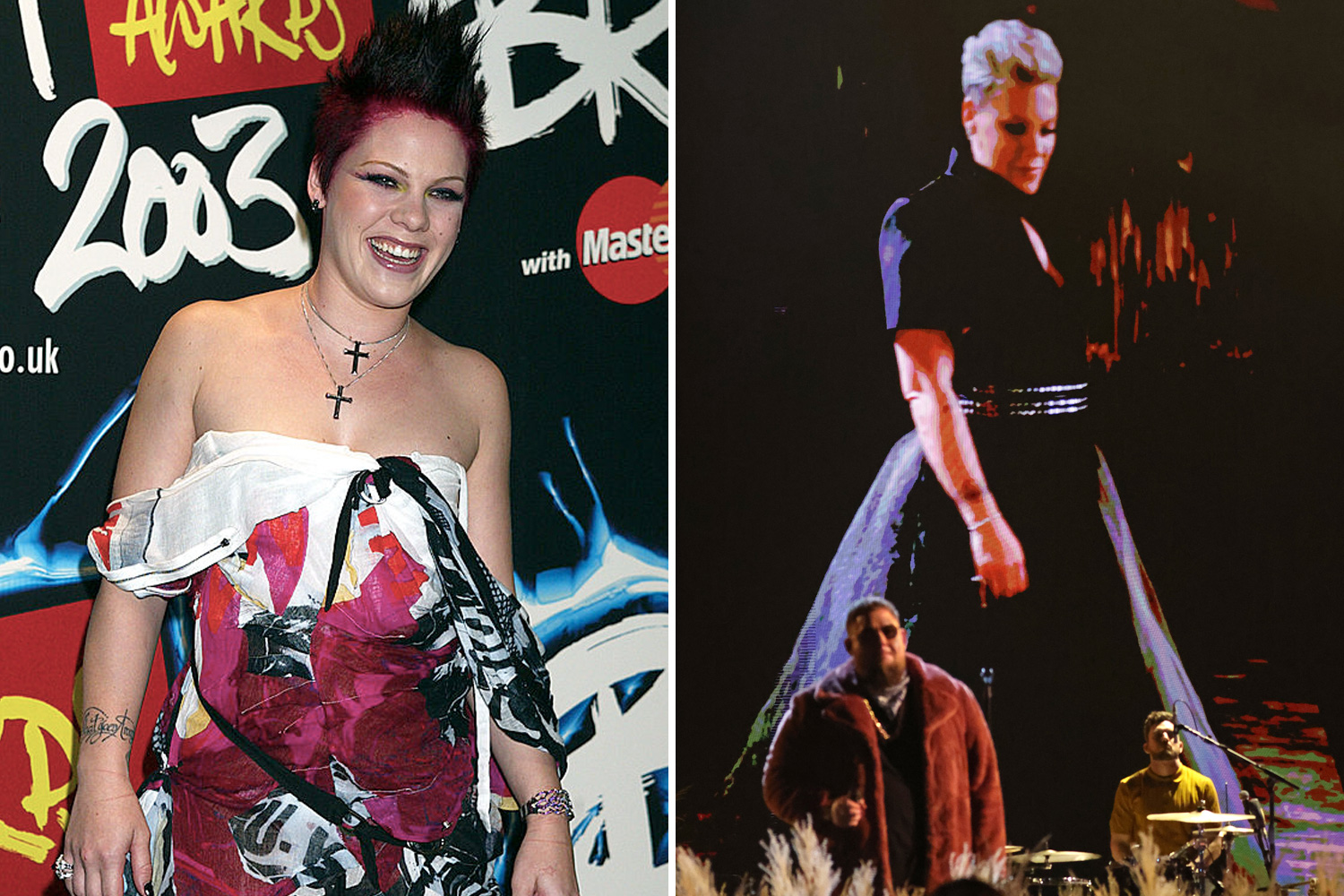 P!nk’s double-crossed 2003 look has been updated to a more elegant, darker outfit

This year, the 41-year-old returned to the ceremony to perform Anywhere Away from Here alongside Rag’n’Bone man.

Far from her former electrified look, Pink had neatly-styled blonde hair and a long black dress.

The Coldplay frontman had a shaved head, stubble and a denim jacket during his appearance at the Brits in 2001. 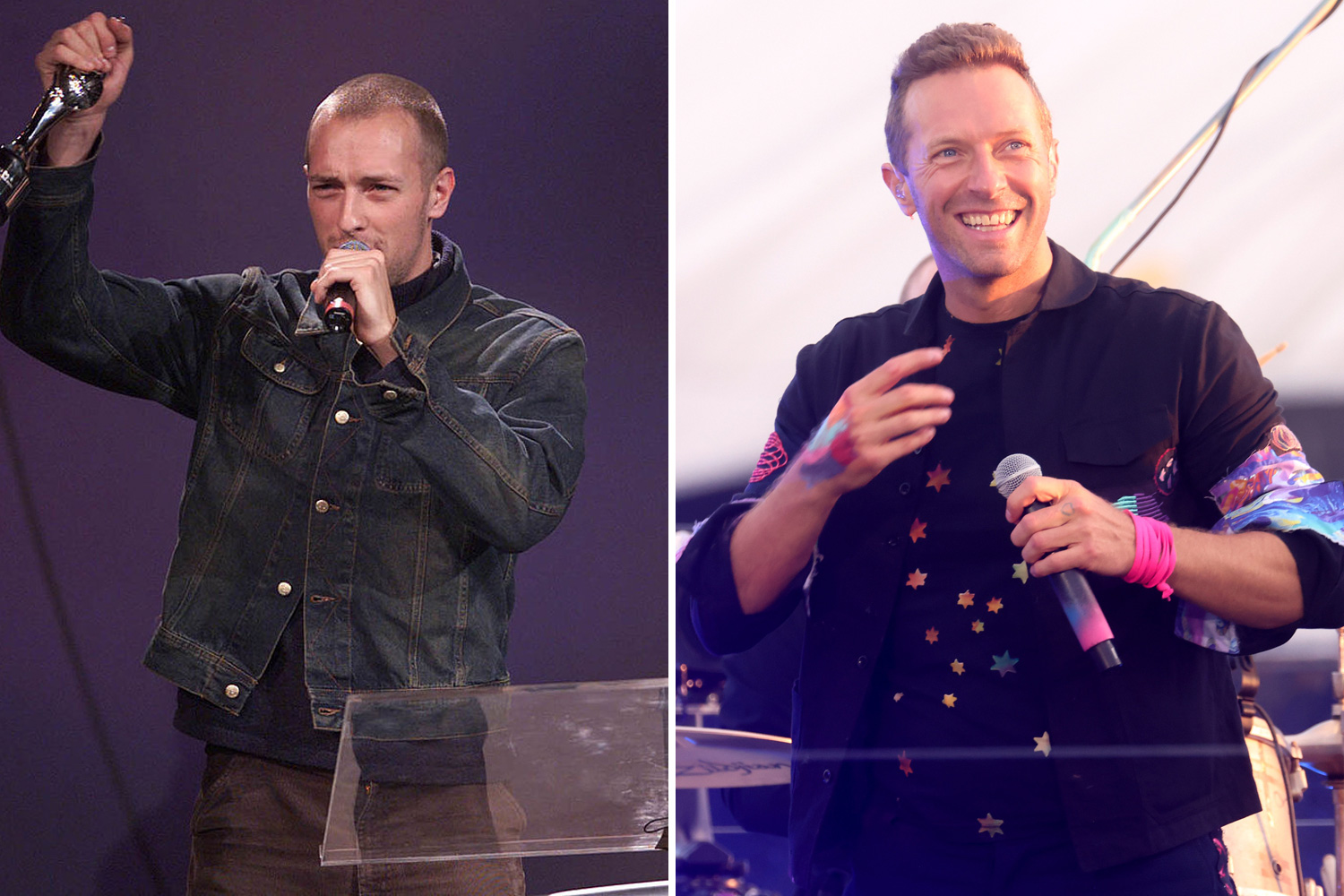 This year, Chris, 44, sported neatly coiffed hair and a colourfully decorated blazer as he opened the Brits last night.

Coldplay performed their new single High Power next to the River Thames in a thrilling show that featured fireworks and dancing holograms.

Far from her cheeky performance at last night’s Brit Awards, the singer sported a more modest look when she attended in 2016.

Dua Lipa wore a black suit at the ceremony after being nominated for the Rising Star award – she was beat by Rag’n’Bone Man. 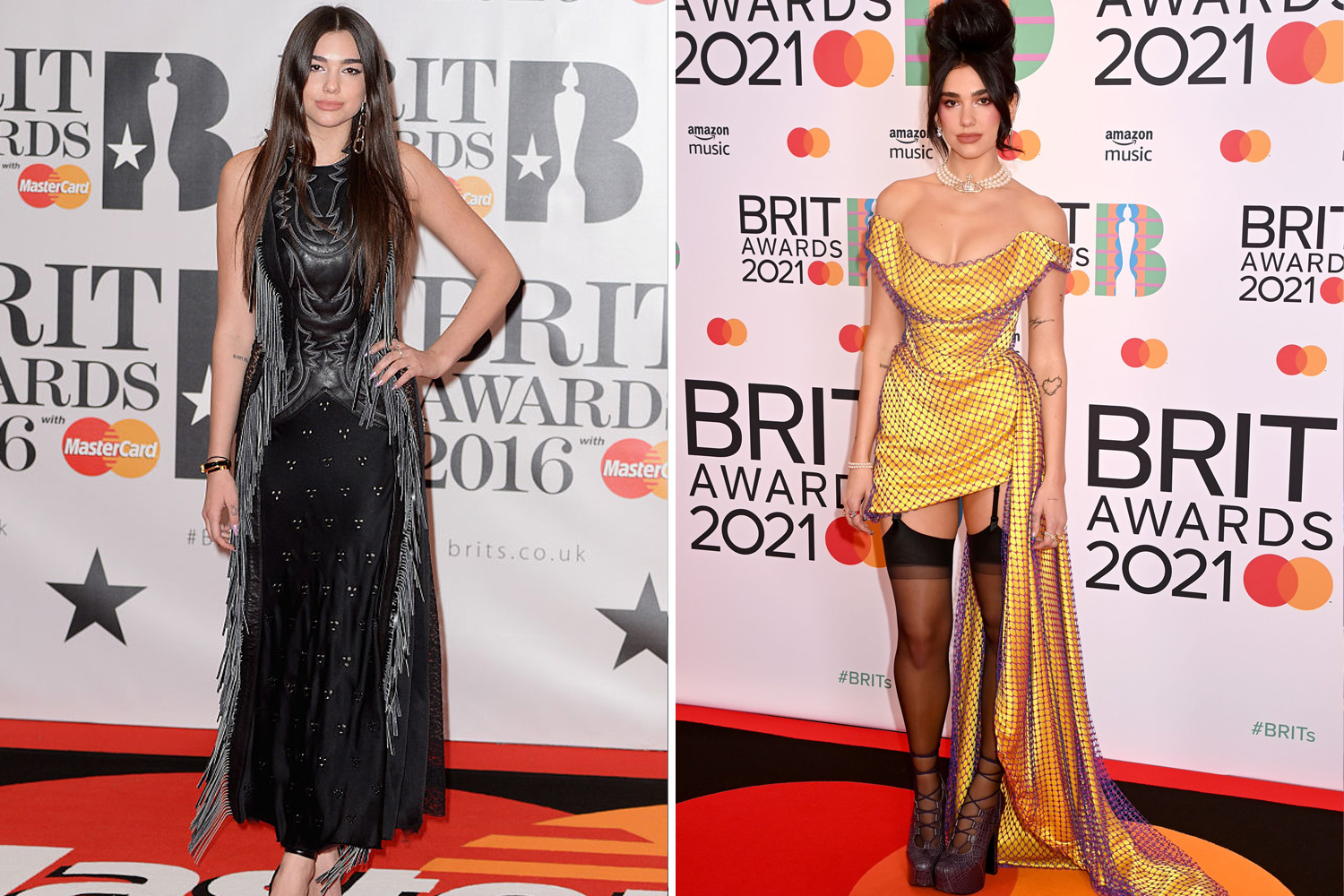 This year, the 25-year-old more than made up for her previous loss after claiming two of the top awards.

The singer thrilled fans while performing a medley of her award-winning album when she flashed her bum and twerked on-stage.