Court documents obtained by Us Weekly outlined an objection from Lynne, 65, over the $890,000 in legal fees from Jamie’s law firm Holland & Knight that have piled up since October 2020. According to the docs, which were filed on Monday, April 19, Lynne believes that many of the fees requested by Jamie’s team of attorneys are “procedurally and substantively improper.”

The 39-year-old pop star’s mom claimed in the filing that the law firm’s services were not “performed in good faith for the benefit” of the “Circus” singer and therefore did not deserve the “utterly excessive” compensation. Lynne demanded that the court reviews the billing and that a significant amount of the total fees — the $224,000 set aside for press communication — be “immediately repaid” to Britney’s estate. 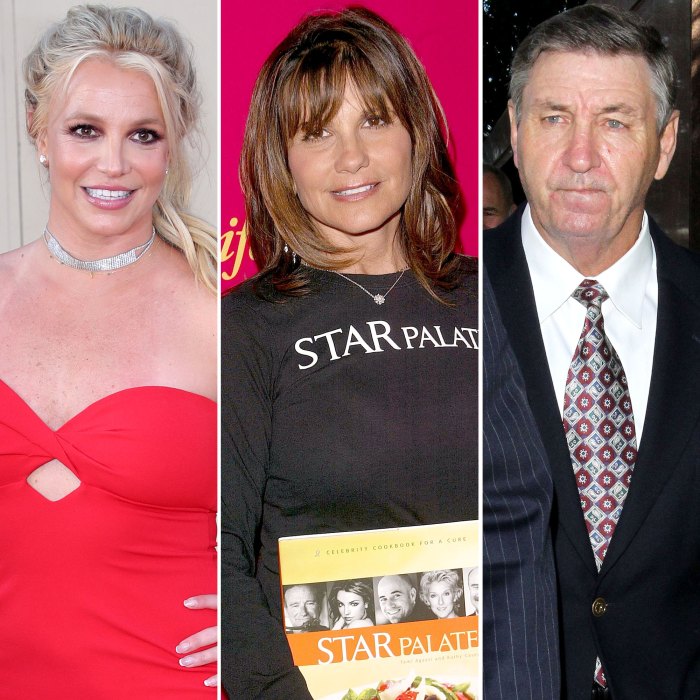 “[Lynne] vehemently objects to the inclusion of services related to ‘Media Matters:’ the national media tour that Mr. Spears’ counsel has embarked upon,” the objection stated, arguing that much of the “unnecessary” work done by the firm was “directly contrary to [Britney’s] wish for privacy” throughout her ongoing case.

“The Conservatee’s life has been under a media microscope, and the last thing she wishes, desires, or derives any benefit from is her Conservator’s attorney spending [her] money to promote herself in the same media that scrutinizes everything that happens to [Britney],” the documents continued.

The Heart to Heart coauthor divorced Jamie, 68, in May 2002 after nearly 30 years of marriage. Along with Britney, the duo share daughter Jamie Lynn Spears and son Bryan Spears.

Lynne’s filing claimed that 628 hours of work were billed by Holland & Knight — only 385 hours of which had been approved. The litigation services allegedly cost “$200,000 more than all of other law firms combined for whom fee applications were filed, largely for similar work done” during the same four-month period.

Another hearing is scheduled for April 27. Lynne’s filing comes weeks after the Grammy winner’s court-appointed attorney, Samuel D. Ingham III, filed a petition in Los Angeles Superior Court to make Jodi Montgomery her conservator instead of Jamie. Montgomery took on the role temporarily in September 2019 after Britney’s father stepped down amid health concerns. However, Jamie has maintained control over the conservatorship of his daughter’s estate.

Ingham previously claimed in August 2020 that the “Toxic” singer is “strongly opposed” to her dad “continuing as sole conservator of her estate.” Three months later, the lawyer argued in a court hearing that Britney is “afraid” of Jamie and “will not perform as long as her father is in charge of her career.” (The Crossroads actress has been on a professional hiatus since early 2019.)

Britney was placed under her conservatorship after suffering a public breakdown in 2008 amid her divorce from Kevin Federline, with whom she shares sons Preston, 15, and Jayden, 14. Newfound interest in her case was sparked after FX and Hulu’s The New York Times Presents series released its “Framing Britney Spears” episode in February. As she continued to deal with the fallout, a source exclusively revealed that the “Hold It Against Me” singer was “embarrassed” by the TV special.

“It’s turned into a nightmare for her because she can’t imagine what her kids are going to think now, and it’s certainly triggered some emotions from her past,” the insider told Us earlier this month. “She’s a major pop star, but she’s still a human being who is super sensitive and, sadly, is really affected by the public’s opinion about her.”