Britain’s Got Talent is back, and after a two-year hiatus, it’s set to be better than ever.

Returning to screens tonight, judges Simon Cowell, Alesha Dixon, David Walliams and Amanda Holden are on the hunt for the nation’s biggest talent, and people across the country have been queuing for auditions for the chance to perform on stage and make it to the Royal Variety show.

From invisible phantom horror acts to children surprising their parents on stage, this year’s series seems to have it all, with Ant McPartlin and Declan Donnelly back where they belong presenting.

A trailer released last week featured a first look at this year’s hopefuls, including a lookalike of the media mogul head judge, shocking moments that will leave the panel covering their faces in horror and spectacular musical performances… as per.

What’s slightly different this year, as the show hits off its 15th series, is a new segment labelled the judges’ Golden Moments.

What are the judges’ Golden Moments?

The five Golden Moments, which will be scattered throughout the series, are a new addition to this year’s series.

The judges are returning for their 10th year together (Picture: Thames/Syco/Rex/Shutterstock)

While Britain’s Got Talent has been known to pull on the heart strings on occasion, they’ve amped it up even more, as the judges will now be personally inviting contestants to ask them to compete on the show.

Explaining the new idea to Metro.co.uk and other publications, Simon said: ‘A couple of years ago, someone said to me “Will you go to this school and tell the school kids that they actually are going to be on Britain’s Got Talent” because they didn’t know.

‘So I turn up at the school and walk into the classroom, and they had no idea what was going on, and I said: “Your teacher has applied to be on the show, would you like to be on the show?”‘

The media mogul continued: ‘We surprise someone in all different ways and tell them that actually someone has applied for them to be on the show. 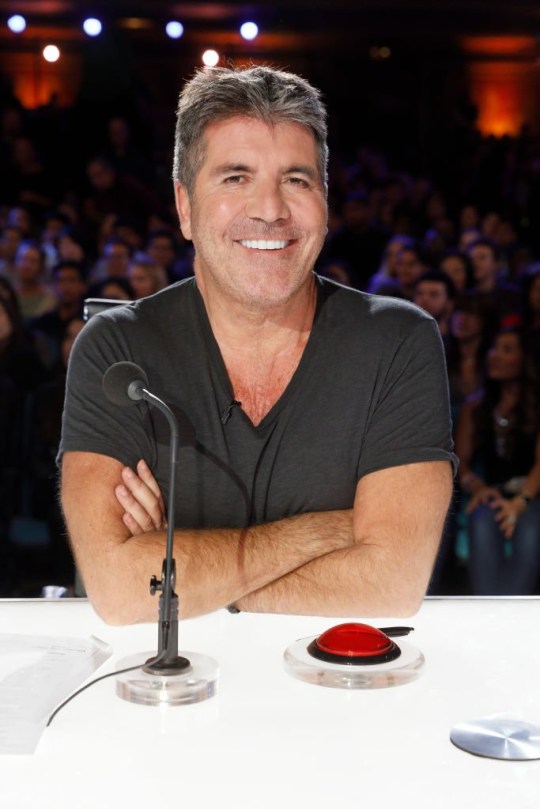 ‘We each had our own surprise to do, it was brilliant, all very very different.

‘We called them Golden Moments.’

David added: ‘The Golden Buzzer moment is such a euphoric one that you really want a moment like that in every show,’ stating that these new moments would be an extra special emotional touch along with the Golden Buzzers.

He jokingly said: ‘I did think it was unfair that Simon got to do it before.’

Simon later confirmed that while the Golden Moments don’t guarantee contestants’ place in the finals like the Golden Buzzers, ‘it’s just something else, we all enjoyed doing it,’ he said.

What is the Golden Buzzer?

Sticking to the gold theme, Golden Moments will be joining the already-much-loved Golden Buzzer.

The Golden Buzzer sends an act straight through to the live semi-finals regardless of what the other judges may think.

All four judges, along with Ant and Dec, can each press the Golden Buzzer once during the auditions.

The buzzer rains gold confetti down on the performer and sends them straight through to the live shows, in what’s usually an incredibly emotional moment for those watching at home and the recipients on stage.