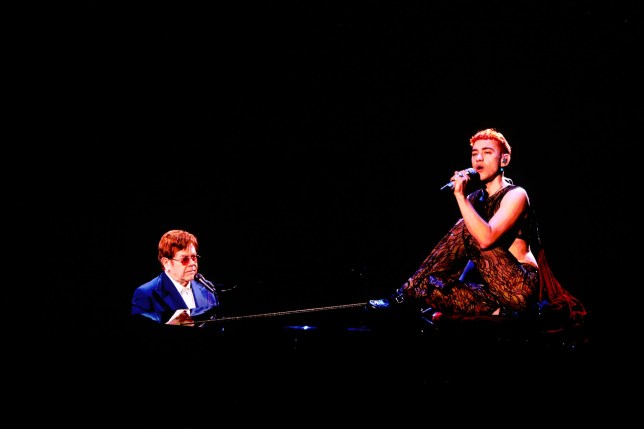 Sir Elton John and Years & Years star Olly Alexander gave a stunning performance for the Brit Awards on Tuesday night with their version of the classic 80s track It’s A Sin.

Sir Elton, wearing a sharp blue suit and his trademark sunglasses played the piano with Olly, in a gorgeous, lacy Harris Reed crop-top with matching trousers.

The King singer was as blown away as the rest of us by the duet – and he was on stage! – writing on Instagram afterwards: ‘This really happened!!!’ with a picture of the musicians mid performance.

It’s A Sin is also the title of Olly’s hit Channel 4 drama, which followed a close group of friends whose lives are changed by the HIV pandemic.

Luckily for the fans, Olly and the Rocket Man himself have decided to release their version of It’s A Sin for fans to download and enjoy over and over.

A studio version of the song is available to stream and download on platforms including Apple Music, Spotify, iTunes and YouTube.

Proceeds will go towards the Elton John Aids Foundation.

Who sung the original?

The original song is by Pet Shop Boys, made up of Neil Tennant and Chris Lowe, and was released in 1987.

It served as the lead single from their second album Actually and shot to number one in the charts.

The duo previously praised the Years & Years version of their track for the TV show of the same name, calling it ‘beautiful’.

Other performances at the Brit awards, which took place at London’s O2 Arena, came from Dua Lipa, Coldplay, Arlo Parks and Rag’n’Bone Man.

Little Mix had a historic win on the night, becoming the first girl group ever to win best group.