“Aside from my kids nothing reconnects me to life like the sound of the ocean,” the 47-year-old Beverly Hills, 90210 alum captioned an Instagram selfie in front of the water on Wednesday, December 30.

The Dancing With the Stars pro, 35, posted a snap of the same backdrop.

The rumored new couple was first spotted at LAX together on December 25 — days after Burgess exclusively told Us Weekly that she was off the market.

“It’s been really awesome,” she gushed at the time. “I actually am not on the market anymore. But it’s very new and very, you know, it’s dating, essentially. No one’s calling us a relationship yet.”

Burgess, who noted her new man was famous, added that their new relationship felt “different to all the rest of them.”

She explained: “I thought that when I met someone, I would be, like, screaming it from the mountain tops and telling everyone I’m in love. It’s almost the opposite. I want to hold it close to me for as long as I can, to stay in this space and just enjoy that human for as much as I can.” 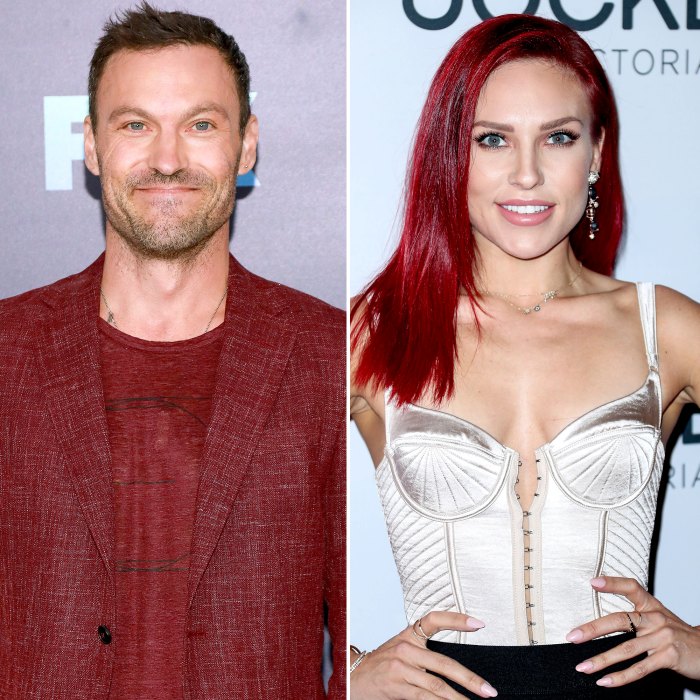 The pro dancer has previously been linked to Paul Kirkland, Bonner Bolton and Pierson Fodé. Green, for his part, split from wife Megan Fox earlier this year.

After Green and Fox announced their separation in May, she went public with new man Machine Gun Kelly. The Desperate Housewives actor, for his part, was briefly linked to Courtney Stodden and Tina Louise during the summer.

“What people normally do when they get out of [a relationship] is they date,” Green said on the “Hollywood Raw” podcast in August. “They talk to multiple people at once, some people use dating apps, they talk to multiple people, they go on multiple dates, they spend time with people until you feel a connection with someone then something builds from there. … When you start finding commonalities with someone, then it becomes something bigger. You have to be willing to get out there and put yourself out there.”