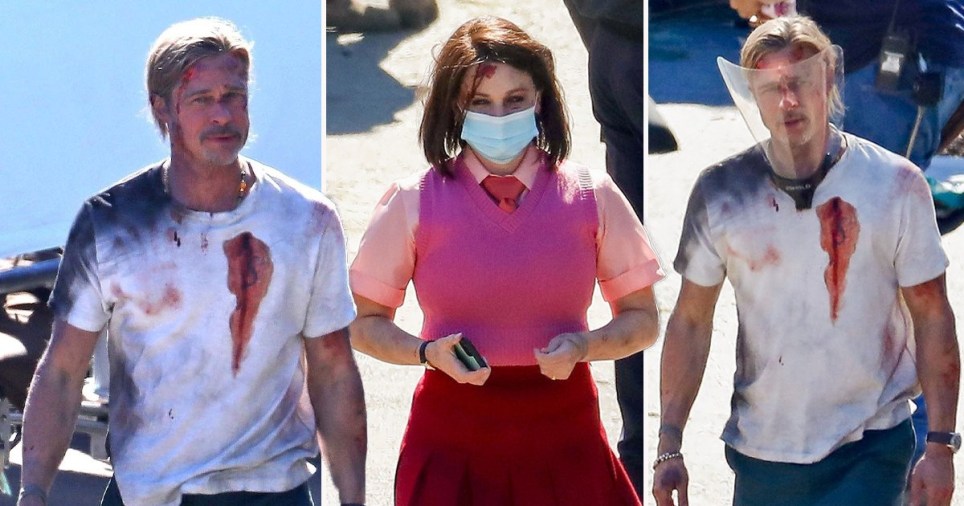 Brad Pitt and Joey King were in the thick of the action on set of Bullet Train this week (Picture: Backgrid)

Brad Pitt was looking a little worse for wear on set of his new action blockbuster Bullet Train.

The 57-year-old actor was spotted getting to work on the anticipated thriller alongside Joey King this week in Los Angeles, California.

In the first major photos from production, Brad is seen with a tense look on his bloodied and bruised face, wearing a white T-shirt covered in black dirt and blood, and his long hair scraped back into a low pony.

At one point, the Hollywood star wiped blood off his face and wore a clear plastic face shield in between scenes, proving the cast and crew are taking health and safety measures to ensure filming can continue with minimal disruption during the coronavirus pandemic.

Things weren’t faring any better for King, who was seen with a little blood on her forehead. The 21-year-old Kissing Booth actress sported a preppy look wearing a red pleated miniskirt with a pink jumper vest and shirt and tie underneath.

Bullet Train is based on the popular Japanese novel Maria Beetle by bestselling author Kotaro Isaka.

It will see Brad star as American hitman named Ladybug and will follow several other assassins who end up on the same train with different missions that may end up being connected. It’s reported that King’s character tries to kill Brad’s character which more than likely explains why they’re both covered in blood. 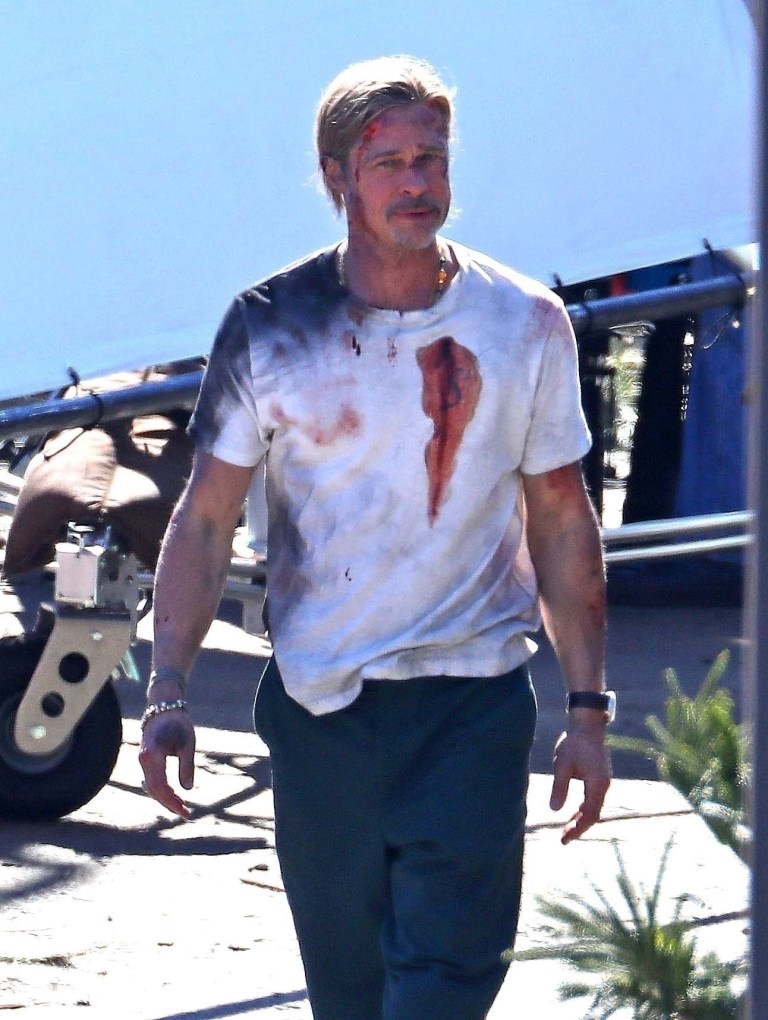 Brad’s character looks to be having a tough time avoiding the assassins (Picture: Backgrid) 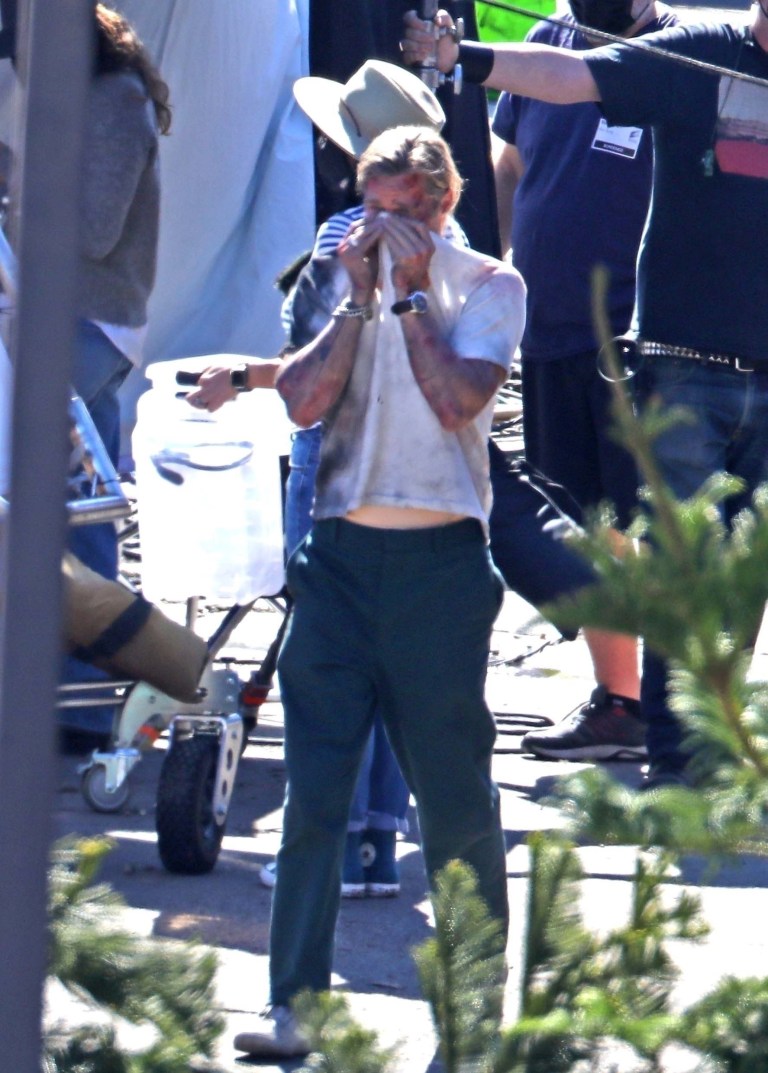 The actor wiped blood off his face in between takes (Picture: Backgrid) 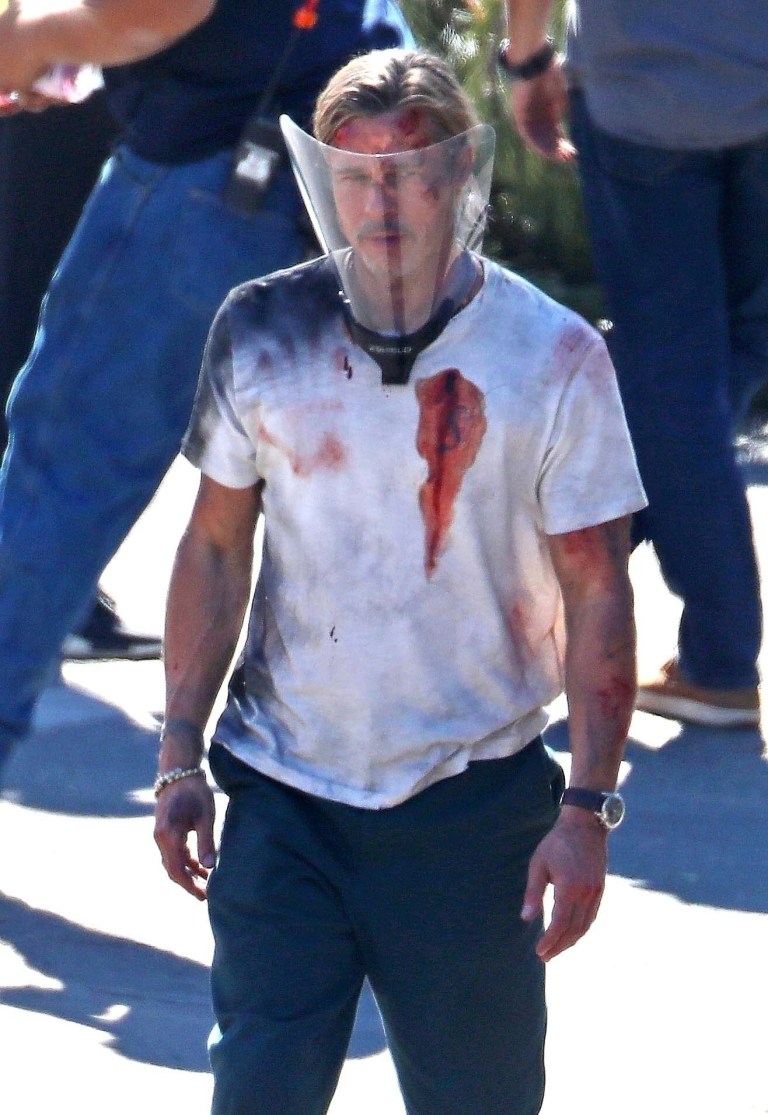 However, perhaps most importantly, it will see Brad star alongside his longtime friend Sandra Bullock for the first time. 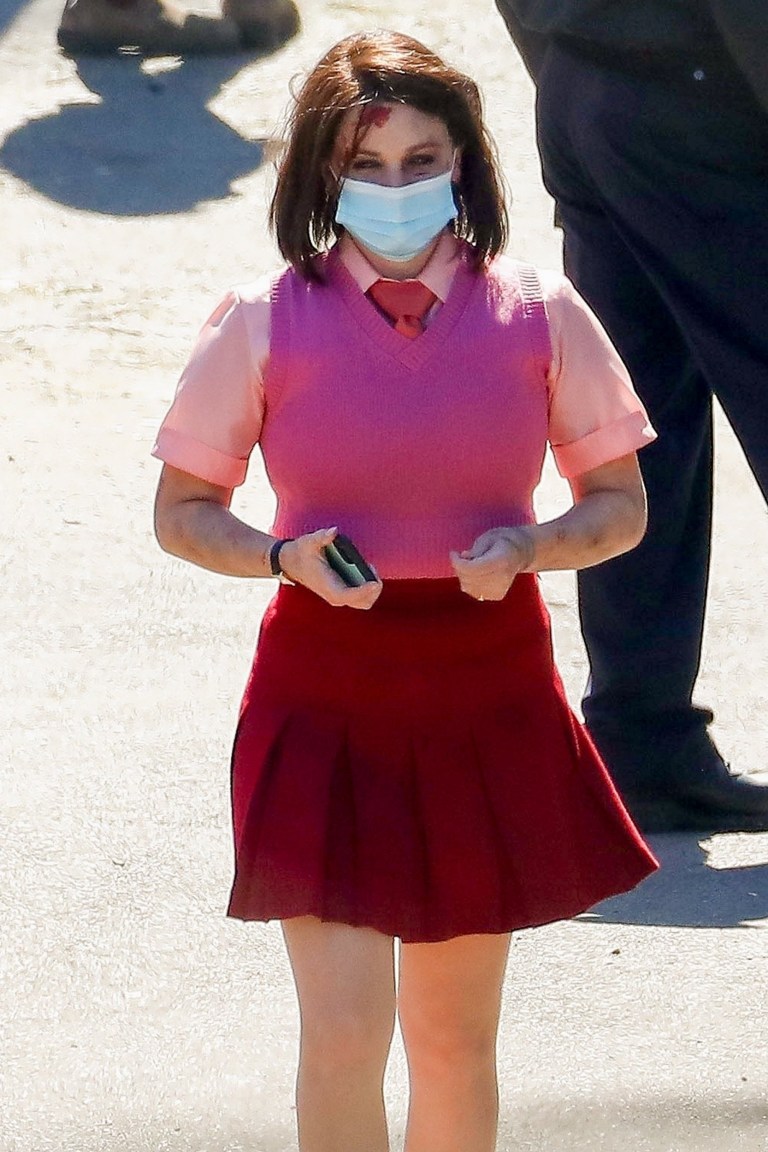 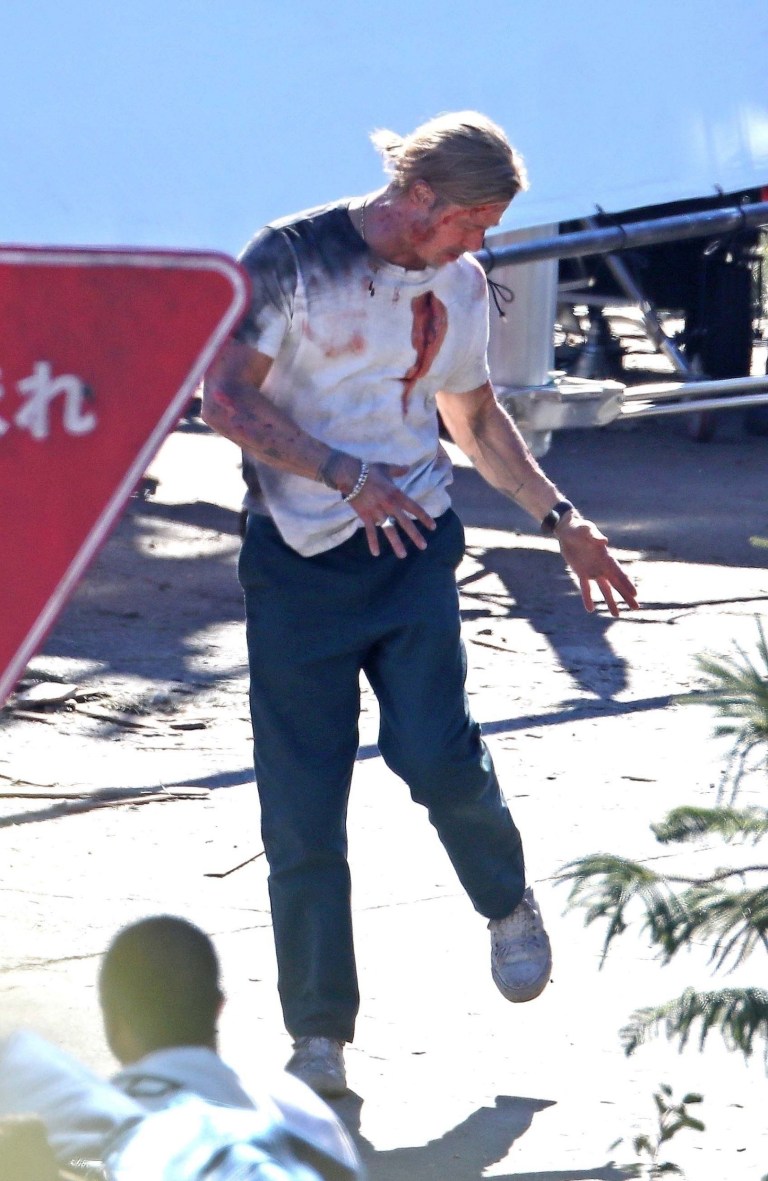 Brad will star alongside other A-listers in the action thriller (Picture: Backgrid)

It’s interesting that Sandra has been attached to the project as Sony Pictures previously compared the film’s tone to her iconic blockbuster Speed, which was set on a bus and saw her star alongside Keanu Reeves.

Bullet Train has also drawn comparisons to Non-Stop, the Liam Neeson thriller set on a plane.

A release date for Bullet Train is yet to be announced.