Aml Ameen has taken on a genre that’s not easy to master for his directorial debut Boxing Day.

With Hollywood taken over by blockbuster superhero movies, it’s meant some genres such as rom-coms, which were previously the big money-makers, have been forced to slowly fade into oblivion. Honestly, when was the last great rom-com you can think of?

Releasing a festive rom-com isn’t, of course, a new idea but Boxing Day is immediately set apart from its predecessors being the first Black British Christmas movie. The timing couldn’t be more perfect as, you might remember, it was this time last year that a certain supermarket chain’s Christmas advert – ahem, Sainsbury’s – sparked such outrage among some because it simply featured a Black family having their Christmas lunch.

Yes, Black people do the normal family thing at this time of year too, and Boxing Day is just a snapshot into how much fun it can be.

It follows Melvin (Ameen), an author who lives in LA but is returning home to London to promote his new book alongside his new fiancee Lisa (Aja Naomi King). However, he’s less keen on attending his family’s annual Boxing Day bonanza after shocking events in a previous year.

Alongside all of that, Lisa’s hiding a secret and Melvin is reacquainted with his ex Georgia (Leigh-Anne Pinnock), who is now a global superstar singer and clearly still harbours some feelings and unfinished business with him.

From the offset, Boxing Day is warm, festive and keeps the pace at full tilt as it introduces us to each area of Melvin’s life, both in LA and London. Aside from the obviously predominantly Black cast, the soundtrack perfectly supports the focus on Black British and Caribbean culture with an assortment of reggae classics to stir nostalgia of our own family celebrations.

It skillfully weaves in the narrative of Caribbean culture versus African with Melvin’s family hailing from the islands and Georgia’s dad, a proud Nigerian man, but also how in London, both cultures have blended together over the years in a melting pot. 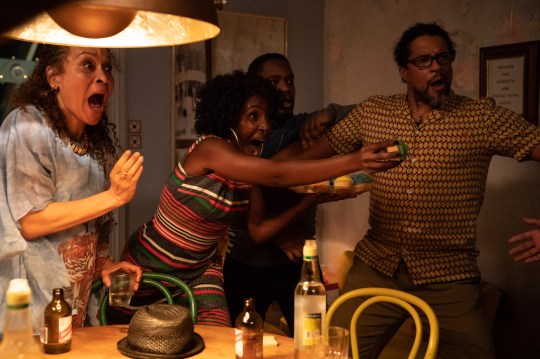 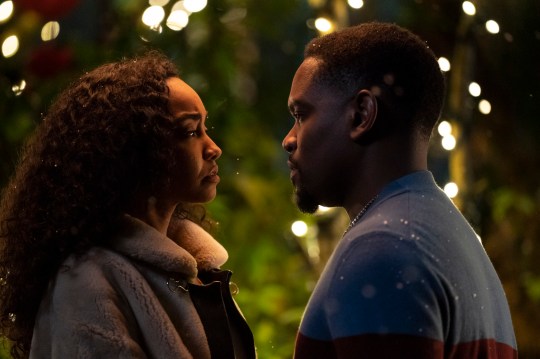 Scenes of the older African and West Indian generations bantering about their heritage around the dining table is something many of us can relate to whether we’ve seen – or partaken in ourselves – with friends and family from different Black British cultures.

Overall, there’s a lot going on in Melvin’s world; a love triangle being just one of the issues keeping him busy, and Ameen does well in giving most of the subplots room to breathe. However, having so many arcs to entertain only falters perhaps when it comes to fleshing out some of the supporting characters; Melvin’s younger brother for instance, who is used well as comic relief but sometimes gets lost in the brilliant chaos of the main plot. 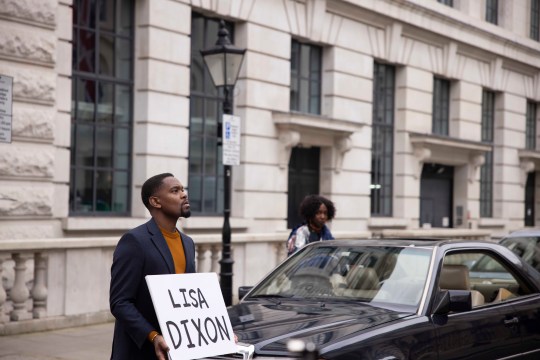 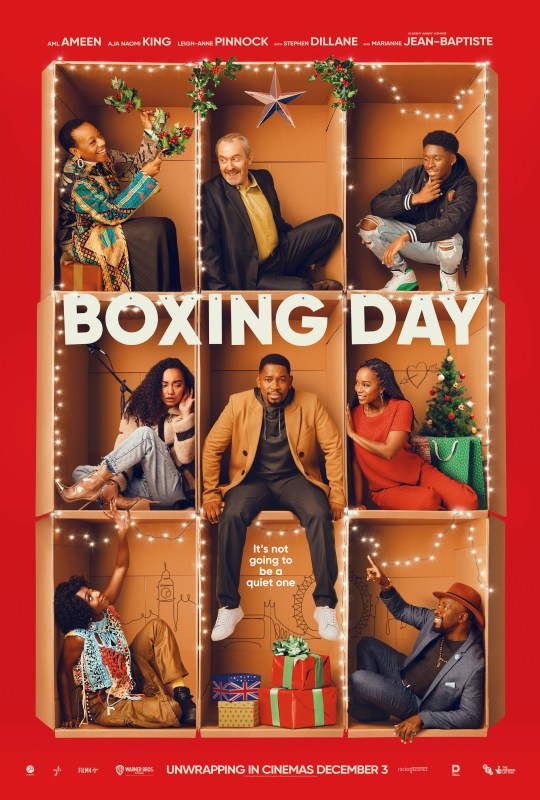 The nods to Richard Curtis’ Love Actually, which arguably set the bar for British Christmas movies, are intentionally unsubtle with Melvin trying to win Lisa back with romantic cue cards. It’s this kind of humour which makes Boxing Day a winner; it’s pretentious-free and somehow manages to avoid overdoing it on the cheese.

Ameen’s direction is well-considered, capturing both the opulence and realness of London whether it’s a five-star hotel or council estate, and making it fit together seamlessly. His script also draws brilliant performances out of himself, but also newcomer Pinnock who makes her acting debut as Georgia and does a surprisingly convincing job.

Marianne Jean Baptiste, who stars as Melvin’s mother Shirley, is both warm and fun to watch as she takes the chaos of the holiday in her stride while hilariously trying to keep her white boyfriend a secret.

Boxing Day is a complete breath of fresh air for British cinema and offers the feel-good, fuzzy type of rom-com we all need at this time of year.

Boxing Day is out in cinemas now.