BORIS Johnson has decked out No10 with England flags ahead of the Euro 2020 final.

The Three Lions face Italy on Sunday night – and Brits are pushing for celebratory Bank Holiday if we win.

Boris Johnson has decked out No10 with England flagsCredit: Reuters 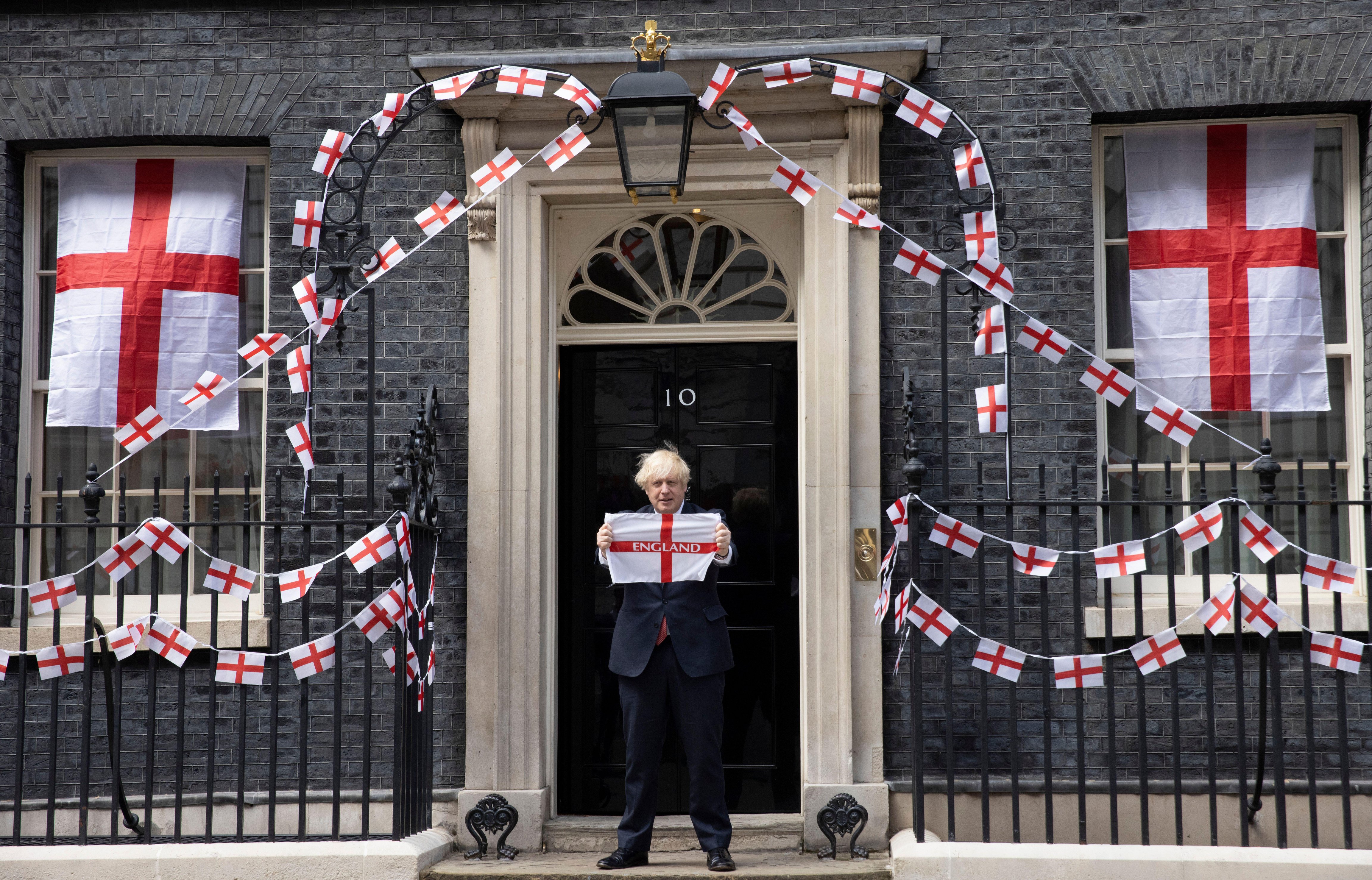 The PM is preparing for the Euro 2020 final against Italy on SundayCredit: Alamy

Photos from the PM’s home show St George’s flags draped across windows, with bunting hanging from lampposts and gates.

Boris seems to have come down with football fever – even showing off his own flag outside his front door.

He gave the camera a big thumbs up in preparation for the big game.

As well as the flags, he also managed to show the team his support with a small England pin on his suit.

It follows his appearance at the semi-final against Denmark when he was snapped celebrating England’s victory with his wife Carrie and Prince William.

The Prime Minister thew his hands in the air and hugged his partner as Harry Kane’s extra time winner hit the back of the net.

The Duke of Cambridge was also cheering on the Three Lions squad as they took one step closer to bringing it home.

Boris donned an England shirt for the occasion, while Wills looked smart in a shirt and tie as his wife Kate Middleton self-isolates at home. 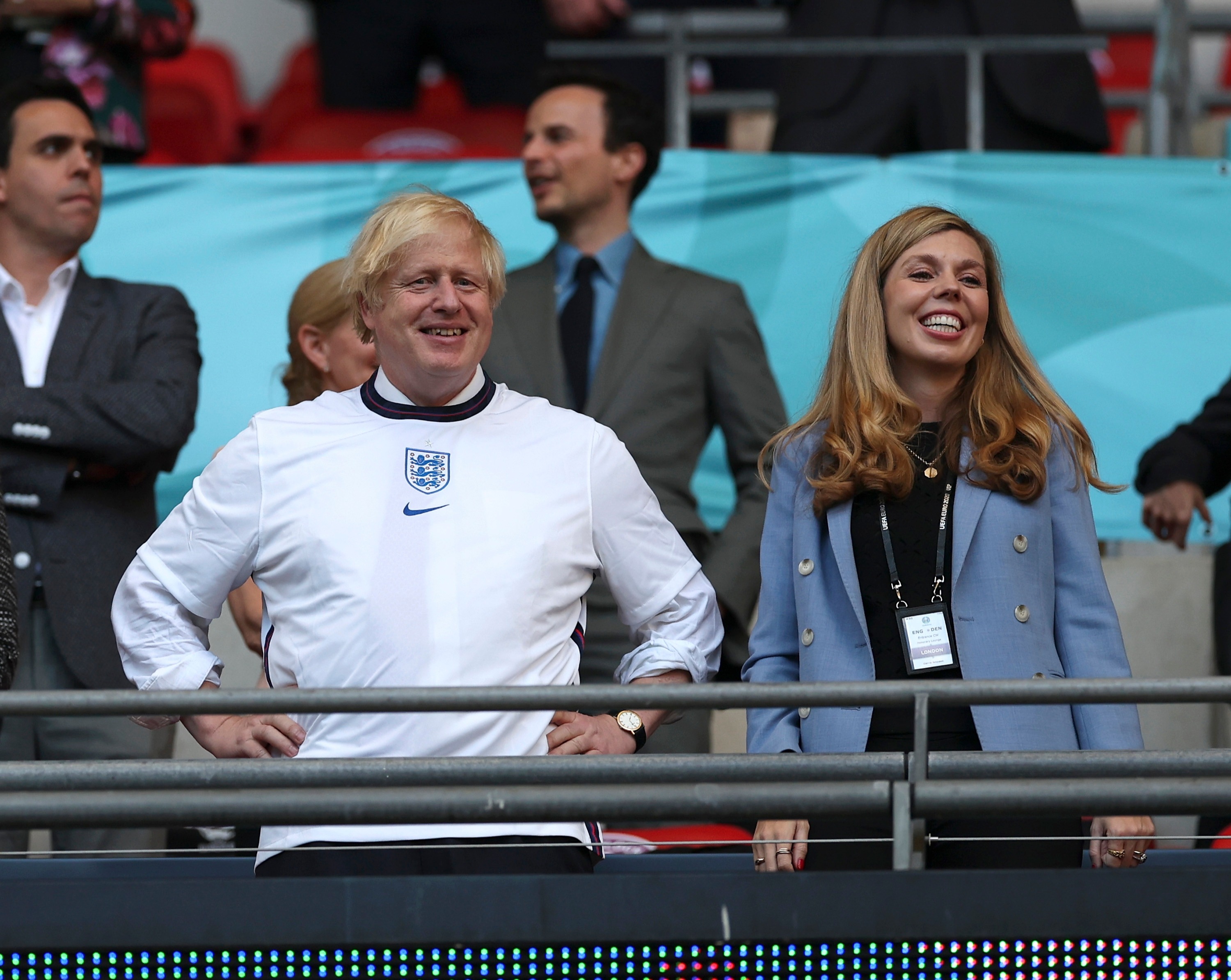 He wore an England shirt to the semi-final at Wembley with wife CarrieCredit: Getty 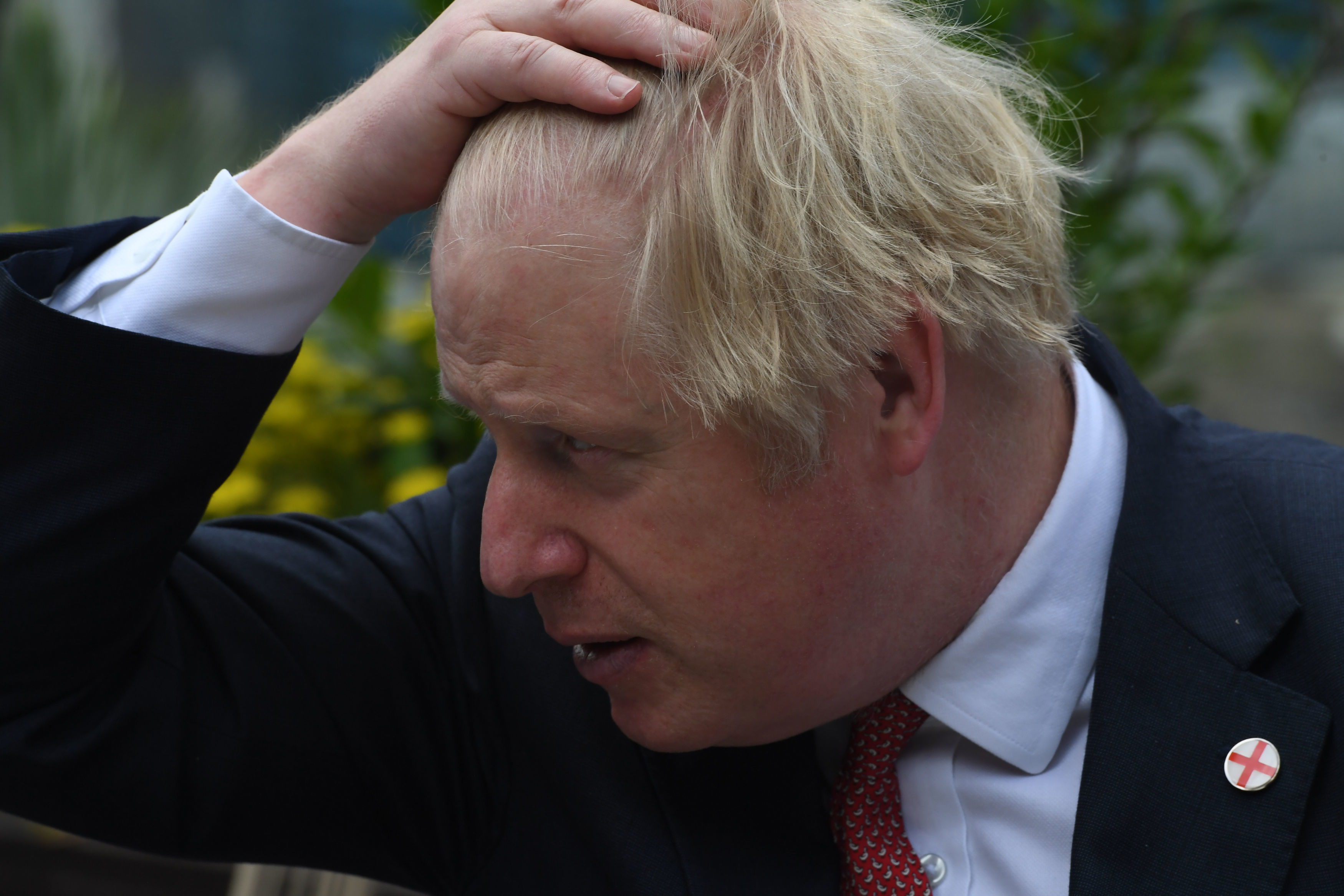 The PM also showed his support with an England pin on his suitCredit: PA

Boris is poised to give Brits an official day off if England ‘bring it home’.

More than 346,000 people have signed a petition calling for Monday off work.

They argue it wold be “beneficial and sensible to give the country the day off the next day if England win”.

Schools and businesses are already planning on opening late on Monday to allow fans to recover from a late night.

Many bosses will let staff a lie-in on Monday morning to sleep off the boozy celebrations if the Three Lions beat Italy in the Wembley showdown.

And there is mounting pressure for Boris to give us all another day off when Covid restrictions ease.

The PM hinted that a national day off could be on the cards if the Three Lions triumph against Italy on Sunday evening but said: “Let’s see what happens.”

Sunday’s game kicks off at 8pm.

Both the BBC and ITV will have live coverage of the Three Lions’ biggest match in 55 years.