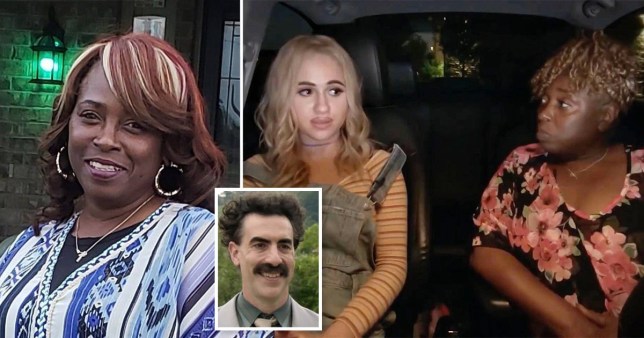 Jeanise Jones was one of the breakout stars of Borat Subsequent Moviefilm: Delivery of Prodigious Bribe to American Regime for Make Benefit Once Glorious Nation of Kazakhstan, as she babysat for Borat’s daughter Tutar, played by Maria Bakalova, during the movie – which she believed to be a serious documentary.

And Baron Cohen has shown his gratitude by donating a huge sum to Jones’ Oklahoma City community on her behalf.

Pastor Derrick Scobey confirmed that the actor had donated $100,000, and told People that the money will be distributed by the Ebenezer Baptist Church to provide shelter and food for those in the community.

Scobey said: ‘I was blown away but not surprised because I was told about what type of heart this man has.

‘Maybe it’s a little risqué, some of the things in the movie, but he has a good heart.’ 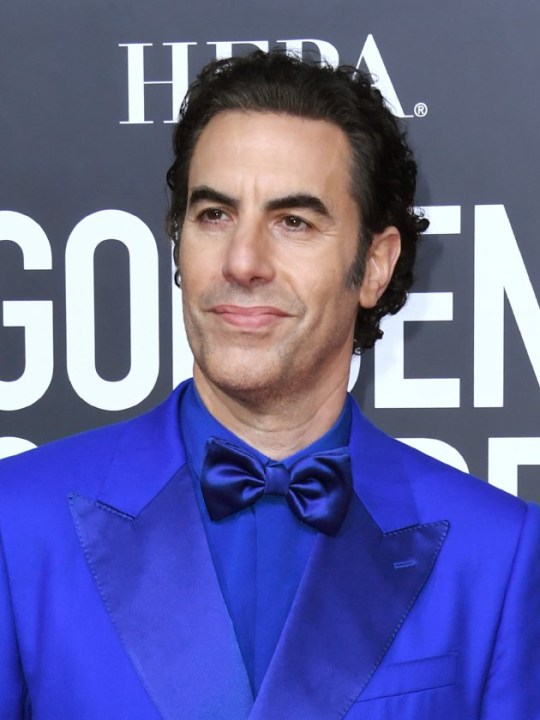 The actor was praised for the donation (Picture: Getty/Maria Bakalova/Instagram)

Scobey had previously set up a GoFundMe for Jones, stating that she had lost her job of 32 years due to the pandemic.

He wrote: ‘Jeanise Jones is a Mother(3), Grandmother (6), faithful church member and just an overall great person who will help anyone. She recently emerged as the “STAR” in the new Borat movie. She was recruited from our church the Ebenezer Baptist Church in Oklahoma City after Producers spoke to me about needing a “Black Grandmother” for a small role in a “documentary.”

‘Jeanise emerged as that person and she was completely unaware that this was a comedy, and all of this was made up. We have been praying for the young lady in the movie because we all genuinely thought she was in trouble. The joke is on us/Jeanise and that’s no problem.

‘Many of you have reached from around the world to say thank you, so I thought it would be great to give people a vehicle to say thank you in a tangible way, She wasn’t paid much money at all for her role in this movie. 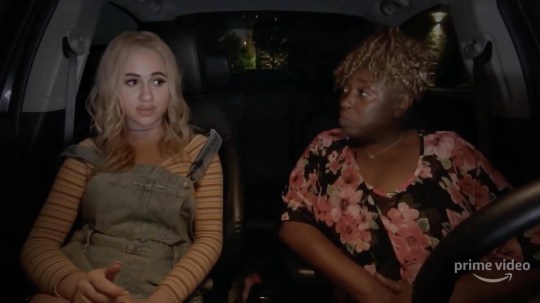 ‘This was not scripted for Jeanise. It all came from the heart. She is one of the most authentic people I’ve ever met. One good thing that has come from this is that Jeanise doesn’t have to worry about “Tutar” anymore. She has WORRIED about this young lady for a year.’

Jones, 61, believed that she was in a documentary about child brides and was seen trying to warn Tutar, played by, away from getting breast implants and marrying a rich older man.

Speaking to Metro.co.uk, Jones said: ‘It’s only now I realise it’s a comedy and that he [Sacha Baron Cohen] is famous. At the time I didn’t recognise him, I thought he was for real. He was saying some crazy stuff while we were on camera, which got me upset.

‘I was thinking “are you for real?” and was just being honest with him and with her. While I was with him and the girl I thought was his daughter he was saying she wanted a boob job and I thought, “what does a 15-year-old girl need a boob job for?”

However, Jones doesn’t hold any hard feelings towards Baron Cohen, adding: ‘I could have kicked his butt and given him some choice words, it was hard not to give him some strong language you can’t say on television.

‘I’m glad now that I didn’t get that serious. I thought all I could do was tell them to do the right thing and let them take it or leave it. It was an experience.’

As well as the donation from Baron Cohen, the fundraiser has received over $140,000 (£108,000) in donations from fans of the mockumentary.

Borat Subsequent Moviefilm, which sees the return of Baron Cohen playing Borat Sagdiyev 14 years after the original film, was watched by ‘tens of millions’ in its first week according to Amazon Prime, although the streamer declined to confirm specific figures.