The Krankies stars Janette and Ian Tough have paid tribute to their friend Bobby Ball, who has sadly died at the age of 76.

It was announced yesterday that the Cannon & Ball star died at a Blackpool hospital on Wednesday after testing positive for coronavirus.

Remembering their friend from their home in Australia’s Gold Coast where they’re in lockdown, Ian said: ‘We’d just like to send our condolences to Yvonne [Ball’s wife] and the family, it’s a very sad day. A lovely wee man.’

Janette added: ‘He was great company.’

The Krankies last saw Ball a year ago in Blackpool and met in 1967 at a comedy club. Janette and Ian, a Scottish comedy duo, remembered their final performance with Ball in 2008 at the Best of British Variety tour.

‘He was very disciplined, he wouldn’t take no messing about Bobby,’ Ian said.

The funnyman continued: ‘He knew his comedy inside out, he was a born comic. His body movements were natural. You can’t be taught that.’ 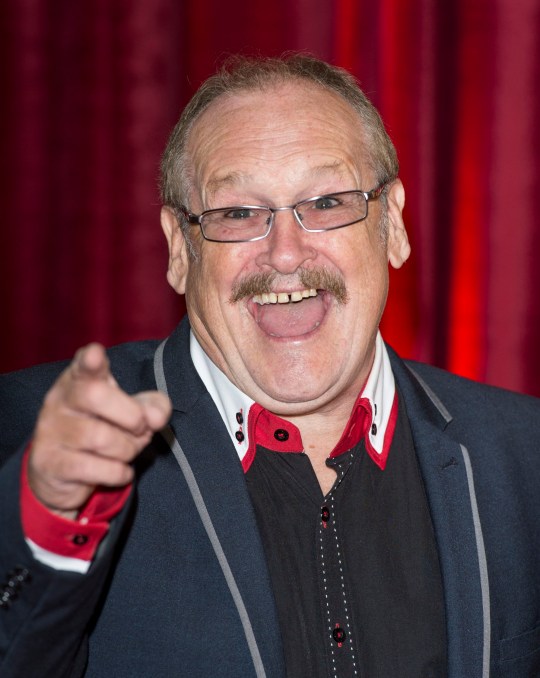 Ball’s manager confirmed the comedian’s death with a statement, explaining that he had been taken to hospital for tests after experiencing breathing problems.

‘His wife Yvonne said the hospital and staff could not have been more wonderful, as they were outstanding in their care of duty and they did everything possible for him and she cannot praise them enough,’ his manager said.

The statement continued: ‘She said that the family and Tommy would like to express their sincere thanks to the many, many people who have been fans of Bobby and they know that they will all share in part the great loss and total sadness that Yvonne, the family and Tommy all feel.

‘Yvonne added that their need for privacy at this time has to be a priority. No further announcements or statements will be made.’

Ball rose to fame in the 1980s as one-half of the comedy double act Cannon & Ball alongside his best friend Tommy Cannon.

The pair were the stars of ITV’s The Cannon and Ball Show, which ran between 1979 and 1988. Ball went on to star in other hit TV shows such as Heartbeat, Casualty, Last of the Summer Wine and film The Boys In Blue.