Breaking records at the Grammys! Beyoncé and Jay-Z‘s eldest child, daughter Blue Ivy Carter, became a Grammy winner at the age of 9 on Sunday, March 14, picking up the award for best music video for her mom’s song “Brown Skin Girl.”

The honor was announced ahead of the live 2021 Grammy Awards show on Sunday and makes Blue Ivy the second-youngest winner in Grammy history. She shares the win alongside her mother — who is the most nominated artist of the night with nine nods — as well as Saint Jhn, Wizkid and the video’s directors and producers. 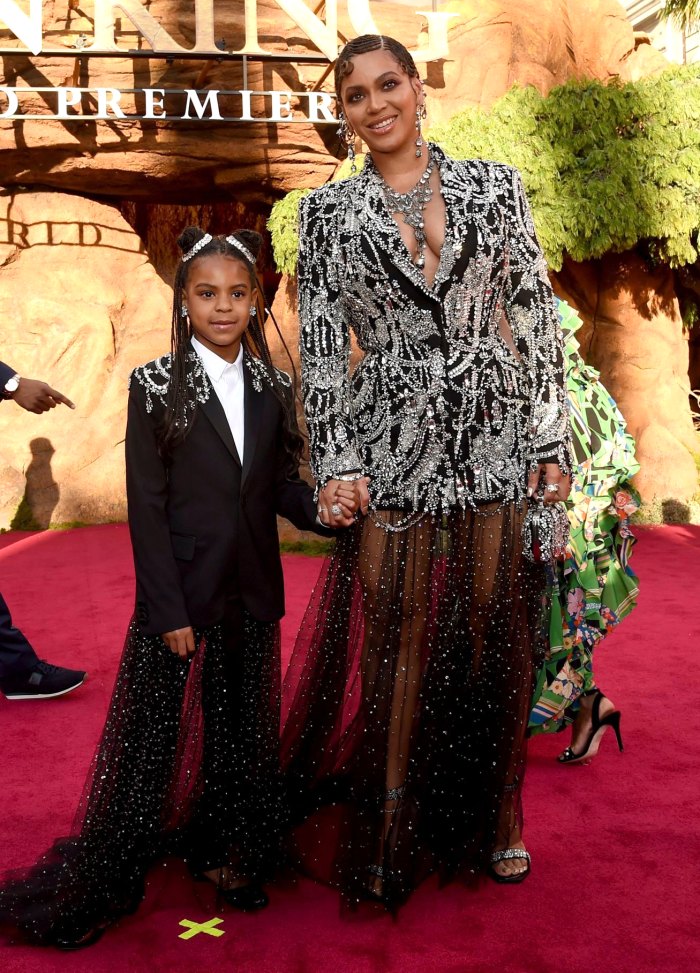 Blue Ivy Carter and Beyonce attend the world premiere of “The Lion King” in Los Angeles on July 9, 2019. Chris Pizzello/Invision/AP/Shutterstock

Blue Ivy was not originally named as a nominee when the Recording Academy announced the 2021 Grammy nominations in November, despite her being credited as a featured artist on the track and being shown in the music video. Her name was added to the nominations in December.

Beyoncé’s daughter has previously won an NAACP Image Award, BET Her Award and two Soul Train Music Awards for “Brown Skin Girl,” which was originally released as part of the soundtrack for The Lion King movie in 2019 and then added to Beyoncé’s 2020 film Black Is King.

Other early winners on Sunday included Kanye West, who picked up the award for best contemporary Christian music album for Jesus Is King.

While Beyoncé is the most-nominated artist this year, she will not be taking the stage during the show on Sunday and opted not to perform.

“It’s unfortunate, because she’s such a big part of the Recording Academy,” the organization’s interim president Harvey Mason Jr. told the Los Angeles Times on Friday, March 12. “We absolutely wish we had her onstage.”

The singer did not announce a reason for her decision, but her absence comes amid criticism of the Grammys for snubbing The Weeknd this year, despite the success of his album After Hours and hit single “Blinding Lights.” The Weeknd tweeted in November after the nominations were announced that “the Grammys remain corrupt.”

The Grammy Awards will air on CBS Sunday, March 14, at 8 p.m. ET. They will also be available to stream live and on demand on Paramount+.