Crossover confirmed! Blake Horstmann and Giannina Gibelli are finally speaking out about their relationship after several months of dating.

“Happy … Just so damn happy ❤️ @gianninagibelli,” the 33-year-old Bachelor in Paradise alum wrote on Wednesday, June 29, alongside a series of photos of the couple via Instagram. “If you are wondering how the hell this happened 😂 tune into @allstarshoreofficial on @paramountplus starting today 🍾.”

Gibelli, 29, for her part, shared similar snaps and called the relationship her “worst kept secret ❣️” 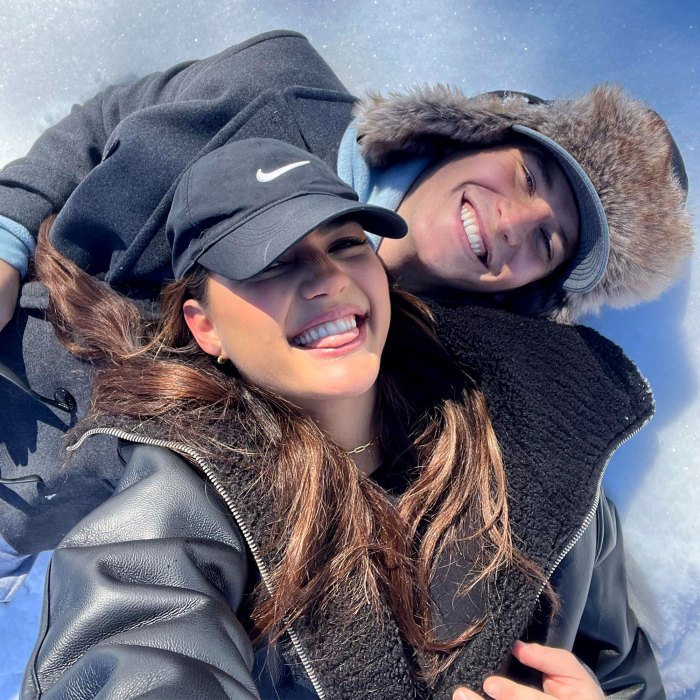 The former Netflix star also took to TikTok to show off their romance, gushing, “When you go on a reality TV show and meet the love of your life.”

Us Weekly confirmed in January that the Love Is Blind alum started seeing the Bachelorette season 14 runner-up after meeting on the set of All Star Shore. When they traveled to Rome together in March, Gibelli addressed why she never showed Horstmann’s face on social media.

“I can’t officially post him rn, because we did project together that hasn’t been announced yet,” she wrote, noting that she is “really happy to be sharing these moments together in private for now.”

Gibelli is known to reality TV fans for her relationship with (and brief engagement to) Damian Powers on season 1 of Love Is Blind. She confirmed in 2021 that they split for good. Horstmann, for his part, nearly got engaged to Becca Kufrin on season 14 of The Bachelorette before she broke up with him during the 2018 finale. He was linked to several women on season 6 of BiP, including Caelynn Miller-Keyes and Kristina Schulman.

“I’ve never watched the Bachelor franchise or any of that so I didn’t know who he was. He seemed familiar to me and he just flashed his big ole smile at me and that’s how I met him right on the beach,” Gibelli told E! News earlier this month. “He’s very respectful, but I don’t think that they know just how funny and spontaneous and dedicated he is. He’s doing his DJ gig now and just watching him reach all these new heights and all these goals, I don’t think a lot of people know that he has it in him, but he definitely does.”