Staying in his lane. Evan Bass is approaching his split a little differently than estranged wife Carly Waddell, who has been vocal on social media about her roller-coaster of emotions since calling it quits.

“Evan is much more private,” a source tells Us Weekly exclusively. “He is not going to go on social media to open up about what happened. Of course this has affected him and he’s trying to just move on and handle it privately.”

Bass, 38, and Waddell, 35, exchanged vows in 2017 after meeting on season 3 of Bachelor in Paradise. The duo later welcomed two children, daughter Isabella in February 2018 and son Charlie in November 2019. After three years of marriage, the reality TV alums confirmed in December 2020 that they were going their separate ways. 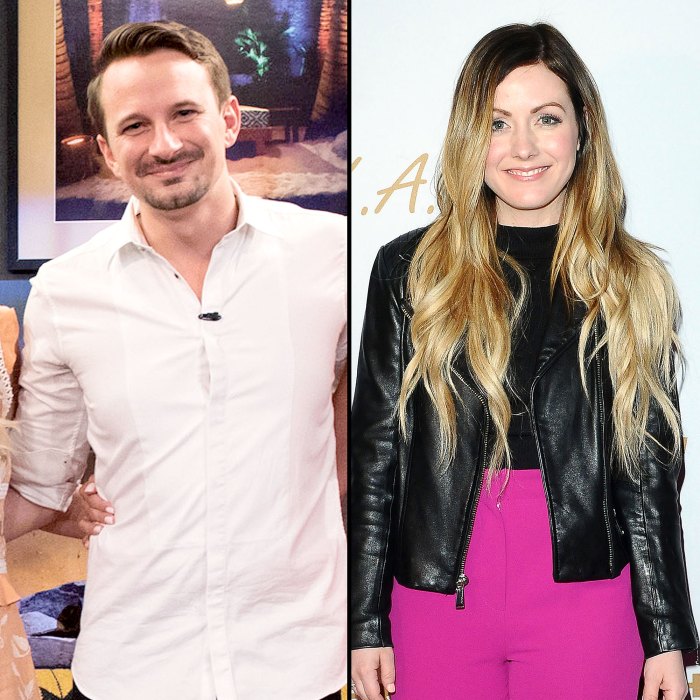 Since news of her separation made headlines, Waddell has spoken up about how she’s coping in a handful of YouTube videos and Instagram posts, keeping fans up to date on her big life changes. Earlier this month, the singer-songwriter showed off her 2021 vision board in a detailed vlog and dished about her hopes for finding love again after her split.

“Love is out there and love exists,” she said in the video, which was uploaded on January 10. “Just because something ends doesn’t mean that love isn’t out there still for you.”

Weeks prior, the Texas native posted a tearful look at her first Christmas without Bass by her side and broke down while discussing the “hard” transition. “I know this is the new normal but it just doesn’t feel normal. It feels awful,” she said at the time. “This is a weird week for me because, most of you know, Evan and I are getting a divorce. I don’t know how to do Christmas alone.”

Bass, for his part, has only briefly addressed his split by clapping back at a negative comment on Instagram before the holidays. “He’s keeping everything to himself and even telling those close to him to not talk about the split,” the source tells Us. “In fact, he’s been avoiding social media and not really following everything that’s being posted.”

Though the erectile dysfunction specialist has kept his lips sealed about his and Waddell’s split, his ex-wife, Marie Bass, had plenty to say. During a recent episode of the “Reality Steve” podcast, Marie claimed that Evan and the “Dream Train” singer had been living apart since early 2019.

“I want to say it was February of ’19 that she left and moved to Pegram, [Tennessee],” Marie, who shares sons Nathan, Liam and Ensley with Evan, alleged. “She left him when she wasn’t even showing with Charlie yet.”

Waddell quickly fired back at Marie’s statement, telling fans in a YouTube video that she and Evan separated “the day after Thanksgiving” after spending “years” in counseling.

“We tried for a really long time to make it work. We went to therapy,” she shared. “We focused a lot more on the kids than we focused on ourselves and, ultimately, I think that was our biggest downfall. … I always told him, if he wanted out it was his call because I just am not a person that would ever be out.”

Biggie: I Got A Story To Tell: Never-before-seen clips make film worth watching

Ella Henderson admits to ‘falling in love’ with boyfriend in lockdown