When I video call Billie Piper she’s at home, squashed next to a laundry rack, hiding from her family. The actress has snatched a moment away from home-schooling her three kids to talk about her directorial debut on Rare Beasts — an anti-romcom she wrote, shot and starred in while pregnant with her third child (Tallulah, now a toddler), which makes her sounds like a super mum.

‘I didn’t feel like a super mum, I felt like a terrible mum,’ Piper exclaims, looking wonderfully relatable in a sweatshirt best described as comfy. ‘I felt guilty because I was at work all day long, operating at high levels of stress. And while it was a very satisfying creative process, when you are in midst of working like that, the family takes a hit.’

Anxiety is an important issue to Piper. It’s what inspired Rare Beasts, in which she plays a single mother trying to forge a love life and career, while caring for a son with special needs.

‘There’s this message that you can have it all and do it all and that it’s not enough to just get through your working day – you have to be really successful and brilliant too,’ explains Piper. Both of which she unarguably is.

The Swindon superstar has squeezed several lifetimes’ worth of achievements into her 38 years.

She was 15 when she made history as the youngest female artist ever to debut at No.1 on the UK singles chart before quitting pop music for acting and going on to win all six available best actress awards for a single theatre performance (2017’s Yerma). But it’s not been a breeze. 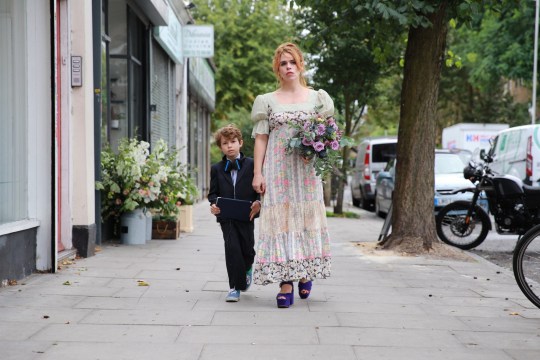 ‘I really like sharing the other sides to being a woman’, says Billie (Picture: Rare Beasts, 2019)

‘In my early 30s, the s*** really hit the fan,’ Piper says. ‘The stakes are higher and it all just becomes so much more intense. I felt like the world was pointing at you doing it all, having it all, and yet all I could see around me was my girlfriends in crisis.’

Those friends included Lucy Prebble, with whom she developed hit TV show
I Hate Suzie.

‘Marriages were falling apart, people’s relationships with their children were strained,’ says Piper. ‘They loved their work but they felt pulled in so many directions. Rare Beasts is about what it costs.’

Ahead of my interview, I was advised that Piper won’t answer any questions about her second ex-husband, Laurence Fox (the first being DJ Chris Evans). 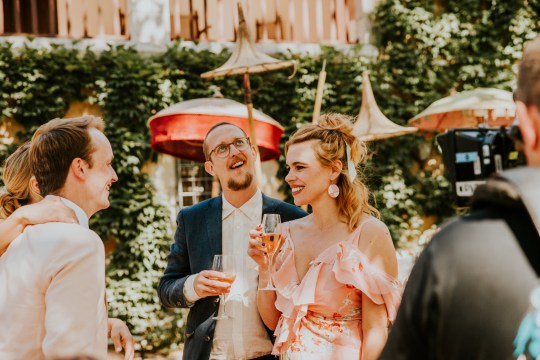 Her relationship with failed mayoral candidate Laurence Fox may have served as inspiration (Picture: Rare Beasts, 2019)

Yet it’s hard not to go there, particularly since the romantic lead of Rare Beasts is a gangly, opinionated, domineering blond man who comes across as pretty ghastly. How personal is the story?

‘I guess I’m coming to terms with male oppression,’ she answers. ‘I know a fair share about it, even in its most passive form. I’m examining that now I’m a woman in my mid-30s who is living and working in what has been a man’s world for so long.’

‘I also love talking about how people behave badly in the face of rejection and how brilliant and appalling and funny and beastly we can be,’ she says.

‘I love exposing that. I really like sharing the other sides to being a woman that aren’t often truly represented dramatically in a way that feels familiar.’

Still, Piper didn’t get where she is today by looking back and, with lockdown finally easing, she’s ready to let her hair (currently shoved back in a relaxed scrunchie) down and have some fun. Possibly.

‘I have big, romantic ideas of never turning down a social invitation, seeing as many people as possible and getting really back into the clubbing scene,’ she laughs.

‘But I think it’s going to be trickier than I imagine to re-engage socially. I feel like I’ve almost forgotten how to talk to people.’ She hasn’t one bit.

Rare Beasts is out in cinemas from Friday.