It seems blonde Billie Eilish has more fun if her new music video for Lost Cause is anything to go by.

The singer appeared to take some inspiration from social media for the clip which sees the 19-year-old living her best life in a luxurious mansion surrounded by female friends.

The lyrics for the track feature the star’s signature moody vibes as she sings about reaching the end of her tether in a relationship with someone who doesn’t seem to appreciate her.

‘You ain’t nothing but a lost cause / And this ain’t nothing like it once was / I know you think you’re such an outlaw / But you got no job,’ she sings while lying in a huge bed with her friends.

However, the Bad Guy singer – who directed the clip – wanted to make the visuals are more playful affair as she can be seen playing Twister, making a mess in the kitchen, having water fights in the garden and having what looks like a super fun sleepover.

The ladies even get Billie involved in a few famous TikTok dances as she twerks and performs a few booty pops for the camera.

Billie Eilish is living her best life with her pals in the Lost Cause music video (Picture: Youtube) 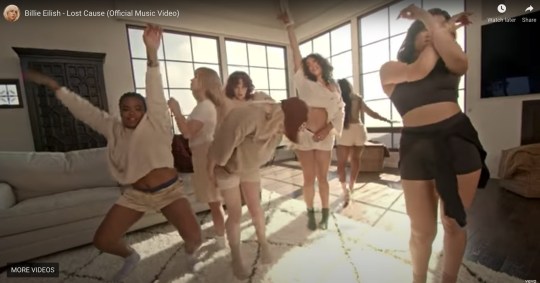 The ladies perform a bunch of TikTok dances in the video (Picture: Youtube)

If anything, we’re getting major Beyonce ‘7/11’ music video vibes, and we’re not mad about it.

The video – and track – release comes after the Your Power hitmaker announced her mammoth be embarking on her Happier Than Ever world tour in 2022. 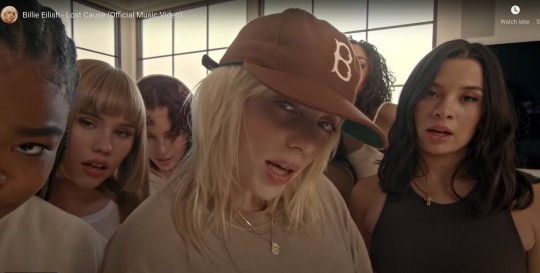 The video was directed by Billie – as ever (Picture: Youtube) 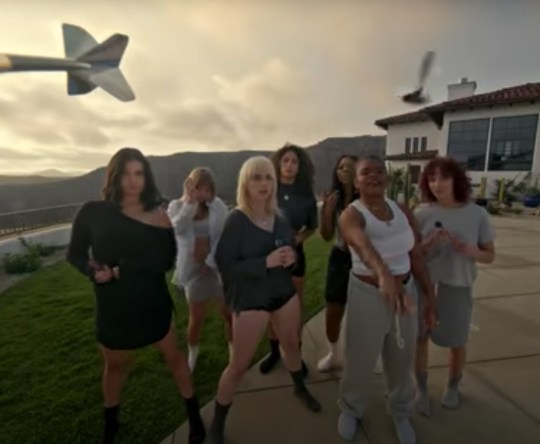 Despite the fun being had in the video, the song is a lot look at the end of a relationship (Picture: Youtube)

The tour, which is in support of Billie’s upcoming second studio album of the same name, will be hitting the US and Canada, as well as the UK, Ireland and other European countries.

The news will most definitely please die-hard fans after Billie cancelled her Where Do We Go tour due to the Covid-19 pandemic.

She performed three concerts as part of the tour in March 2020 before originally postponing it as coronavirus spread across the world, later announcing its cancellation last December.

Billie Eilish’s new album, Happier Than Ever, drops on July 30.