Billie Eilish is set to reveal some hidden talents in her new album, as she teased the upcoming project in a new interview.

The Grammy-winning superstar managed to record an entire album after her world tour was shut down due to the pandemic and she explained how the project was led by what she feels ‘sounds good’.

When asked if she would be showcasing the power of her vocals on the new record, the 19-year-old told Stephen Colbert: ‘There’s a couple of moments on this album where I pull some tricks out. It’s really just about what I feel like sounds good.’

Opening up about recording the album in lockdown, she explained: ‘I don’t think I would’ve made the same album, or even the album at all, if it weren’t for Covid.

‘That doesn’t mean it’s about Covid at all, it’s just that, when things are different in your life, you’re different. That’s just how it is. So, I have to thank Covid for that, and that’s about it.’

Indeed, the singer previously admitted she has left her ‘baby voice’ behind as she moves on from the sounds of her debut album. 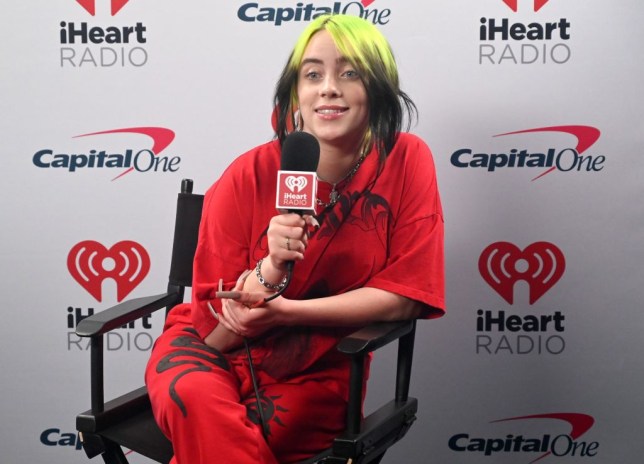 Billie Eilish is set to show off her pipes on her new album (Picture: Kevin Mazur/Getty Images for iHeartMedia)

‘I love When We All Fall Asleep, Where Do We Go?, but at the same time I am so young,’ she recalled to Zane Lowe on his Apple Music show.

She added: ‘I like hear it and all I hear is just like a baby voice. I don’t know. It’s weird. I just feel like the new stuff that we’re making is so … It’s just weird how much you grow in two years.’

The bad guy singer appeared on The Late Show with Stephen Colbert to promote her documentary film, Billie Eilish: The World’s A Little Blurry, which offers a behind-the-scenes look as she toured the world, recorded her debut album, and coming to terms with her rise to stardom.

The Apple TV+ synopsis of the film reads: ‘Billie Eilish: The World’s A Little Blurry tells the true coming-of-age story of the singer-songwriter and her rise to global superstardom.

‘From award-winning filmmaker R.J. Cutler, the film offers a deeply intimate look at this extraordinary teenager’s journey, at just 17 years old, navigating life on the road, on stage, and at home with her family, while writing, recording and releasing her debut album.’

Billie Eilish: The World’s A Little Blurry is set to debut on Apple TV+ on February 26.