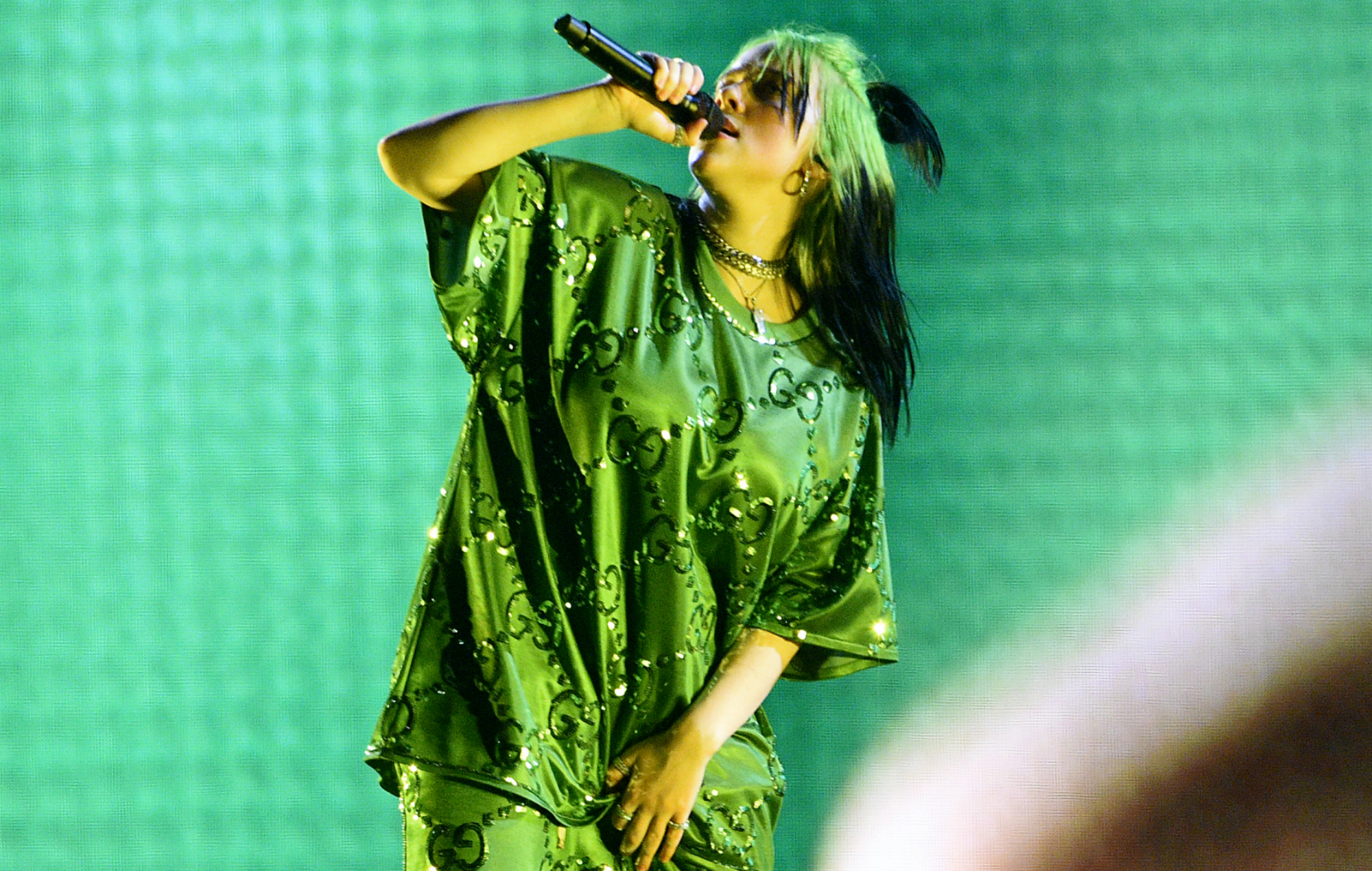 Billie Eilish performed her new single ‘Therefore I Am’ live for the first time at the American Music Awards 2020 tonight (November 22).

The pop star released the track – her first piece of new music since July’s ‘My Future’ – earlier this month (13).

Performing from a red-lit set designed to look like separate rooms, Eilish prowled around the corridors and stairs before finding her brother Finneas and drummer Andrew Marshall. Watch the performance below now.

Eilish is nominated for Favourite Social Artist and Favourite Artist – Alternative Rock at the ceremony, which is taking place at LA’s Microsoft Theatre. You can keep up with all the winners as they’re announced here.

Justin Bieber and Shawn Mendes kicked off the AMAs 2020 with a debut performance of their recent collaboration ‘Monster’. Bieber also gave renditions of his latest singles ‘Lonely’ and ‘Holy’.

The Weeknd also teamed up with Kenny G to give a world premiere performance of ‘In Your Eyes’ and ‘Save Your Tears’ live from downtown LA, while Megan Thee Stallion brought ‘Body’ to the stage for the first time.

Elsewhere, Dua Lipa has also taken home her first trophy of the night, collecting the Favourite Song – Pop/Rock trophy for ‘Don’t Start Now’. The star is set to perform later in the night live from London’s Royal Albert Hall.