SINCE the Eighties, Bill Murray has been one of Hollywood’s most bankable stars, loved by critics and film fans alike.

But cracks have begun to form in his amiable reputation, with increasing reports about misbehaviour and “difficult” encounters on set.

The Golden Globe winner, who is known for playing affable characters but was dubbed ‘the Murricane’ for his mood swingsCredit: Getty 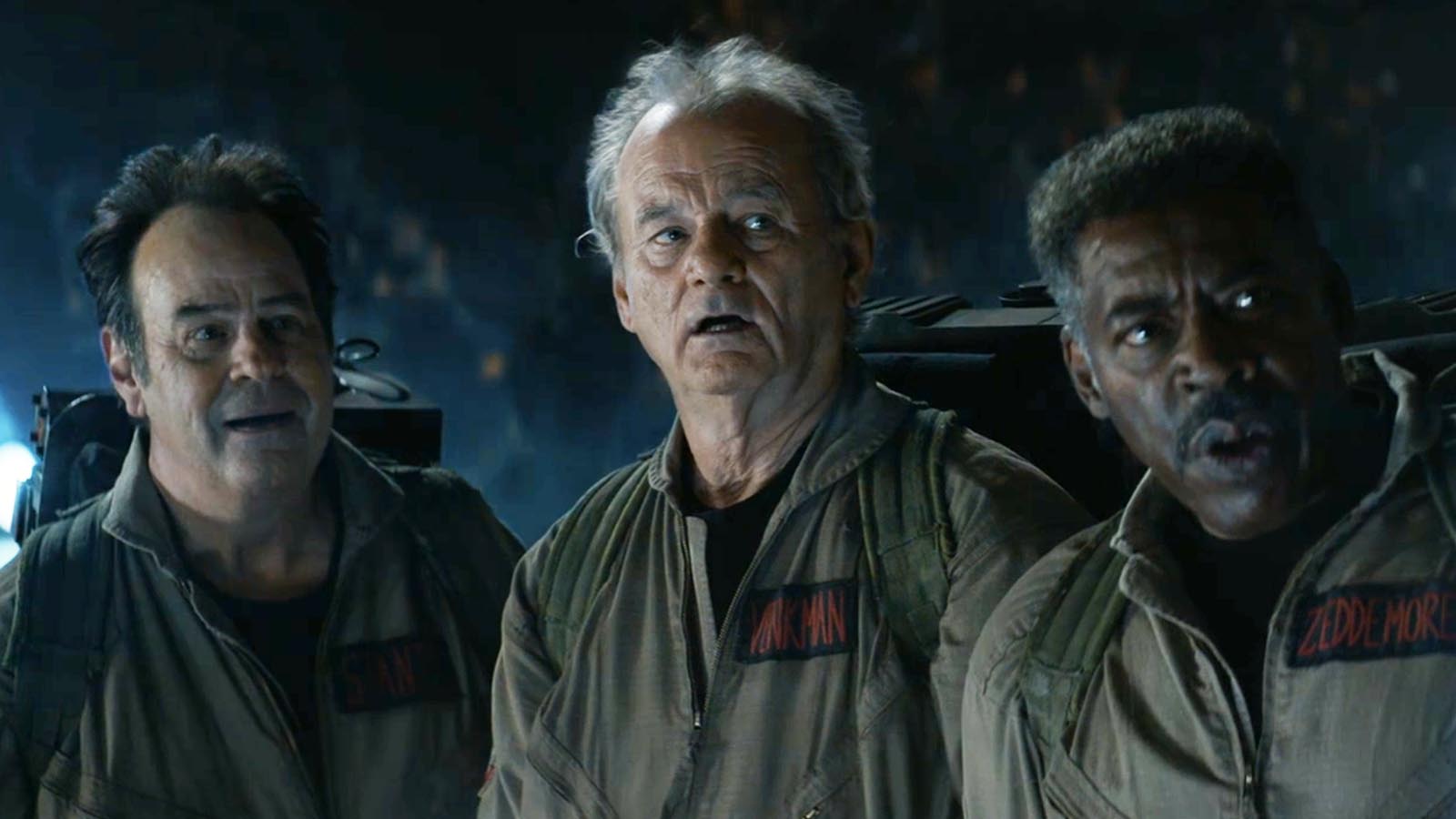 Bill in the 2021 sequel to GhostbustersCredit: Sony Pictures Home Entertainment 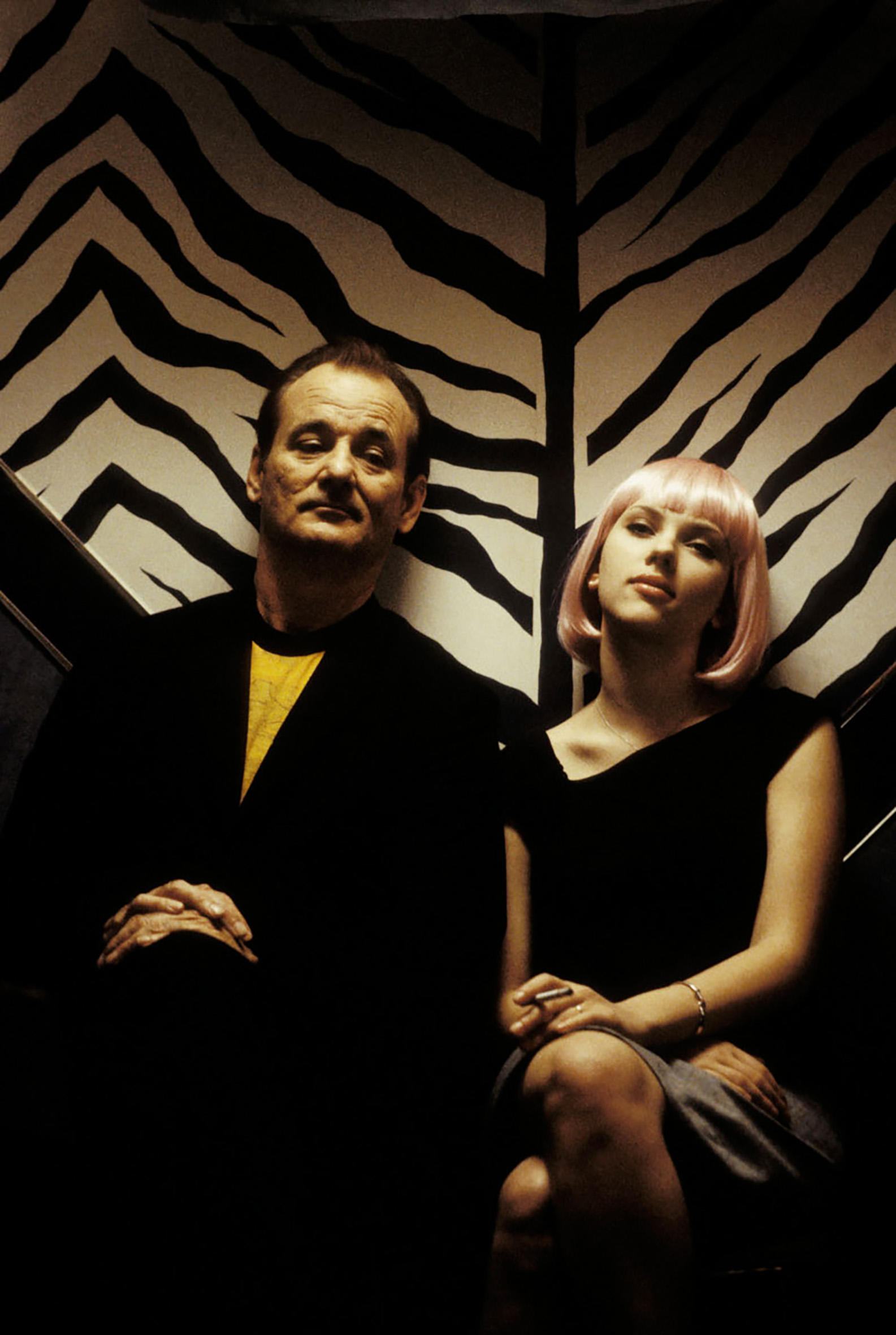 Bill alongside Scarlett Johansson in Lost In TranslationCredit: Alamy

Last week it looked like his antics might finally have caught up with him when production on his latest movie, Being Mortal, came to a halt after an actress accused Murray of misconduct during filming.

The Golden Globe winner, who is known for playing affable characters but was dubbed “the Murricane” for his mood swings, was forced to apologise. In doing so, he blamed changing tastes in comedy for the trouble he found himself in.

While refusing to reveal the “joke” that landed him in hot water, Murray surprised viewers with a lengthy outpouring on America’s CNBC channel on Saturday night.

“I did something I thought was funny and it wasn’t taken that way,” he said. 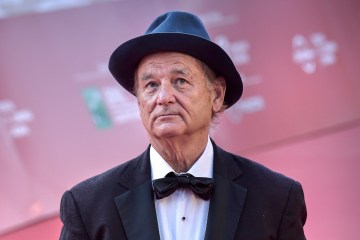 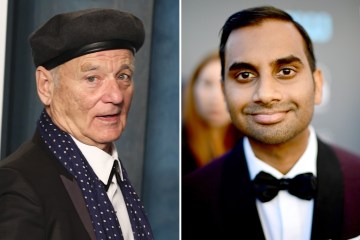 The comedian, believed to be worth £143million, issued a lengthy apology, vowing to change with the times.

He said: “What I always thought was funny as a little kid isn’t necessarily the same as what is funny now. Things change and the times change, so it’s important for me to figure it out.”

What people find funny has certainly changed since Murray, 71, was a child, with TV shows such as Little Britain stripped of sketches on streaming services to “reflect the cultural landscape”, while Disney films come with trigger warnings.

Fans have pointed out that the situation Murray finds himself in echoes the plot of Lost In Translation, the 2003 film which relaunched his career, in which he played a middle-aged actor out of step with his era.

He said: “It’s a really sad puppy that can’t learn any more. I don’t want to be that sad dog.”

If Murray wants to hold on to his career then he will have no choice but to move with the times, as showbiz is littered with comedians whose ill-judged jokes have hobbled their careers.

Kevin Hart lost his Oscars hosting gig after old homophobic tweets and stand-up footage resurfaced, while Jimmy Carr was condemned for a misplaced joke about the Gypsy, Roma and Traveller community during his Netflix show His Dark Material.

But is Murray really just a victim of changing social mores — or is his past catching up with him?

Just last year, Charlie’s Angels actress Lucy Liu told how she got physical with him after they clashed on the set of the 2000 action movie.

She claimed he began hurling “inexcusable” insults at her after a scene was reworked without his knowledge.

Lucy said: “I was not going to just sit there and take it. So yes, I stood up for myself and don’t regret it. There’s no need to condescend or put other people down.”

Murray was also accused of head-butting Charlie’s Angels director Joseph McGinty Nichol — a claim the actor dismissed as “complete crap” before adding: “He has a very active imagination. No, he deserves to die.”

As the row over Being Mortal began to emerge, more troubling stories from Murray’s years in showbiz started to surface.

The comic, known for his deadpan delivery, started out on US TV’s Saturday Night Live in 1977 before hitting the Hollywood heights.

His string of movie hits began in 1980 with Caddyshack — but it was 1984’s Ghostbusters, which became one of the highest-grossing comedies of all time, that cemented Murray as box-office gold.

It was that era of his career when the questionable antics began. Actress PJ Soles, who starred alongside Murray in 1981 military comedy Stripes, last year accused him of making sexual advances, despite the fact she was married to actor Dennis Quaid at the time.

Murray is said to have proved difficult over creative differences on two of his most famous comedies, 1988’s Scrooged and Groundhog Day in 1993.

During filming of the latter, director Harold Ramis ended up slamming Murray against a wall. He later branded him “really irrationally mean and unavailable”.

Actor Richard Dreyfuss called Murray, his co-star on What About Bob?, a “drunken bully”.

On that film Murray reportedly threw producer Laura Ziskin into a lake after a disagreement.

And his personal life has proved equally controversial. In 1996 Murray divorced his first wife Margaret Kelly, with whom he shares two sons, after he had an affair with Jennifer Butler.

He and Jennifer wed in 1997 and went on to have four children, but she filed for divorce in 2006, accusing Murray of adultery, addictions to sex and marijuana and abusive behaviour.

Murray’s latest film, Being Mortal, is based on a non-fiction book about issues surrounding medical care by surgeon Atul Gaw-ande. It marks the directorial debut of Parks And Recreation comedian Aziz Ansari, who was accused of sexual misconduct in 2018 during the first wave of #MeToo allegations.

Last month, Disney-owned Searchlight Pictures issued a letter to the cast and crew of Being Mortal over the Murray incident, stating: “We were made aware of a complaint and we immediately looked into it. After reviewing the circumstances it has been decided that production cannot continue at this time.”

The studio gave no details and the woman involved was not named, but numerous sources on set claimed Murray is the subject of the complaint.

Other cast members on the film include Seth Rogan, Kevin K. Tran and Keke Palmer.

In a tell-all chat, Bill admitted: “I had a difference of opinion with a woman I’m working with. I did something I thought was funny and it wasn’t taken that way.

“The movie studio wanted to do the right thing, so they wanted to check it all out, investigate it, and so they stopped the production.

“We like each other, I think, and if we can’t really get along and trust each other, there’s no point in going further working together.” He went on: “As of now, we’re talking and we’re trying to make peace with each other.

The experience appears to have provoked some serious soul-searching.

Speaking to CNBC at US firm Berkshire Hathaway’s Annual Shareholders Meeting on Saturday night, Murray said: “I feel like I’ve learned more in the last year or two than I may have learned in maybe a whole decade of my life before.”

It’s a quote which could have come straight from Lost In Translation.
In the romantic comedy drama his fading US movie star character goes through a midlife crisis and befriends a young college graduate, played by Scarlett Johansson, in Tokyo.

Ironically, it was a role which catapulted him back into the limelight and saw him nominated for a Golden Globe and an Oscar.

Whether Bill’s latest row proves to be his last remains to be seen — but for now, he appears to have learned his lesson.

Reflecting on his past mistakes, he said: “I feel like sometimes I’ve made a success of myself, but in the real moments, I realised, I don’t know anything.

“This is kind of a fortunate misfortune where I get to go, ‘OK, how does all of this’ . . . the knucklehead is trying to figure out what to say.

“I think that this misfortunate fortune is the kind of thing that I really want and that I have to treasure and I have to really value.” 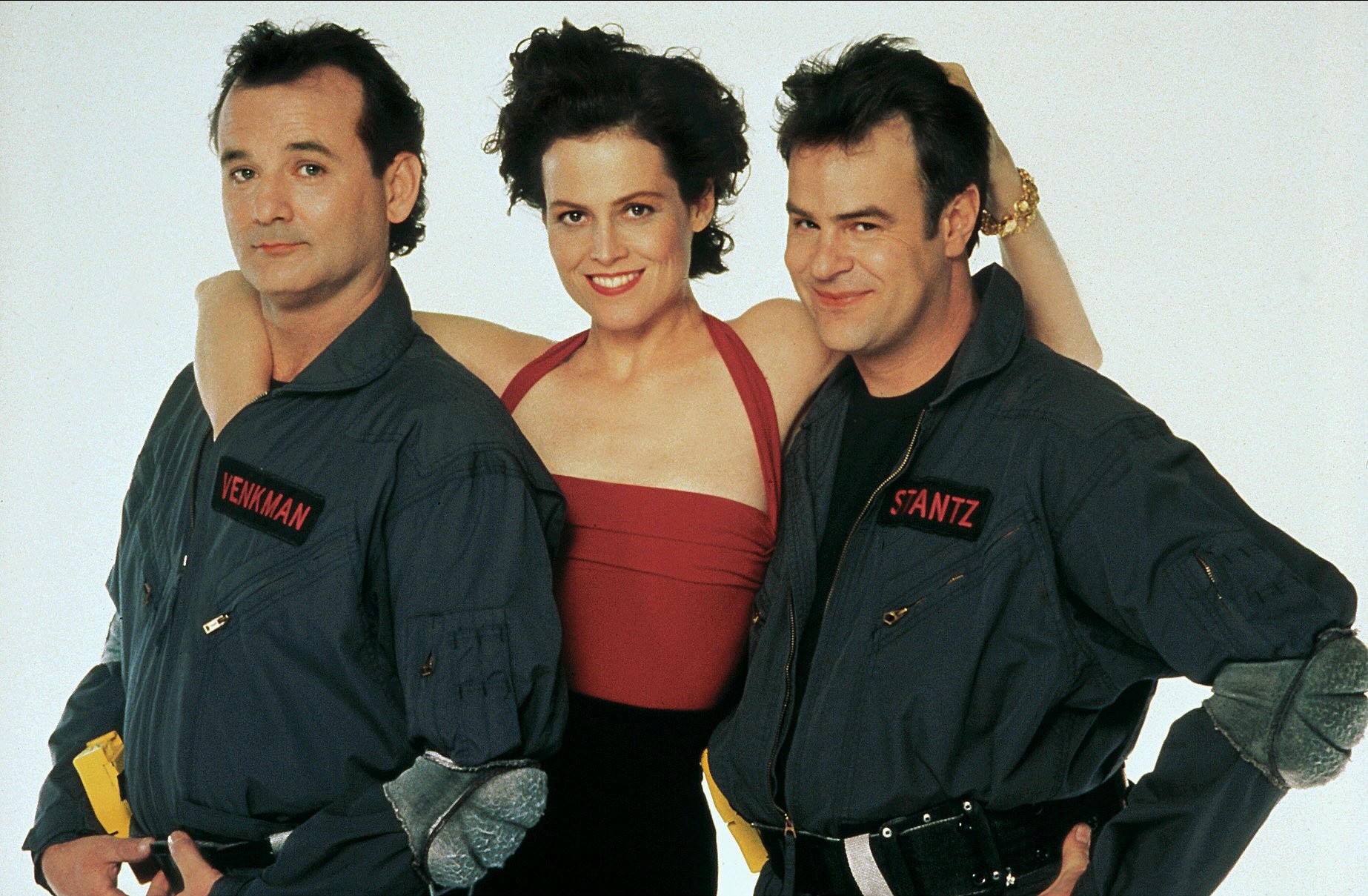 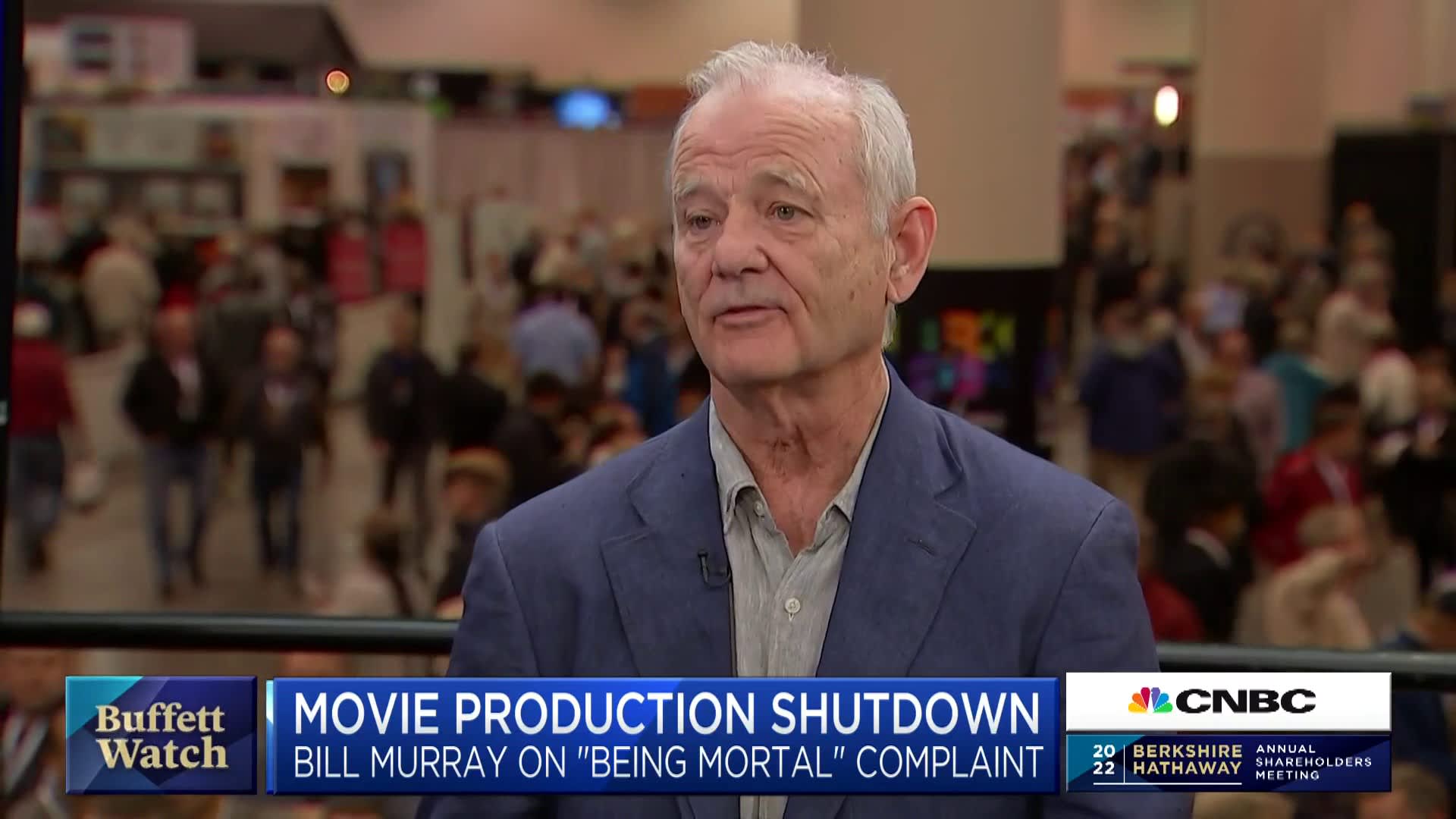 While refusing to reveal the ‘joke’ that landed him in hot water, Murray surprised viewers with a lengthy outpouring on America’s CNBC channel on Saturday nightCredit: CNBC