“It feels amazing! We’ve been waiting for this moment for so long and it’s finally happened,” the happy couple, who are expecting their first child together, tell Us. “All the stress of having a wedding is lifted off our shoulders. Now all our attention is focused on having a healthy and happy baby.” 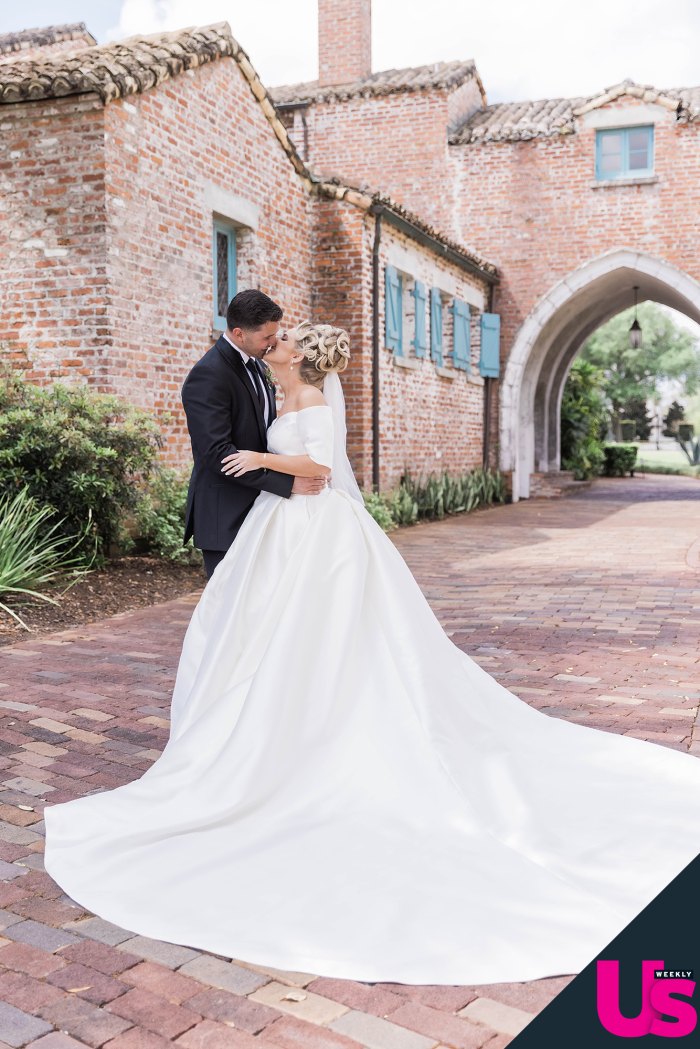 The season 18 winner, 28, and her costar-turned-groom, 29, exchanged Sarah O rings at the nuptials.

“This day could not have been more perfect,” the pair add. “Yes, it was daunting and stressful to have to move the wedding so many times, but at the end of the day, we are so happy with how everything came together and are excited for our next chapter.”

The wedding was originally supposed to take place in mid-2020 before being pushed back due to the coronavirus pandemic. The pair reset their plans for a December 2020 ceremony in Turks and Caicos, but they had to delay it once again. “We were very much looking forward to celebrating our wedding with a small group of close friends and family this December, but due to COVID-19, we had to make the difficult but necessary decision to postpone until May 2021,” the “Coco Caliente” podcast hosts told Us exclusively at the time before settling on a March date.

Then, in January 2021, the Amazing Race alums announced that they were expecting their first child together. “Nic + Vic = our lil’ side kick. We are SO excited to announce that we are PREGNANT!” the influencer posted on Instagram. “We feel so blessed & grateful. #cococalientefamily”

Nicole and Victor met during season 18 of Big Brother in 2016 but didn’t start dating until a year later. He proposed during a guest appearance on the show in 2018 and they currently live in her home state of Michigan.

After Nicole’s stint on Big Brother: All-Stars this past summer, in which she was the runner-up, she told Us, “I’m done. I’m retired.”