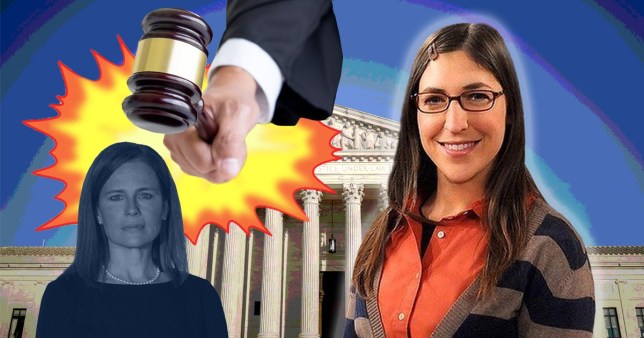 Mayim Bialik has called for The Big Bang Theory’s Amy Farrah-Fowler to step in for Amy Coney Barrett as new US Supreme Court Justice.

The actress spoke out after Barrett – replacing the recently deceased Ruth Bader Ginsburg – was sworn in on Monday by President Donald Trump, just seven days before the election.

Her placement ensures a conservative majority, and could have major effects on US policy including birth control, the Affordable Care Act, and even Trump’s upcoming presidential bid.

Mayim, making her feelings clear about the new political heavyweight, posted a simple photo of her beloved neuroscientist Amy Farrah-Fowler on Instagram, and wrote: ‘Can we swap out Amy Coney Barrett with Amy Farrah Fowler to the Supreme Court of the United States? Please???’

Her Instagram was soon flooded with fans who ‘seconded the motion’ and spoke about their love for the character, who was last seen on screen in 2019. 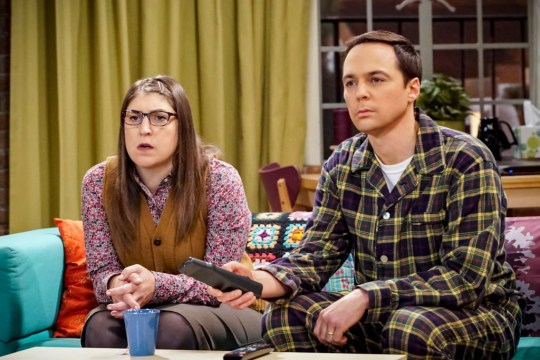 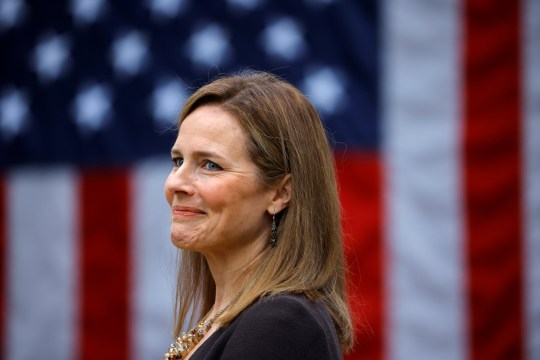 Amy Coney Barrett was sworn in to the Supreme Court on Monday (Picture: Reuters)

Barrett’s rushed installment into the post comes just 38 days after the death of Ginsburg, and despite her final on-record statement declaring: ‘My most fervent wish is that I will not be replaced until a new president is installed.’

She is the 115th member of the Supreme Court Justice – and is the first in more than a century to get her position with no support at all from a minority party.

Democrats have been arguing for weeks that the vote was being improperly rushed – and insisted it should be up to the winner of the November 3 election to name the nominee.

In the run up to the election next week, Mayim – who is currently in the process of making new series, Call Me Kat – has been encouraging her following to vote, using everything from her face masks to her YouTube and podcast platforms to note its importance.

The Big Bang Theory is available on Netflix.