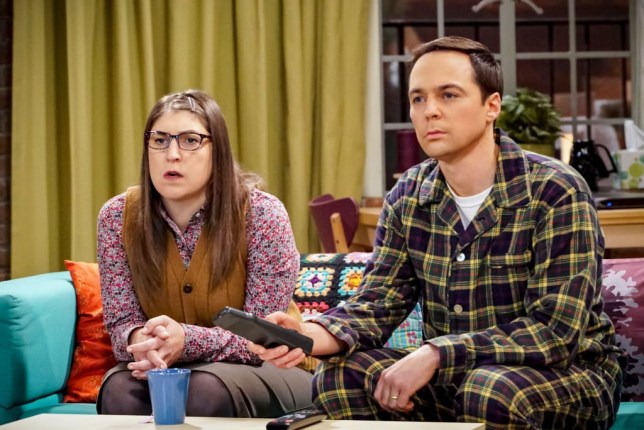 The Big Bang Theory may have ended over a year ago, but we’re still getting golden nuggets of new information about the gang.

Mayim Bialik returned as Dr Amy Farrah Fowler Cooper in voice only as she joined in on Sheldon Cooper’s voiceover from Jim Parsons, and the pair revealed a sweet little update on their future.

Sheldon’s voiceover pipes up: ‘It was the best graduation party I had ever been to – that is, until the one we had for my son, Leonard Cooper.’

But it turns out their son wasn’t named after bestie Leonard Hofstadter (Johnny Galecki), but a Star Trek legend. 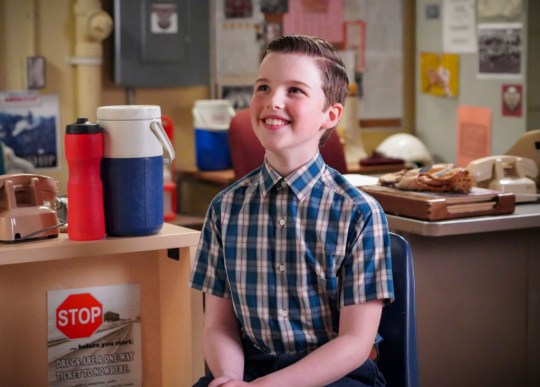 The crossover came at the end of the season 4 episode of Young Sheldon (Picture: Bill Inoshita/CBS via Getty Images)

Sheldon continued: ‘I wanted his name to be Leonard Nimoy Cooper, but Amy wouldn’t let me’, with Amy interjecting: ‘Be happy I let you name him Leonard!’

The pair then shared ‘I love you’s’ before the episode came to a close.

Mayim wasn’t actually in the original draft for the episode, but producers were delighted when the actress was able to contribute to the sweet moment.

Speaking about the baby name reveal, Young Sheldon co-creator Steve Molaro told Entertainment Tonight: ‘I was on Big Bang for a long time – 12 years, the whole run – and there are things that I’ve always had in my head that were my own personal storylines of where things went and that’s one of them.

‘So when the opportunity arises for me to slip them in on Young Sheldon, it’s fun to do. And the fact that his son was named Leonard was one that I’ve had banging around now for a while.’

And it was an emotional one for Molaro, as he added: ‘We recorded the part where he says, “My son, Leonard Cooper” seven months ago and boy, did I get choked up during that recording. It killed me every time.’

Mayim joining the narration cast isn’t the first Big Bang Theory/Young Sheldon crossover; in season three, Kaley Cuoco – aka Penny – appeared as the voice of some pool water as Sheldon had a nightmare about his swim test.

Young Sheldon continues on Thursdays on CBS in the US.