“Rest In Peace my friend,” Detore captioned a Thursday, April 1, Instagram photo of her sister’s pal. “You’ll be missed. Your bday was in between me and Angela. You were our family. We love you always. Angela, take care of @blondelindavh1 #onlythegooddieyoung.” 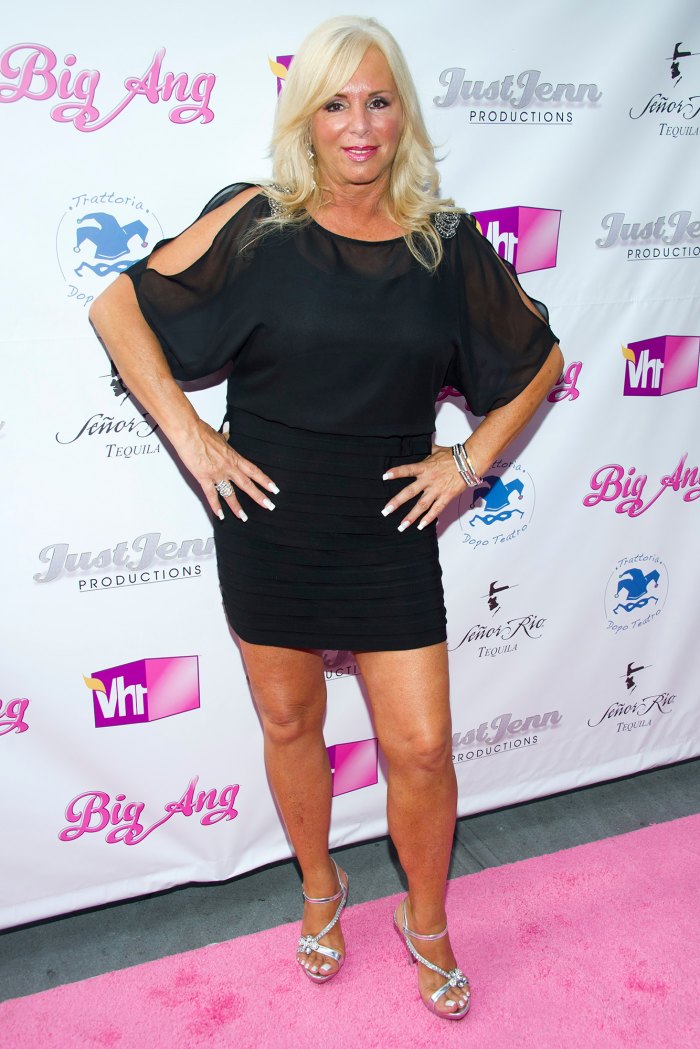 Torres was also suffering from breast cancer when she contracted COVID-19, Detore told TMZ on Friday, April 2. The Mob Wives alum had recently had surgery to implant a chemo port. She was hooked up to a ventilator at the Staten Island University Hospital where she died on Thursday.

In February 2016, Raiola died at age 55 after battling stage IV lung and brain cancer. “It is with sad regret that we inform you that at 3:01 a.m. Angela Raiola peacefully ended her battle with cancer, and was called home,” friend Vinnie Medugno tweeted at the time. “She was surrounded by nothing but love from her immediate family and closest friends. YOU, (her fans), were some of the most special people in the world, and she loved you immensely.”

He went on to write, “Thank you for your love, prayers and unconditional support of Angela right to the very end. She truly went out richer than any monetary value could ever amount to. The family asks for privacy and peace during this most difficult time. In typical Big Ang fashion, we know she would say, ‘Love you, my babies!’ This page will remain open as a celebration of who she was and will always be. It has been my esteemed privilege and honor to represent her in the highest regard via social media.”

Raiola was diagnosed with throat cancer in March 2015. “One day I was perfectly fine, thinking I had strep throat. The next thing I know I have stage II cancer,” she told Dr. Oz in an interview that aired just days ahead of her death. “It’s shocking what happened. First I thought I was cancer-free and I was gonna have a big celebration, have a party, and then a month later I [had] stage IV [cancer].”

The former VH1 personality added that she and her husband, Neil Murphy, had split because he “never stepped up to the plate” amid her health battle. However, he told Entertainment Tonight that he was “there at the end.”