Bicep have released their magnetic new single ‘Water’ featuring Clara La San. Check it out below alongside an interview with the electronic music duo.

The Belfast-born, London-based duo – Andrew Ferguson and Matthew McBriar – told NME how the tracks were created during a studio jam session when they were writing new music for this summer’s live shows. “Whatever we demo with, is almost never what we finish with,” McBriar said.

The process saw them experimenting with an instrument called the MEGAfm – a new synth which uses chips that formed the sounds of the SEGA Megadrive/Genesis games consoles.

They then sent the demo of the track to La San, who worked with Bicep on ‘Isles’. “We’d asked for some little bits of vocals rather than feature vocals. And Clara just came ahead with a full feature,” McBriar said. “So we stripped it all out and then decided we would rebuild a new song around Clara’s vocal using part of the original track from us. So it’s kind of this hybrid on a hybrid on a hybrid.”

Elaborating on their creative relationship with La San, who features on ‘Isles’ tracks ‘Saku’ and ‘X’, Bicep explained that the Manchester singer-songwriter brought a blend of various influences to their tracks including trance, R&B and garage.

“I just feel like Clara nails a little bit of every single one of them without being too much. She’s not too sugary, she’s not too lamenting, it’s sort of everything in between,” McBriar said.

“Clara’s a machine, she’s honestly insane. It’s hard to believe that we get vocals from her sometimes and I’m like, ‘How was this not a year of hard work back and forth?’ She just sometimes sends it over and I’m like, ‘That’s perfect’.”

Bicep also explained that the track name ‘Water’ was unofficially decided by fans after they performed the song at Glastonbury this year. “One of the synth patches that we used had been called ‘Water’, and the BBC producer for Glastonbury released the tracklisting of our show, which said the word ‘Water’ in it, and then everybody online called it ‘Water’. And we were like, ‘Right, that’s it called ‘Water’, then!”

The pair added that ‘Water’ wasn’t even intended to be a single this year, but having worked on about 20 new tracks recently, it was the song that “took on a life of its own”.

After releasing second studio album ‘Isles’ in January last year – which NME described as “trippy electronic tales that transcend the club world” – Ferguson said it was freeing for them to be more “fluid” with new material outside of an album structure.

McBriar agreed: “Having done two [albums], it’s been amazing but we really craved that freedom of smaller bits of work.”

The duo told us that they would likely be spending some time exploring new creative directions rather than rushing to release a new album.

“We want to spend a few years experimenting, changing up a lot, doing a lot of singles, and we’d like to be a bit more adventurous with some of the sound palettes and the layouts, and thinking about stuff a bit more abstract, and then inform that into a new album” McBriar explained. “We couldn’t just write another Bicep album, I think it would just be sterile,” he added, sharing that they don’t feel creatively ready.”

He continued: “Especially the third album; that is the chance to really push yourself. The second is the hard one to get over and sort of cement yourself, but I think the third one, it cannot be anything like the first two or it’s just going to be boring.”

Offering a taste of what new music might sound like in the coming months, Bicep shared they have a demo version of an EP written with UK techno artist Benjamin Damage. “140BPM stuff, we’ve got some jungle we’ve done that’s like 150,” McBriar adds, which he says is “very very different” to the ‘Isles’ sound.

The duo also shared that, after their remaining EU and Australia run of shows, they will likely be taking most of next year off from touring – having already performed a string of major festival slots this year including Wide Awake, Primavera (Barcelona and Los Angeles), Parklife, and a headline performance at Glastonbury which Ferguson joked was “traumatising” – despite hailing Glastonbury as their “favourite place on Earth to listen to music”. 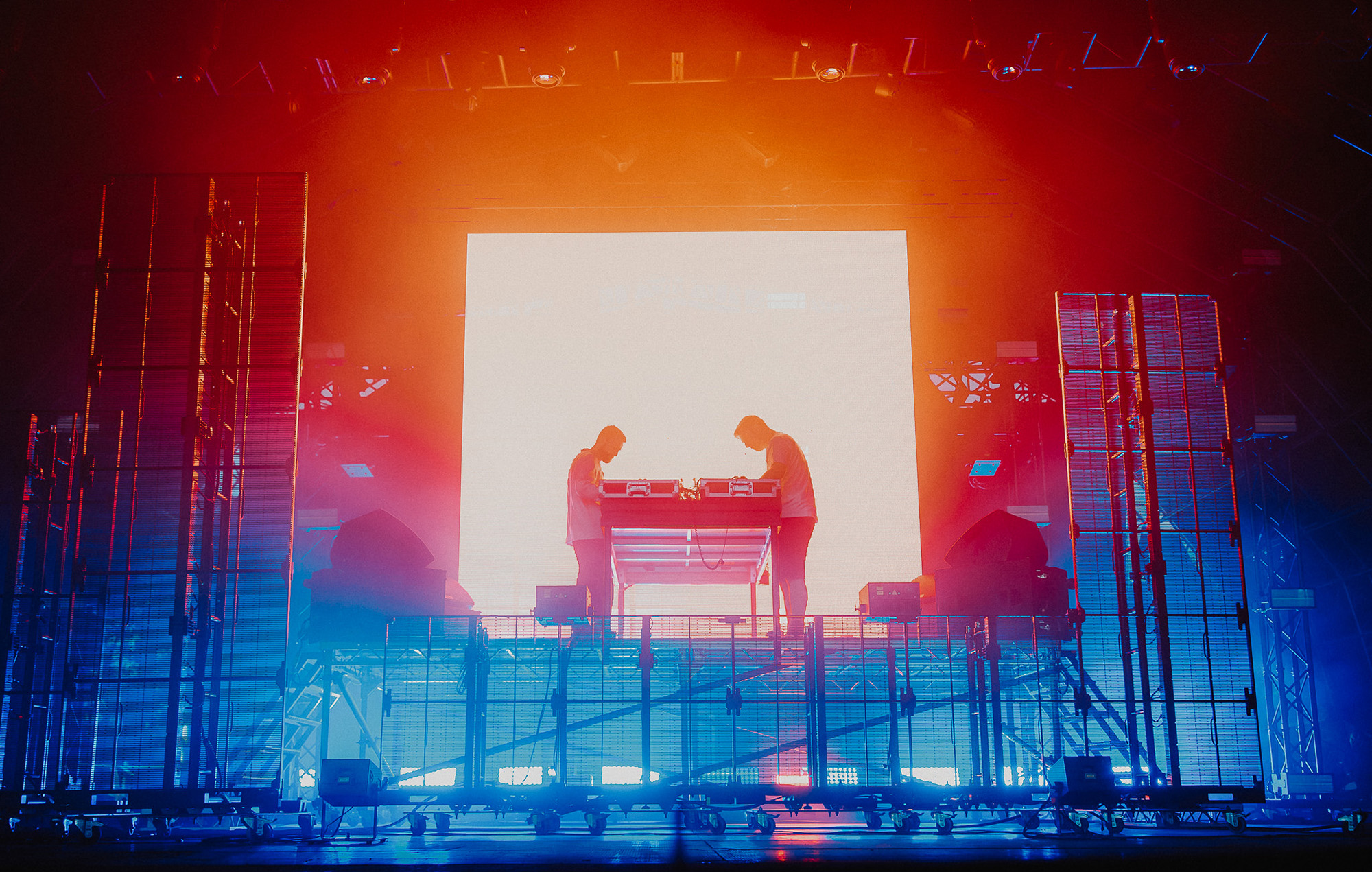 “We haven’t even been able to watch it on iPlayer yet,” McBriar added. “We watched a bit and I was like, ‘Oh no’.

“What you can’t do is critique live shows, because every one is slightly different, and sometimes you nail it and sometimes you don’t, and you just need to allow them to be themselves. But it was magical to have done it, and it’s a blur.”

The pair shared that live sets haven’t been all been plain sailing, reflecting on a few mishaps during their summer shows – from laptops breaking, to synths not working, to visuals and lasers dropping out.

“It’s not a given that shows go well,” McBriar said, remembering their London headline show in 2018, when the sound dropped out for about eight seconds.

“I never ever remember fear and panic quite like your headline London show, and all the music cuts out and not actually knowing what the reason was.”

But on Worthy Farm, everything went smoothly for the career-highlight set. “To get it right on the night of that scale, our whole team was just buzzing,” McBriar said. “It’s making me nervous even thinking about it!” Ferguson added.

The pair are now gearing up for an EU arena tour and two sold out headline shows at London’s Alexandra Palace in December, where they promise “lots of new little bits” in the set.

They’re also aiming to finish up four new tracks in the near future. “We really wanted to freshen it up, even from Glastonbury,” Ferguson said. “We’re gonna switch stuff about. We’ve already started chopping things up, add new visuals in, and then trying to get a bit more techno in there.”

Find the full Bicep tour schedule for 2022 and 2023 below. Tickets are available here.