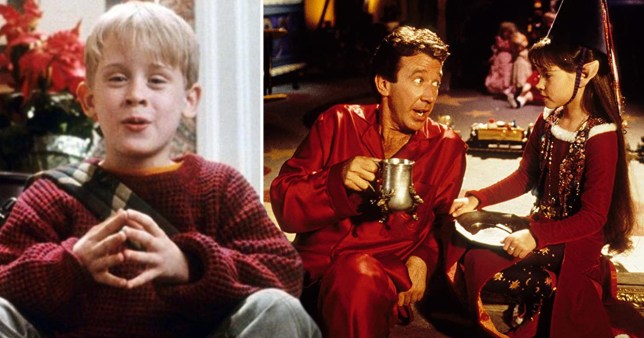 Tis the season to get festive (Picture: Disney)

This Christmas is going to look a lot different than those that have come before, but some traditions can live on – including a festive movie fest.

Disney Plus launched in the UK earlier this year, meaning there’s even more access to Christmassy favourites for your cosy nights in front of telly.

And considering we can’t really go anywhere for a while, a wide selection of movies is more important than ever.

So, to make things easier for you, we’ve gathered all the best Christmas content from Disney Plus for your perusal.

One of the best Christmas films ever made, this year marks the 30th anniversary of the John Hughes classic, so there’s even more reason to watch it.

You know the story – Macaulay Culkin plays Kevin McCallister, who is accidentally left at home alone by his family over Christmas. Things get worse when two burglars set their sights on the McAllister home, meaning it’s up to Kevin to stop them.

The brilliant Home Alone 2: Lost In New York plus Home Alone 3 – the first not to star Culkin – are also available to stream.

Tim Allen plays a businessman who, after Santa falls off his roof, begins to turn into Father Christmas himself. Over the year, he gains weight and grows a beard, and must come to terms with being the new Santa.

The two sequels are also available to stream on Disney Plus.

Disney’s take on Charles Dickens’ A Christmas Carol is a family staple, with Scrooge McDuck taking on the role of Ebenezer Scrooge.

Goofy plays the ghost of Jacob Marley with Micky, Minnie, Jiminy Cricket, Donald Duck and the gang delivering an animated take on the classic tale.

Anna Kendrick plays the daughter of Santa Claus, with her brother, Nick Kringle, about to take over as Father Christmas for the first time.

Unfortunately, Nick (Bill Hader) freaks out before the big day and disappears, and it’s up to Noelle to find her brother and save Christmas.

Another take on Dickens, this Christmas classic has the added bonus of seeing esteemed actor Michael Caine act entirely straight opposite a cast of puppets

Yep, more Dickens. This offering, starring Jim Carrey, is the most modern of the bunch, with the classic tale being told through computer animation.

It’s also a pretty dark one, if you want a break from the sugary sweetness of other Christmas fare.

The Nightmare Before Christmas (1993)

As good at Christmas as it is at Halloween, this Tim Burton classic will inject a bit of goth-ness into your home.

The stop-motion film follows Jack Skellington, the King of Halloween Town, who discovers Christmas Town through a portal and becomes obsessed with celebrating the holiday.

For the Star Wars fan in the family, this festive story takes place in a galaxy far, far away.

Rey journeys with BB-8 on a quesr to gain a deeper knowledge of the Force at a mysterious Jedi Temple, and we meet some of Star Wars’ greatest heroes and villains throughout history in this nostalgic story.

But will Rey make it back for a holiday celebration with her friends? Tenuous, but Lego is about as Christmassy as you can get.

There’s plenty of Simpsons Christmas specials, but this episode from season seven is the best.

While we get plenty of moments between Homer and Bart over the years, it’s rare that a story focuses on Marge and her son, and this festive special gets emotional.