Below Deck star Captain Lee Rosbach has addressed speculation that he will be leaving the show after nine seasons in charge.

The Bravo favorite has helmed every series of the original show since it first set sail in 2013, wrangling cast members while also making sure to steer clear of rocky waters – and it truly wouldn’t be the same without him.

However, after he was briefly replaced for the debut charter trip of this season, fans were concerned at whether he would be taking a back seat from proceedings in the future.

Our fears escalated when he discussed the antics of the crew during a recent episode on his Captain’s Log, penning: ‘Well, here we are, one more episode in the books. Not sure how much more of this I can take and were only part of the way thru.

But, speaking to Metro.co.uk about the drama on board, the fan-proclaimed Stud of the Sea promised us that he’s staying put. 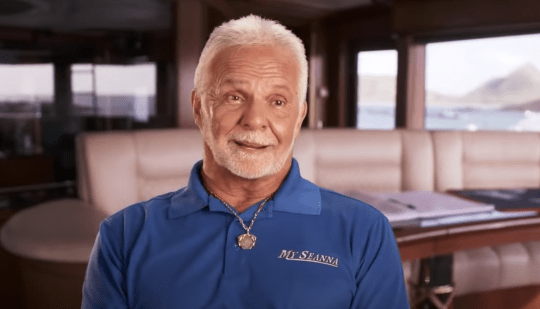 ‘No, I have no plans to leave. I’m still having way too much fun,’ he insisted.

Captain Lee was forced to miss out on the first voyage of My Seanna this season due to a health issue, and was briefly replaced by Captain Sean Meagher as he recuperated.

Speaking in a recent episode, he explained that he suffers with AFib and was hospitalized before getting on board.

Sharing a health update after the scenes aired, he told us: ‘My health is doing fabulous. Everything is back under control and looking better than ever. I’m feeling great.

‘Just before we started this interview, I just got back from the gym, doing my daily routine so I’m still spending two hours a day in the gym.’

Side note: That is precisely two hours more than we do…

In a previous instalment, Captain Lee sat the newly-promoted first officer Eddie Lucas down for a ‘serious-type conversation’ to explain his absence.

‘As First Officer, you have a fiduciary responsibility to know the actual reason I was not here. I was in the hospital,’ he said, before sharing the list of issues he was dealing with.

‘They fixed it, and it’s amazing what they can do these days.’

‘I have a condition that I was born with called AFib, and it’s when your heart will just randomly go into an irregular heartbeat,’ he added in a confessional.

‘They hospitalized me, and they actually burn off parts of your heart that are trouble spots.’

Below Deck season nine is available to stream on hayu with new episodes dropping on Tuesdays.