Sticking by her man. Two weeks after multiple women accused Adam Levine of sexting them while married to his wife, Behati Prinsloo reportedly showed support for her husband at Maroon 5’s first performance since the scandal broke.

As the band played a set at the MGM Grand Hotel in Las Vegas on Saturday, October 1, the pregnant Victoria’s Secret model, 34, watched from the side of the stage, according to multiple reports. The pair’s outing at The Event — the annual charitable gala hosted by Shaquille O’Neal for his titular foundation — comes days after the couple were spotted getting on a private plane in Santa Barbara on Tuesday, September 27.

Levine, 43, found himself at the center of a cheating scandal late last month when influencer Sumner Stroh uploaded a TikTok video accusing the “She Will Be Loved” singer of cheating on Prinsloo with her “for about a year.” Stroh alleged that Levine recently got in touch with her to ask if she was OK if he and his wife used her first name as their third child’s moniker. (Prinsloo announced that she and Levine were expecting their third child just days before the allegations came out.)

The Maroon 5 frontman, for his part, denied cheating on his wife — but did admit he acted inappropriately.

“I used poor judgment in speaking with anyone other than my wife in ANY kind of flirtatious manner,” the Grammy winner shared in statement via his Instagram Story on September 20. “I did not have an affair, nevertheless, I crossed the line during a regrettable period of my life. In certain instances it became inappropriate. I have addressed that and taken proactive steps to remedy this with my family.”

Levine — who shares daughters Dusty Rose, 5, and Gio Grace, 4, with Prinsloo — also berated his actions and promised to do better for his family. “My wife and my family is all I care about in this world,” he continued in the statement. “To be this naive and stupid enough to risk the only thing that truly matters to me was the greatest mistake I could ever make. I will never make it again. I take full responsibility. We will get through it and we will get through it together.” 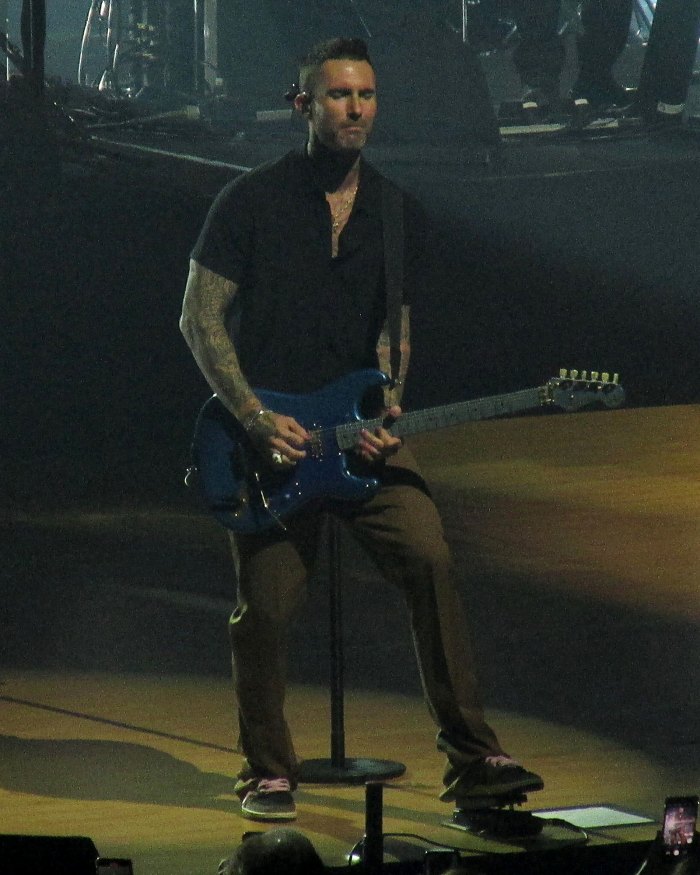 After Levine’s purported DMs hit the internet, they were immediately turned into memes — and mocked on Saturday Night Live on October 1, the same night of his Maroon 5 performance in Sin City.