BBC News has issued an apology after the words ‘Manchester United are rubbish’ were present on its rolling news ticker for a few seconds on Tuesday morning.

The broadcaster is always on hand to keep viewers up to date with the biggest goings-on of the day, on its 24-hour news channel.

However, some viewers tuning into BBC News noticed something seemed a little off on Tuesday.

During a morning sports bulletin, other news stories from the day were put out on the news ticker for viewers to see.

But at one moment, the ticker bizarrely read: ‘Manchester United are rubbish,’ which the BBC quickly apologised for.

A presenter addressed the moment on-screen, hoping not to have ‘offended’ any Manchester United fans.

A trainee seemed to have made a mistake (Picture: BBC)

She said: ‘Just while we’re on the subject of football, a little earlier, some of you may have noticed something pretty unusual on the ticker, that runs along the bottom of the screen with news, making a comment about Manchester United.

‘I hope that Manchester United fans weren’t offended by it, let me just explain what was happening.’ 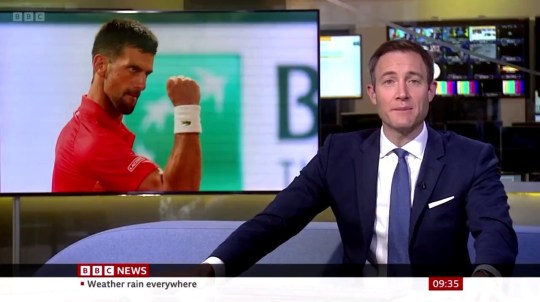 There is also ‘weather rain everywhere’ – according to BBC News (Picture: BBC)

She went on to explain the cause, adding: ‘Behind the scenes, someone was training how to use the ticker and how to put text on the ticker. They were just writing random things, not in earnest, that comment appeared

‘So apologies if you saw that and you were offended and you are a fan of Manchester United.

‘But certainly, that was a mistake and it wasn’t meant to be on the screen, that was what happened. We just thought we better explain that to you.’ 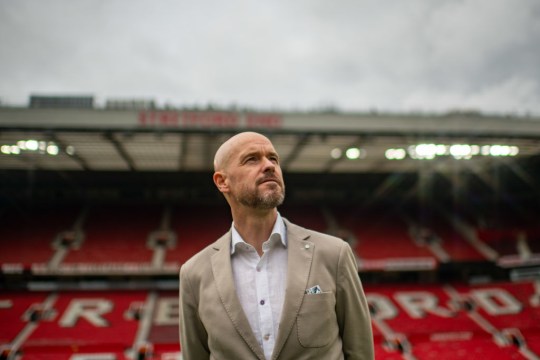 The same sequence, which was played over a report on the French Open, also told viewers there was ‘weather rain everywhere.’

But we don’t think they were particularly wrong about that one.

Viewers quickly reacted to the clip on social media, with one sharing: ‘Neither of the statements I saw were wrong, LOL #accuracy.’

‘Not really news either… everyone knows this,’ someone else said.

A viewer added: ‘To be fair to the trainee, it’s factually accurate. They’ll go far.’