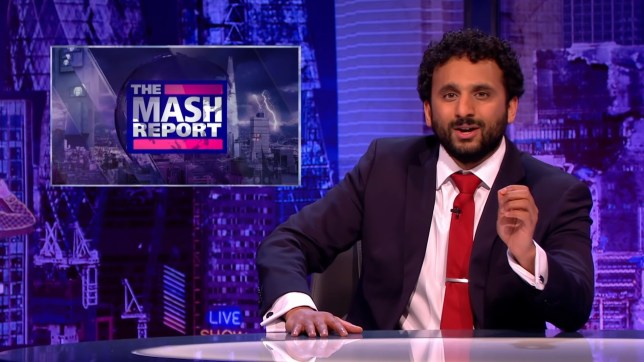 The Mash Report has been cancelled – and viewers are not happy (Picture: BBC) Provider: BBC

The BBC has been hit with complaints after axing The Mash Report.

It was announced last week that the satirical news series, which had been hosted by Nish Kumar since its launch in March 2017 and also starred comedian Rachel Parris, had been cancelled following the release of its fourth series last year.

The corporation has since revealed it has received backlash from some viewers who are unhappy that the show has been decommissioned.

‘We are very proud of The Mash Report but in order to make room for new comedy shows we sometimes have to make difficult decisions and it won’t be returning,’ a spokesperson said in a statement.

‘We would like to thank all those involved in four brilliant series and hope to work with Nish Kumar, Rachel Parris and the team in the future.’

Following the news of its cancellation, Nish, 35, shared a tweet that read: ‘A lot of people are asking me for a comment and here it is,’ alongside a picture of him on The Mash Report gesturing to a screen that reads: ‘Boris Johnson is a liar and a racist.’ 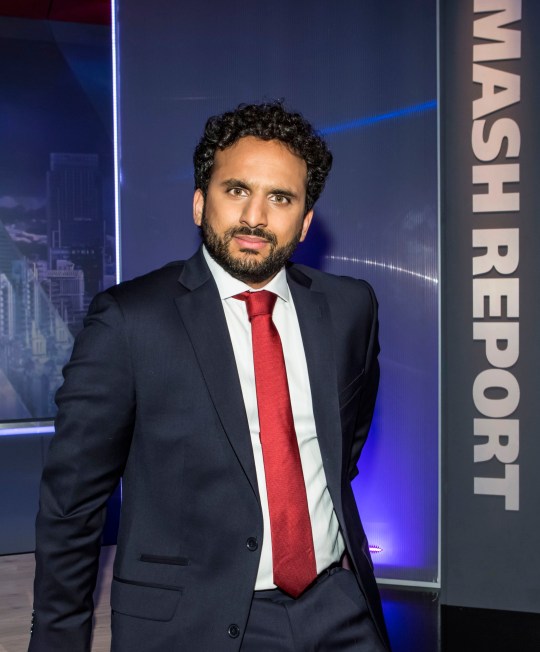 Many fans voiced their disappointment over the show’s cancellation on social media.

‘Gutted to hear the Mash Report has been axed by @BBC It was a quality programme unafraid of ruffling a few political feathers and a brilliant showcase for comedy talent,’ one wrote.

‘They really should reconsider this decision.’

‘It was not as afraid as other programmes to talk about pressing issues including lack of equality that’s still in the news.’

Fans have also launched a Change.org campaign calling for the BBC to save The Mash Report and over 10,000 people have signed it so far.

‘What programmes will be next?’ the description reads. ‘We all pay a license fee, regardless of our personal politics, and that should support a range of content including The Mash Report.

In 2018, broadcaster Andrew Neil singled out The Mash Report while complaining that the corporation’s comedy output was too left-wing.

The Mash Report is available for catch-up on BBC iPlayer.