BBC Breakfast host Naga Munchetty was in fits of giggles and virtually unable to speak as she got the name of Steps’ new song hilariously wrong. 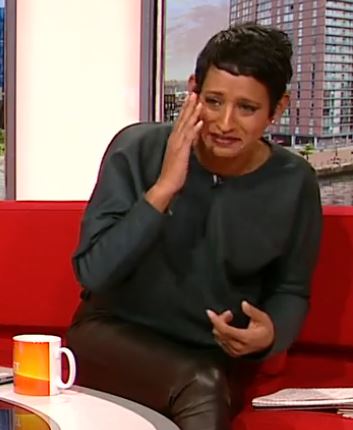 The painful-sounding mistake left Naga, 45, in complete stitches on the show sofa while co-host Charlie Speight sought to set the situation straight.

Amid her peals of laughter, he said: “To avoid any confusion, I think we said the video was Something In Your Eye which sounds medical, like a video you could watch to help you, it’s not that right.”

Meanwhile former Strictly star Naga looked like she was the one with something in her eye as she wiped away her happy tears.

Viewers at home were quick to notice the blunder, with one taking to Twitter to write: “That classic hit that we all need to cheer us up… There is something in your eye…oh @TVNaga01 when you get it wrong you do it in style. #BBCBreakfast.” 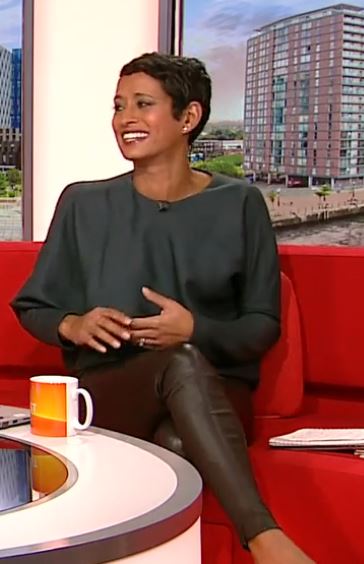 She struggled to contain herself as she pronounced the group’s Something In Your Eyes track incorrectlyCredit: BBC 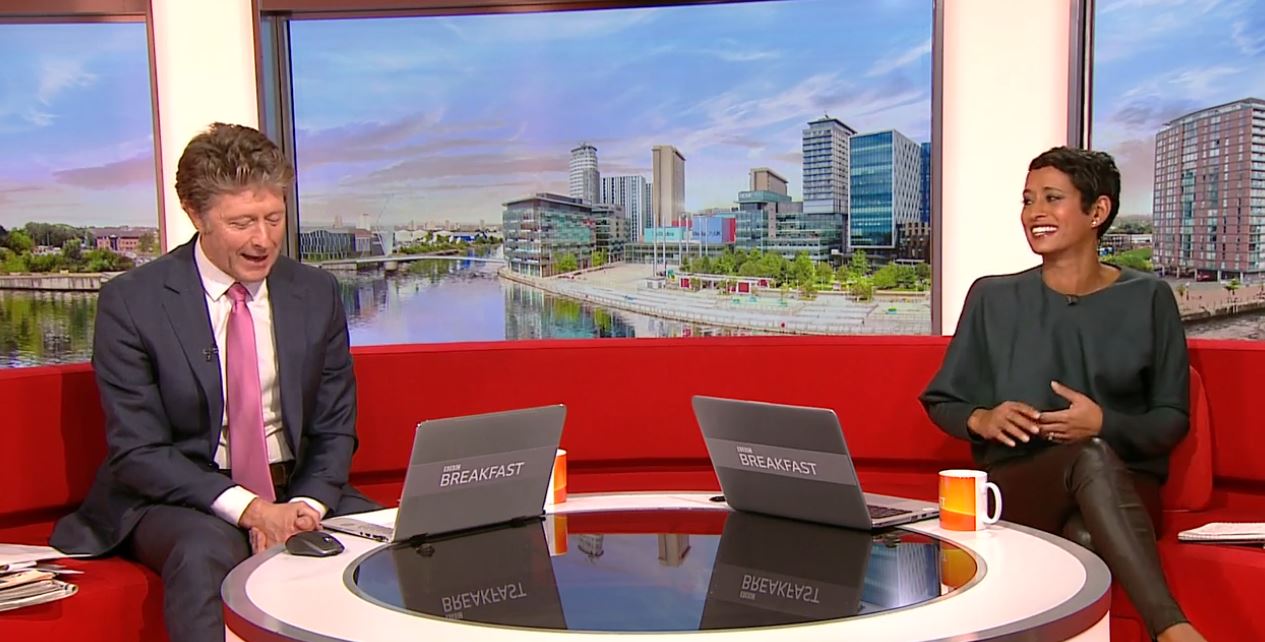 Co-presenter Charlie was forced to clarify her mistakeCredit: BBC 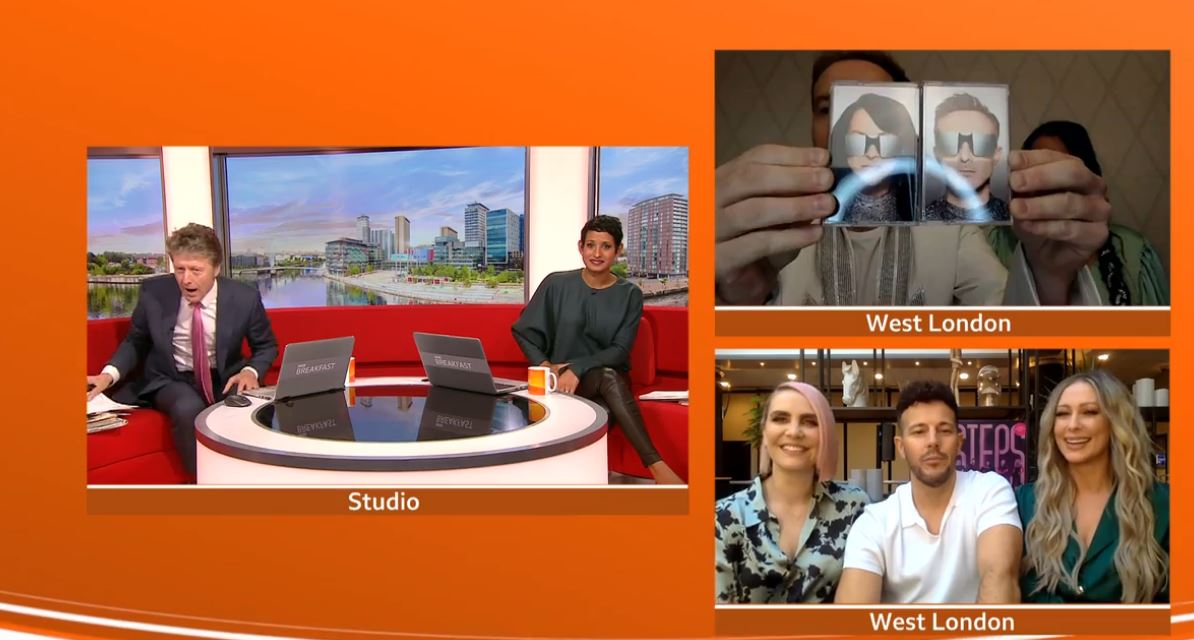 The pop band took the mistake in good spiritsCredit: BBC

Another then posted: “Something in your eyes’ @OfficialSteps? Are you sure that’s not just old age taking it’s toll?! @TVNaga01 is finding it really tough to contain herself. This is the Friday morning fun we all need!”

One then appeared rather angry, and wrote: “Why are Breakfast Presenters so rude? #Steps #BBCBreakfast.”

The presenters, then joined by the pop group via a live video link, then made light of the blunder with the singers.

They compared the track – with its futuristic video and silver dazzling shades – as akin to an “ABBA esq” song, to which they agreed. 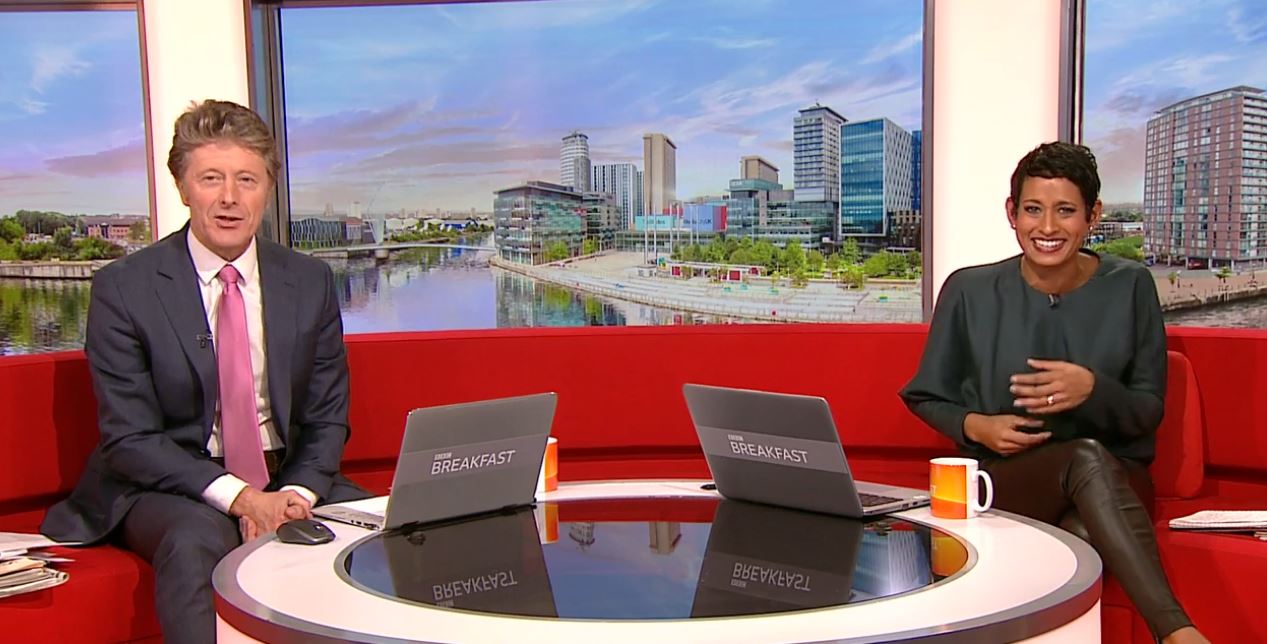 Fans took to Twitter to giggle along with a tickled NagaCredit: BBC 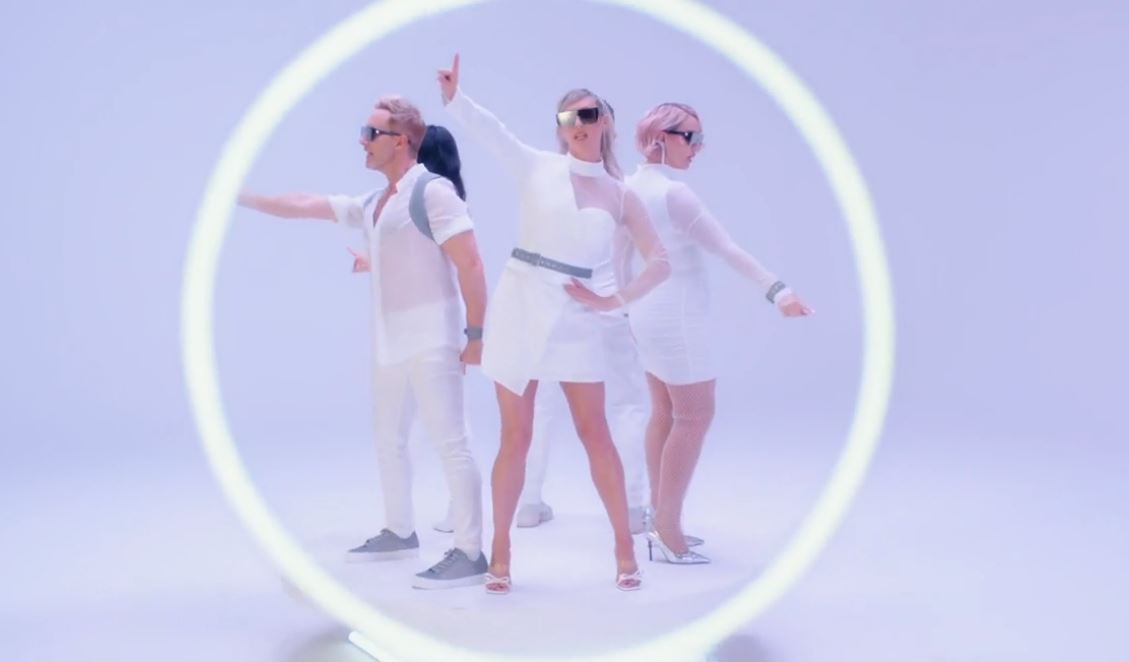 The Sun was first to exclusively reveal 90s favourites Steps’ comeback in September.

It came as vocalist Sia wrote another of their new songs, What The Future Holds.

Claire Richards, Lisa Scott-Lee, Ian “H” Watkins, Faye Tozer and Lee Latchford-Evans staged the most successful comeback of the decade when they returned with a No2 album and 22-date sell-out arena tour in 2017.

But they were unsure whether they could top such unexpected success — until global superstar Sia handed them the new single to record. 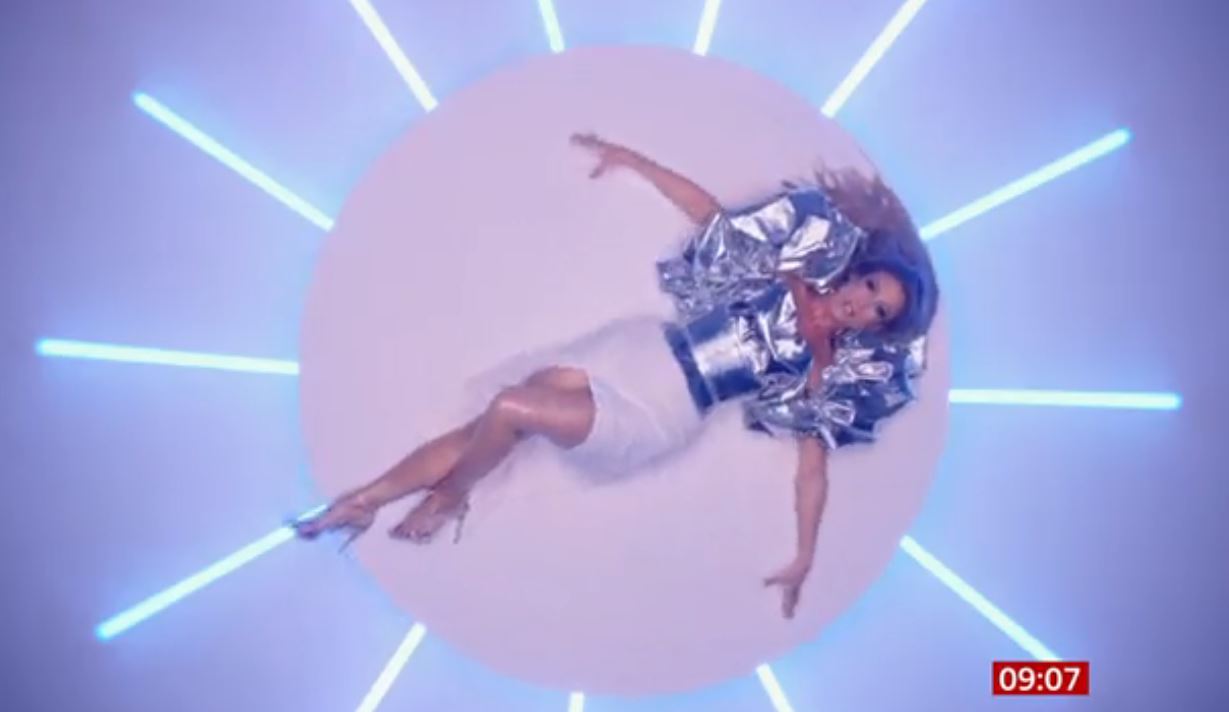 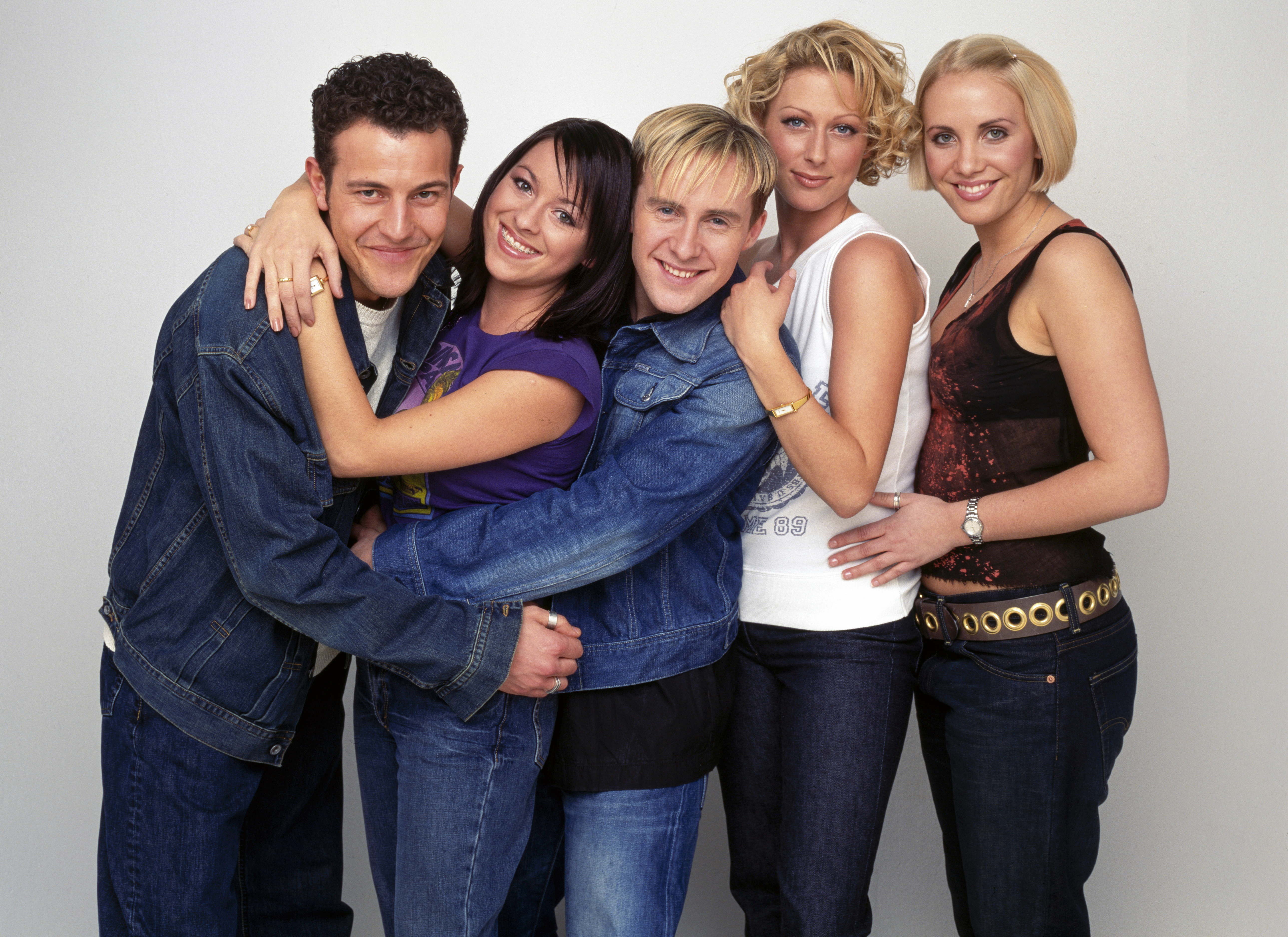 It will appear on their sixth album of the same name.
Sitting down with Bizarre to announce their comeback, Claire said: “We were like, ‘Oh my God, this is amazing’.

“We’d had such a massive success with our last album Tears On The Dancefloor that this second stage of our reunion, we’ve just taken each day as it comes really.

“There wasn’t a ten-year plan. We had that album, we were going to do it, see how it went and make the decision if we wanted to do it again.”