Presenter Jon Kay welcomed two political journalists on Wednesday after Boris Johnson lost his Chancellor and Health Secretary last night in a blow to his leadership. 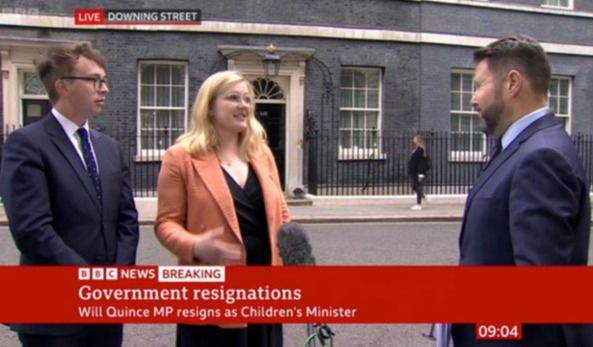 A political journalist dropped a C-bomb in an awkward live blunderCredit: BBC

Anna Isaacs from the Independent and Sebastian Payne from the Financial Times joined the host to talk about how busy their jobs have been since the first two resignations on Tuesday.

Jon then quizzed the pair on tax cuts, asking: “But tax cuts are a possibility now do you think?”

Anna responded: “Well, there’ll be tax cun– cuts to mitigate the fact that we’ve had tax rises, so that was the problem with the narrative yesterday.”

She remained professional despite the awkward blunder, but viewers were too quick to spot the slightly rude mishap. 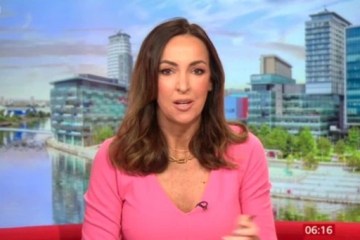 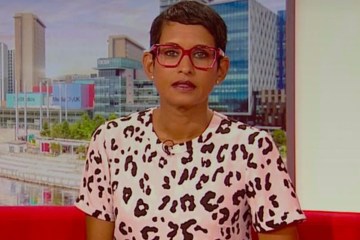 One viewer wrote: “I think someone just said “Tax C***s on BBC Breakfast.”

Another posted: “I believe I heard the same. Is this a new fiscal policy?”

A third echoed: “She did indeed! And she’s not wrong [smiling face].”

“Lady on BBC Breakfast just said tax c***s instead of tax cuts. She’s blagging it, hoping no one noticed,” a fourth chimed in.

Another cheekily joked: ” Tax c***s on the way apparently.”

Jon ignored the mistake and continued to ask the pair about the political climate.

Boris’s leadership had been plunged into fresh crisis last Thursday when The Sun exclusively revealed that Mr Pincher had allegedly groped two men at Tory watering hole The Carlton Club.

In days of bluster, No10 peddled a string of bungled mixed messages about what Boris knew and when. 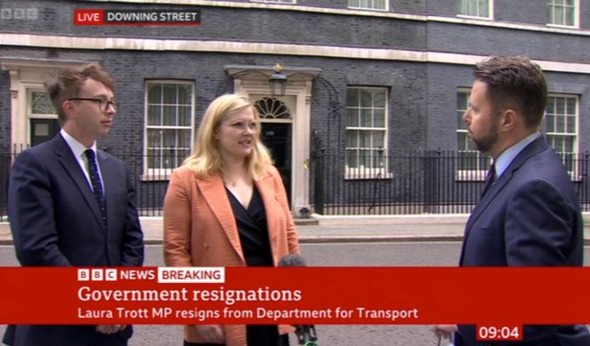