The moodiest drama on TV is back, and this time, Baptiste is heading to Budapest.

But why is it so worth the watch?

To answer that, the show’s stars Tchéky Karyo and Fiona Shaw are on hand to tell you exactly why you shouldn’t miss the final series (and you’ve got just enough time to catch up on the last two before Sunday!).

1. It’s another cracking script from the Williams brothers

Baptiste is a spin-off from The Missing and is the brainchild of Jack and Henry Williams who have elevated the ‘missing person’ drama trope to giddy heights in recent years.

And for Shaw, who joins the cast in the lead guest role, it’s another triumph.

‘These fellas write with such plate-spinning dexterity on every page, you just can’t believe what’s happening,’ says Shaw.

‘Any sense that you’ve got the measure of the piece is completely turned on its head within about five pages. It’s brilliant.’

2. Shaw plays a British ambassador dealing with a personal tragedy

The magnificent Shaw, who is so good in Killing Eve, joins the cast as Emma Chambers whose family go missing and only man can bring them back.

‘They’re both wounded people,’ says Shaw. ‘They have a lot to talk about. It’s a journey of two people: one of whom was a great success but has made a mess of her life now, and one, of course, who had made a mess of his life earlier and has this marvellous gift of intuition.’

Kayro, who plays the retired detective Julian Baptiste, agrees: ‘We see Baptiste at the bottom of himself when, suddenly, through the limbo of the things, he sees somebody is in a situation, an ambassador has lost her family. He’s touched by this woman and thinks maybe I could catch these people, try to help and use my skills.’ 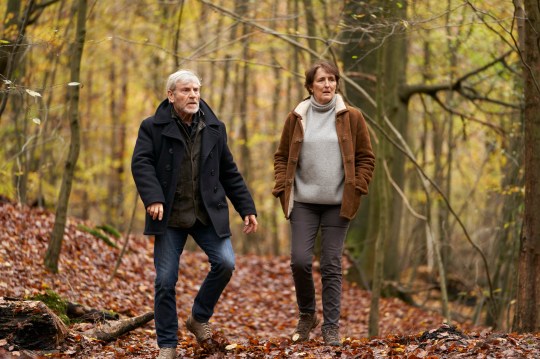 3. The pair got on like a house on fire

Despite both Shaw and Karyo being veteran actors who have worked extensively on stage – this is the first time their paths have crossed.

‘My brothers, who live in France, are big fans of Tcheky so they were over the moon that I was doing this job,’ says Shaw.

‘He’s utterly delightful, very instinctive, he’s a sort of acting animal in that he’s absolutely wedded to resolving with such beauty and elegance. There’s a lot of him in Baptiste. That kind of wise, wry Frenchman.’

Now that may not seem like a reason to be excited – although the usual Baptiste beard is incredibly tidy, let me tell you.

But it plays into a big hook of the series: Baptiste is dealing with a crushing loss that has spiralled him into depression and his bedraggled look plays into that.

‘You know Zarathustra? The guy in the cave?’ asks Karyo. [I pretend I do – it’s Nietzsche, apparently]. ‘Baptiste has come out of the cave and tries to walk on the tightrope and talk to everyone but falls down.’ Or, in the words of my favourite philosopher, Chumbawamba: he’s got knocked down, can he get up again? 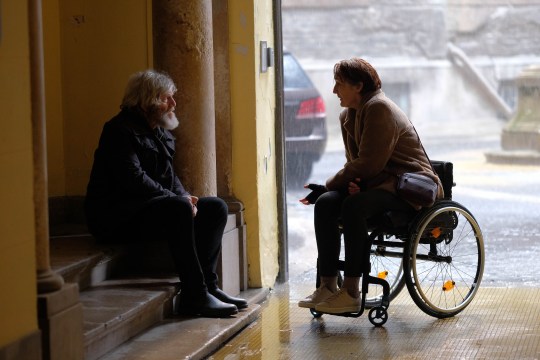 Jack and Henry Williams are keeping very tight-lipped – but this could be the end of the road for our favourite French detective.

Tcheky remains uncertain if the character will return but is open to it: ‘If I’m in a good shape, why not? It depends. It’s not really decided. But it’s such a good character. It’s always an amazing production, they do great work. You see all the actors I’ve been working with, they are fantastic.’

Baptiste returns on BBC1 this Sunday at 9pm.