Domino and Nessie were eliminated in tonight’s Bake Off: The Professionals (Picture: Twitter @BritishBakeOff)

Bake Off: The Professionals has had another elimination tonight, as Nessie and Domino were eliminated from the 2021 series after some more tough challenges.

The baking competition is here with another helping, putting professional pastry chefs through their paces under the stern eye of judges Cherish Finden and Benoit Blin.

Hosts Liam Charles and Tom Allen are back as hosts overseeing the chaos in the kitchen.

In the first challenge, the teams had to tackle cone-shaped desserts and master the art of illusion by creating carrot-shaped desserts, which must taste of anything but.

Sadly Cherish and Benoit were left disappointed by Nessie and Domino’s creations. They said the carrot looked nothing like the vegetable and the cone-shaped dessert tasted ‘slimy’.

‘We have two designs that are rough, this is a competition, that looks absolutely ugly,’ Benoit said of their desserts. 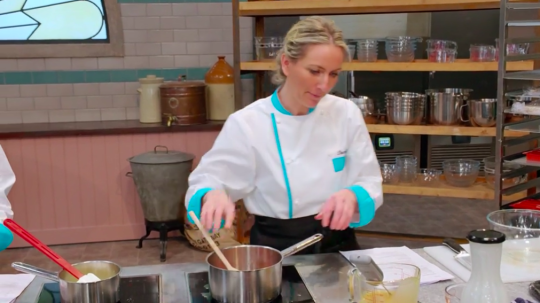 Domino and Nessie were let down by their execution (Picture: Channel 4)

Cherish added: ‘I was hoping for so much from both of you. What a dissapointment.’

Despite the initial negative feedback, they said their creations had a ‘lovely texture and flavour.’

In the final challenge of the episode, the teams had to create a grand occasion showpiece – a Religieuse a l’Ancienne – inspired by the theme of time travel. 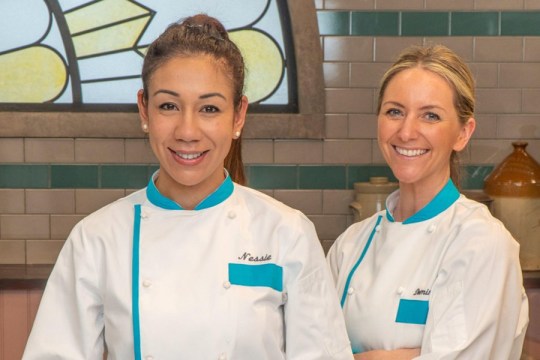 While tasty, their food didn’t have the technicality required (Picture: Channel 4)

Religieuse a l’Ancienne, also known as the old nun, is made up of layers of choux pastry eclairs with layers of shortcrust pastry in the shape of a nun.

Unfortunately, Nessie and Domino failed to impress the judges here as well.

While their rocket-themed dessert was tasty, it lacked skill and the execution let them down.

Even though they were eliminated, Nessie and Domino said they were ‘proud’ of their work and what they had achieved.

Bake Off: The Professionals airs Tuesdays at 8pm on Channel 4.