Back on! The Bachelorette’s Clare Crawley and Dale Moss confirmed their reconciliation after a brief split — and they sealed it with a kiss.

Crawley, 39, and Moss, 32, were spotted holding hands and kissing as they took a stroll along a beach in Florida on Sunday, February 21, according to photos posted by the Daily Mail. The California native dressed in a black bikini and white cover-up, while the former football player wore brown swim trunks. 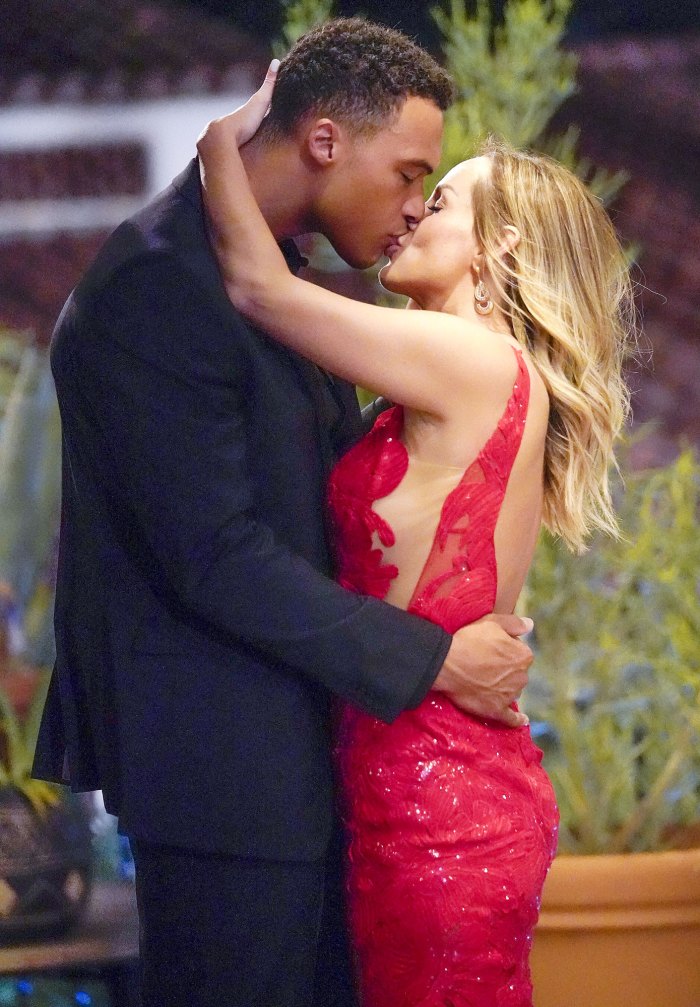 Us Weekly broke the news on Friday, February 19, that the Bachelor Nation pair are back together just one month after they split. “Dale has been pretty secretive with friends when they’re asking if he’s back with Clare, but it’s obvious to everyone that they’re back together,” a source revealed at the time. “They’re just figuring things out and enjoying spending time together.”

A second insider told Us exclusively that the hairdresser’s “love for Dale didn’t just disappear overnight,” noting that she “still has strong feelings for him.”

After meeting during the filming of The Bachelorette in 2020, the pair got engaged and left the show two weeks into filming. Their romance appeared to be progressing in the right direction as they went house-hunting and discussed their interest in having kids someday. 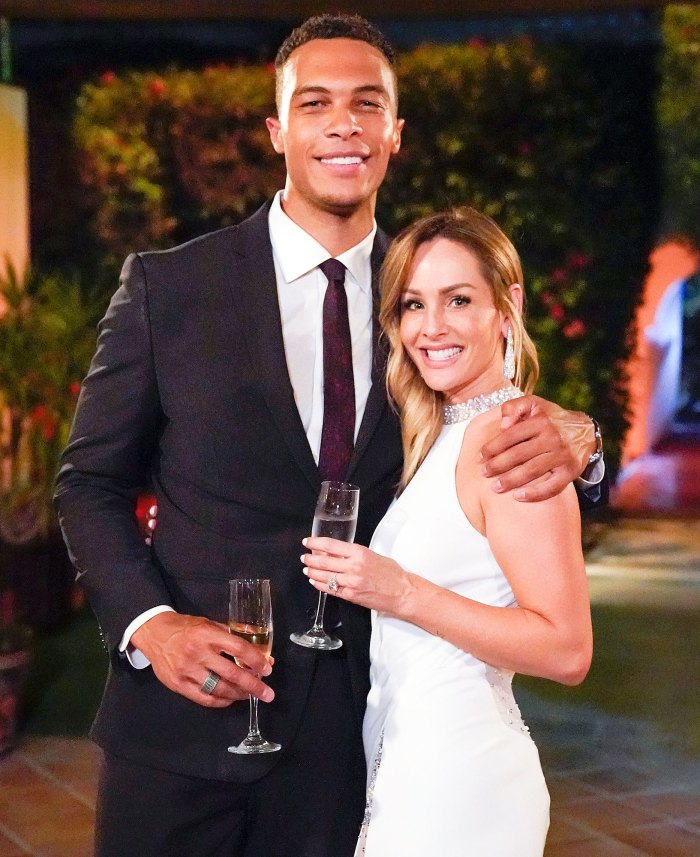 “What I love about Dale is nothing scares him with talking about the future. I talk about babies all the time,” she said on the “Bachelor Happy Hour” podcast in November 2020. “He’s like, ‘Yeah, that’s what I want.’ It doesn’t scare him. I’ll remind him of things all the time. ‘Not getting any younger!’ I’ll say things like that and he’s like, ‘You think I don’t know this? Yeah, let’s do this.’”

Us revealed on January 19 that the pair had called it quits. That same day, Moss confirmed the breakup, writing on Instagram that “this is the healthiest decision for both of us at this time.”

Crawley, for her part, went on to claim that she “was made aware of a ‘mutual’ statement” about the split along with everyone else. “Our relationship was not perfect, but I can say that I was genuinely invested with all of my heart,” she wrote via Instagram on January 21. “I may not have the answers, but I do know this — I will continue to show up, stand by my word and be committed to love.”

The former athlete later told paparazzi in New York City that the separation is “not the greatest situation,” but they still “have a lot of love for each other.”

Crawley and Moss first sparked reconciliation speculation on Tuesday, February 16, when they were spotted holding hands in Florida. From there, the duo were seen hitting up local restaurants Nokomo’s Sunset Hut in Nokomis, Florida, and Rosebud’s Steak & Seafood House in Osprey, Florida. They were also seen holding hands at the Ritz-Carlton resort in Sarasota, Florida, earlier on Sunday.