Not ready for a proposal? Katie Thurston joked about how her season of The Bachelorette will end by sharing a funny TikTok video on Tuesday, June 15.

“SPOILER: Leaked footage for the season finale,” she captioned the clip via her Instagram Story, which showed a rejected proposal between two little kids.

The video, which was filmed on a front door Nest camera and shared by Leah Sherriff, revealed that a little boy named Woods mustered up the courage to ask his friend to marry him. After he got down on one knee, the little girl replied, “No!”

Woods was quick to say, “Jeez, you’re mean” before the girl added, “I don’t want to.” Sadly, the little guy stormed off and threw down a homemade heart as his love yelled, “Woods … Woods! Sorry!”

The Washington native, who made her Bachelor Nation debut on season 25 of The Bachelor vying for Matt James’ heart, has hinted at the season 17 Bachelorette ending multiple times since filming wrapped in April.

“My family searching for a ring,” she captioned an Instagram Story video on April 29, revealing a bare left finger where an engagement ring should be.

Earlier this month, the 30-year-old bank marketing manager told Us Weekly exclusively that she is “happy” with how things played out on the ABC dating show. “I’ve come to learn that everything happens for a reason,” she said. “And that being said, I am happy, yes.”

When fans tuned into the season premiere on June 7, it was clear that the sex-positive leading lady was smitten with Greg Grippo, who she gave the first impression rose.

“What I loved about Greg is he was just true to himself, which was this very nervous, very uncomfortable guy,” the reality TV personality exclusively told Us after the episode aired. “He didn’t try and act cool or, like, be this guy that he’s not. He was just like, ‘This is me and I’m really freaking scared.’ And I thought it was really endearing, you know? And I could tell as long as he opened up, there was something more there. And so I thought, you know, giving him the first impression rose would give him that validation of, ‘I’m into you. Let’s figure this out.’”

Former Bachelorettes and season 17 cohosts Tayshia Adams and Kaitlyn Bristowe, however, told Us that Katie isn’t ruling anyone out or in just yet.

“She keeps her options open [but] Greg is so sweet. I think a lot of people really liked him,” Kaitlyn, 35, said in June. “He really stood out. … I was OK with Greg getting the first impression rose. He deserved it.” 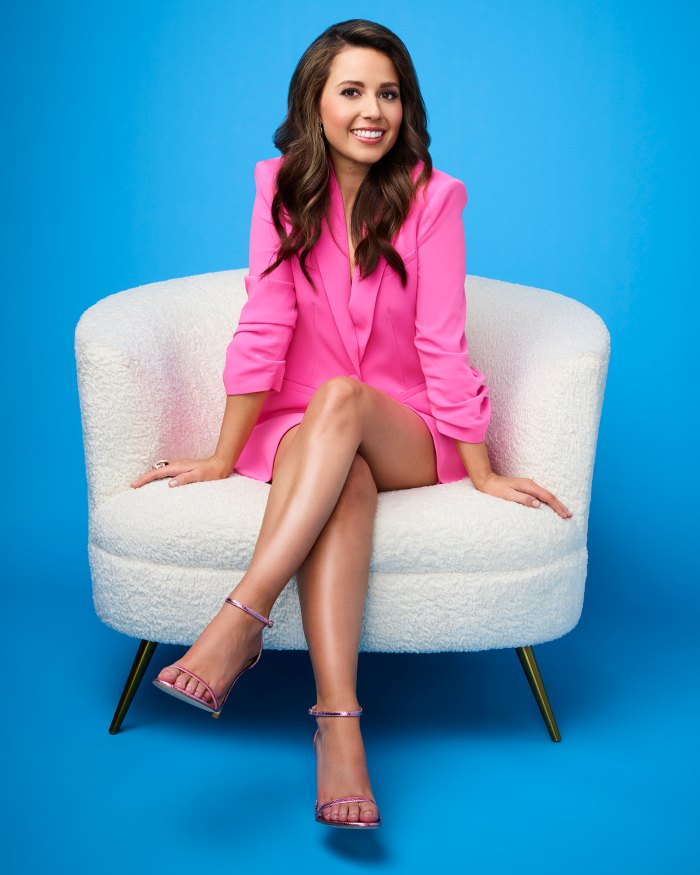 Tayshia, 30, added: “Absolutely. He’s so kind, you can tell how genuine his heart is. So it’s kind of hard not to kind of gravitate to a man like that.”

The Bachelorette airs on ABC Mondays at 8 p.m. ET.