Showing solidarity. The Bachelor producers spoke out in support of Rachel Lindsay after she deactivated her Instagram account due to harassment following her controversial Chris Harrison interview last month.

“As executive producers of The Bachelor franchise we would like to make it perfectly clear that any harassment directed towards Rachel Lindsay in the aftermath of her interview with Chris Harrison is completely inexcusable,” the showrunners wrote in a statement via the Bachelor Nation Instagram account on Monday, March 1.

The statement continued: “Rachel has received an unimaginable amount of hate and has been subjected to severe online bullying, which, more often than not, has been rooted in racism. That is totally unacceptable.” 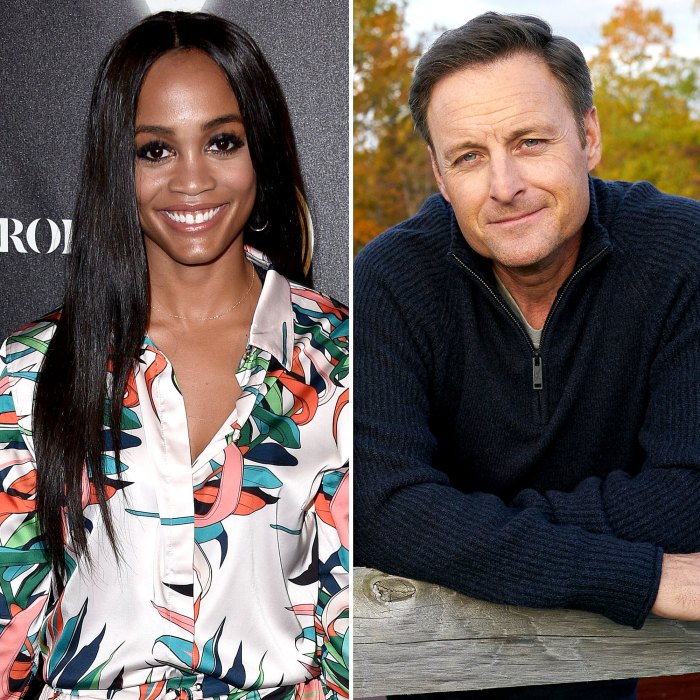 The production team added that Lindsay, 35, has been “an incredible advocate for our cast, and we are grateful that she has worked tirelessly towards racial equity and inclusion.”

The executive producers’ supportive message came less than a month after the former Bachelorette conducted an interview with Harrison, 49, on February 9 for Extra, where he defended season 25 Bachelor contestant Rachael Kirkconnell amid allegations over her past racist actions.

The Bachelor Nation host, who stepped back from his hosting duties amid the controversy, has since apologized for asking for “compassion” for Kirkconnell during his conversation with Lindsay.

“What I now realize I have done is cause harm by wrongly speaking in a manner that perpetuates racism, and for that I am so deeply sorry,” Harrison wrote via Instagram on February 10. “I also apologize to my friend Rachel Lindsay for not listening to her better on a topic she has first-hand understanding of.”

The graphic designer, who is still in the running for Matt James’ final rose, also made a public apology last month, saying she “didn’t recognize how offensive and racist my actions were” in the past.

Kirkconnell, 24, owned up to her “ignorance” after photos surfaced of her attending a plantation-themed event in college in 2018 and after she “liked” photos with a Confederate flag in the background.

The “Bachelor Happy Hour” podcast cohost has continued to face backlash and negative comments on social media over her the interview with Harrison, prompting Lindsay to deactivate her Instagram account on Friday, February 26.

“It’s sad that this even needs to be said, but Chris Harrison is in the position he is in because of what he said, not because of anything Rachel did,” Viall, 40, who had Lindsay as a contestant on his season of The Bachelor, wrote via his Instagram Story on Friday. “If you want to support Chris while he is down, you should be able to do that without showing hate to anyone else.”

He added: “I realize this is obvious to most people reading this, but if you are one of the people who have sent hateful or racist comments to Rachel please take a serious look at what’s in your heart. Your priorities are seriously out of whack.”

Lindsay’s husband, Bryan Abasolo, whom she met on the ABC dating series in 2017, shared a photo of her on his Instagram on Friday in support of her amid the controversy.

“I love you, I appreciate you, I believe in you and I just wanted to let you know how proud of you I am,” he captioned the snap. “Keep going and never stop being you and fighting for what’s right ❤️??.”