According to the court docs, which Us obtained, the Texas native was charged in October with murder in his home state. TMZ was the first to report the news.

According to the outlet, he was arrested after an alleged verbal altercation with a local man, Carlos Veliz Jr., early in the morning on August 31. The dispute ended with Veliz being shot in the head, which the medical examiner confirmed was fatal.

The body was found in a convenience store parking lot, and security footage from local businesses showed someone operating an SUV while they argued with Veliz. Gabriel was later arrested after he was found to have rented an Eclipse Crossover and owned a shirt similar to the one seen in the video. Gunshot residue was found in the rented car, on Gabriel’s hands and on his gloves.

Gabriel previously served four years in prison, which his brother openly discussed during his tenure on The Bachelorette season 16.

“Especially with George Floyd and police brutality, that’s something that really hit home for me,” the Bachelor in Paradise alum 29, opened up to show lead Tayshia Adams about his younger brother’s experience during a November 2020 episode. “You can only imagine how much wilder it could be in prison. My brother used to tell me stories about how these correctional officers, like, beat him up. And I felt so bad because my first question was like, ‘Well, Gabe, what did you do?’ It doesn’t matter. No matter what George Floyd did either way, or what my brother did, these people have a job to do and they need to do it right. They can’t just be hurting people for no reason.”

As the engineer fought for the 31-year-old “Click Bait” podcast host’s heart on the ABC dating series, the duo often bonded over their experiences as minorities while navigating 2020’s Black Lives Matter protests.

“Honestly, it just inspired me more than anything. I never thought in my lifetime — our lifetime — that so many people would come together for one common cause,” Ivan explained on the show. “I really never thought that. … We’re both biracial, have Black dads, and we have this beautiful love story developing. This is just so big.”

Upon Gabriel’s release, he sat down with the California native during Ivan’s hometown date segment after his surprise appearance.

“The biggest surprise of the night was my brother was here,” Ivan explained during a confessional interview. “It was just, like, such a range of emotions and it meant the world for me. It’s very special for me to have my brother here; he grew up by my side and knows me best. At the end of the day, he’s my best friend, so I’m very excited for Tayshia to meet him.” 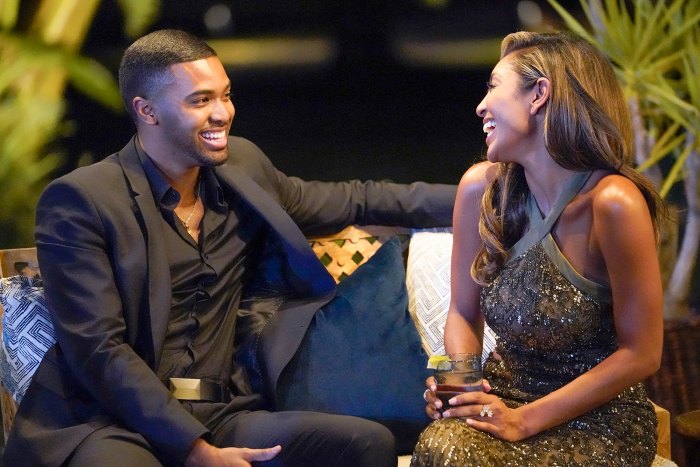 Gabriel, for his part, gushed over his brother at the time.

“I mean, everything you said, I could say the same about you,” Gabriel told his brother on the show. “You’re my best friend, I look up to you. It’s just unfortunate that when I got dropped in the water, you guys had to learn how to ride the waves as well.”

He later added in a confessional, “Seeing Ivan, I felt revitalized. He’s demonstrated his love for me as a brother. He’s helped guide me and I’m just grateful that I was able to show up and support him in this righteous endeavor.”