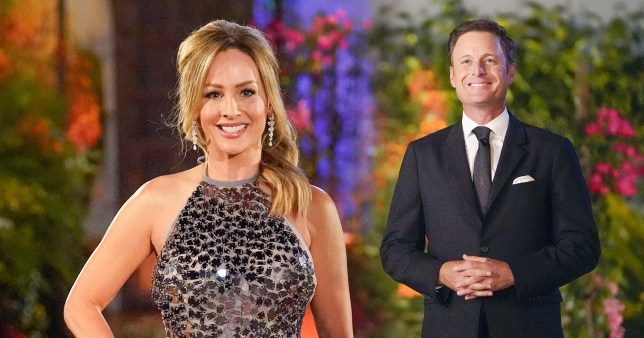 Bachelorette host Chris Harrison says there is a ‘double standard’ between men and women on the popular franchise (Picture: ABC)

Bachelorette host Chris Harrison has shared his thoughts on the ‘double standard’ between men and women in the Bachelor franchise.

The long-running host opened up about the debate during his recent appearance on the Better Together with Maria Menounos after the controversial strip dodgeball group date.

Chris mused: ‘Would we have played strip dodgeball with the women? No. Is that a double standard? Yes.

‘Should there be double standards in the world? Maybe. In some cases, maybe there should be.’

Chris added: ‘But that doesn’t mean you’re against equality. Are there double standards and should there be? I think that’s a great question.’

He then explained: ‘[The group date] had a lot to do with where we were and the fact we were limited with what we could do this season. One thing I love about the show is that it pushes those boundaries and starts these debates. 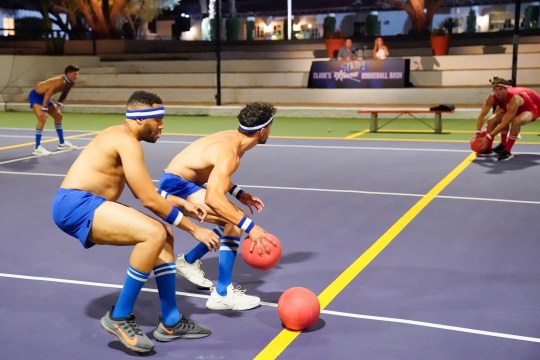 ‘Clare did tell the guys to take it off and then it was up to the guys to say now. I found it very interesting to see the response on social.’

In one of the early group dates of Clare Crawley’s episodes  — who has since been replaced as by Tayshia Adams — the guys had to play a game of ‘Strip Dodgeball.’

Viewers were shocked to see that Clare asked the men to strip off completely, with many of them willing to get rid of all their clothing.

One contestant, Yosef, later attacked Clare for the task as he calling the game a ‘distasteful and classless display’.

He made it clear he was ‘appalled’ that it took place as he added: ‘I expected a lot more from the oldest Bachelorette that’s ever been.’

The Bachelorette airs Tuesdays on ABC, while episodes are available to stream on hayu in the UK.